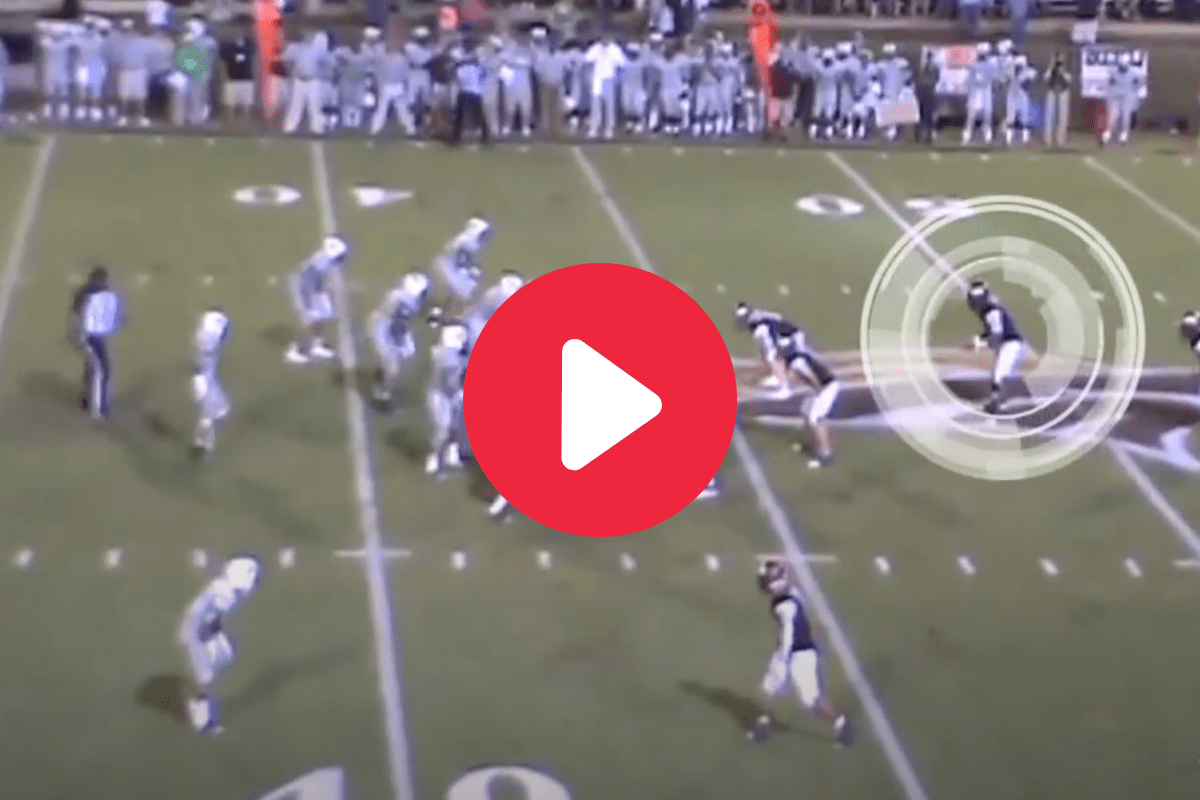 Before Kerryon Johnson was dominating at Auburn University and establishing himself in the NFL, he was a highly-touted high school running back.

His highlight tape displays why he generated so much interest as a prospect.

As seen here, Johnson breaks tackles with ease, whether he lined up in the backfield or as a wide receiver. He doubled as a defensive back, though his future was always on offense.

Johnson is a Huntsville, Alabama native, and he attended Madison Academy High School.

As a sophomore, he led the Mustangs to a state championship over Dale County. His junior year was slowed by injuries, but Johnson rebounded in a big way as a senior, to the tune of 1,659 rushing yards and 33 touchdowns. He also forced multiple fumbles and picked off a handful of passes on the defensive side of the ball.

His fantastic final season was capped off by being named Alabama’s “Mr. Football.”

Johnson didn’t play much during his freshman season, but when the Tigers started to utilize him, the results followed.

In his three-year career, Johnson totaled 32 rushing touchdowns. In 2017, the Tigers reached the SEC Championship, but they fell to Georgia, eliminating Auburn from College Football Playoff consideration.

No SEC running back graded higher than Auburn's Kerryon Johnson this past season pic.twitter.com/NAbWB2gxMk

Johnson had done enough to prove himself at the college level and was ready for a new challenge.

Kerryon Johnson on the Detroit Lions

With the #43 overall pick in the 2018 #NFLDraft, the @Lions select RB Kerryon Johnson (@AyeyoKEJO)!

Johnson heard his name called on ESPN as the Detroit Lions selected him in the 2018 NFL Draft.

Matthew Stafford’s team has dealt with its fair share of struggles over the last few years, and Johnson hasn’t exactly helped the Lions move up the ranks in the NFC North. His rookie year was solid, but a knee injury forced him to miss six games.

He hasn’t been as involved with the offense since 2018, but the hope is that he will one day excel against the rival Chicago Bears, Green Bay Packers, and Minnesota Vikings twice a year. Admittedly, that is looking less and less likely.

Kerryon Johnson may not be the dynamic force many expected him to be, but he has still carved a role out for himself in the NFL. His high school highlights prove that if he can remain healthy, he can be a star.

MORE: What Happened to Takeo Spikes & Where is He Now?