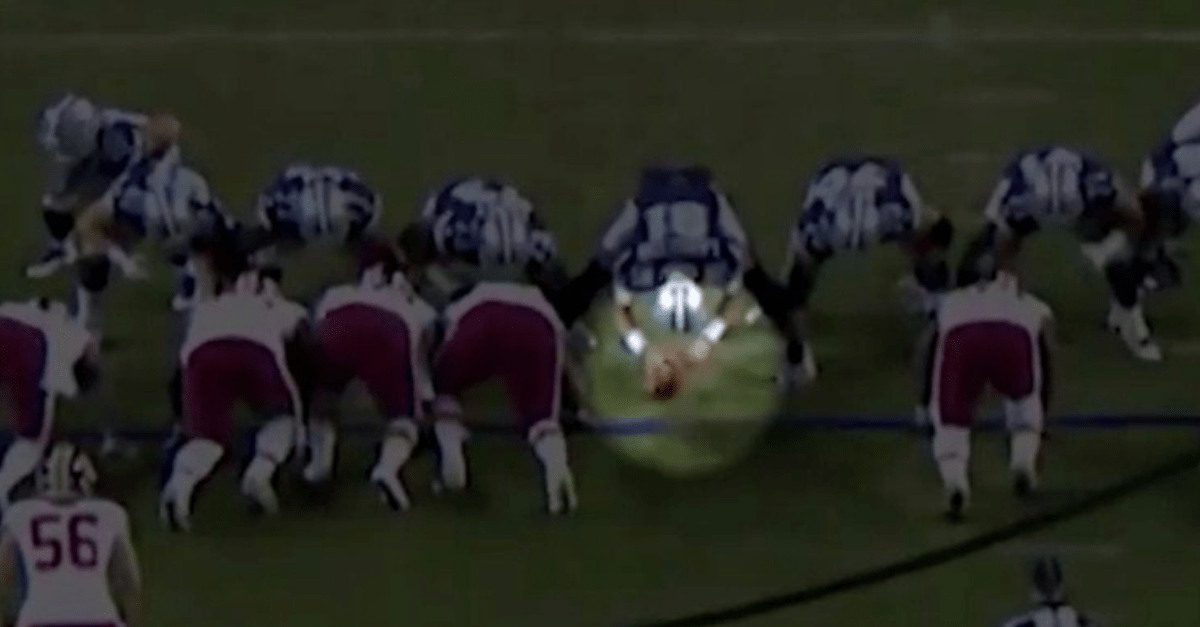 For well over a decade, L.P. LaDouceur has been rock solid at snapping footballs for the Dallas Cowboys? special teams. Things might not always go perfectly, but the veteran long snapper is about as consistent as it gets in the National Football League. However, on Sunday afternoon, he was caught doing something wrong and it proved to be costly and rather controversial.

Lined up for a 47-yard game-tying field goal with three seconds remaining, LaDouceur was flagged for a false start, a snap infraction that costs the Cowboys five yards. Normally, this wouldn?t be a huge deal, except kicker Brett Maher drilled the left upright as time expired and Dallas fell to the Washington Redskins, 20-17, at FedExField.

That penalty, those five yards, made a massive difference in the football game.

“The illegal ball movement by the center in #DALvsWAS causes the defense to come across the neutral zone and contact a lineman.” -AL pic.twitter.com/Cv8Ugwb99p

The NFL clearly backed the referee who made the call, reassuring the world on social media that throwing the flag was the correct thing to do, but for a veteran in his 14th season being called for the same thing he always has throughout his entire career is a little wild.

A native of Montreal, Canada, the 6-foot-5, 255-pound LaDouceur was selected in the fourth round of the 2004 CFL Draft before signing with the New Orleans Saints as an undrafted free agent in 2005. After being waved a few months later, he signed with Dallas and has been with America?s Team ever since.

LaDouceur, a California alum who made the Pro Bowl in 2014, is the last active Cowboy to have played for head coach Bill Parcells.

And after all of these years, this is the first time he?s ever been flagged for this illegal ball movement snap infraction? Either he did do something differently, or the 37-year-old LaDouceur might be getting a lot more penalties in the future.

At the end of the day, Maher should have made the kick, but this definitely caused an uproar and taught even the casual fan who is the long snapper for the Dallas Cowboys.