Mac Jones was the face of Alabama football during a wild and wacky 2020 NCAA season. Of course, the University of Alabama Crimson Tide football team was (and will always be) head coach Nick Saban's baby, but the former Alabama quarterback was the key cog as they navigated a 10-game SEC season against teams like LSU, Georgia and Auburn in the Iron Bowl.

Jones was a junior who played his high school football at The Bolles School in Jacksonville, Florida. He took the reigns from Tua Tagovailoa after he departed for the NFL. The 6-foot-2 signal caller earned four starts during the second half of the 2019 season after a hip surgery ended Tagovailoa's season, and Jones played to the tune of 1,503 passing yards, 14 touchdowns and just three interceptions (let's focus on the Citrus Bowl win over Michigan instead of the loss to Auburn).

Jones' girlfriend wound up becoming a familiar face at Bryant-Denny Stadium in Tuscaloosa, and she's been by his side throughout his first season as the New England Patriots starting quarterback. 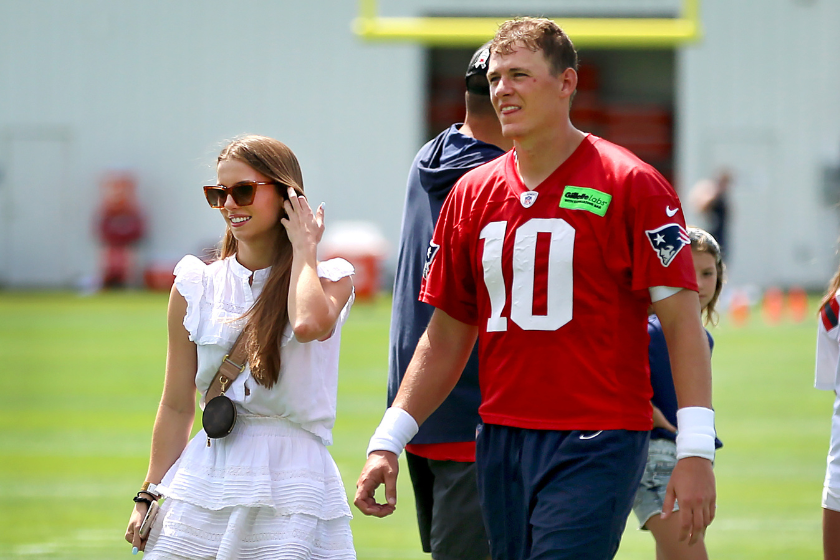 RELATED: Mac Jones' Parents Were Star Athletes Before He Was

Former Alabama quarterback Mac Jones is dating Sophie Scott, a fellow Alabama alum. Scott hails from St. Louis, Missouri, and arrived on campus in 2018, according to her Facebook.

Scott is a member of the Alpha Chi Omega sorority and posts about it often on her Instagram. She's also partnered with clothing and jewelry companies on her social media accounts, according to "Page Six." Jones and the 23-year-old Scott have been Instagram official for quite some time. On September 6, 2019, Jones posted a photo with her accompanied with the caption, "September babies @sophiescott9." More than a year later, the two celebrated their one-year anniversary of dating. Scott posted a photo on Instagram, writing "One year with you @macjones_10" on September 19, 2020.

After Mac Jones declared for the 2021 NFL Draft, she offered her support. She also gave fans a teaser of what she would be wearing at the draft on her Instagram story. "I'm so proud of you for following your dreams and declaring for the 2021 NFL Draft. I'm so excited to see where the next chapter takes us!" she wrote.

She Works at an Orthopedic Clinic 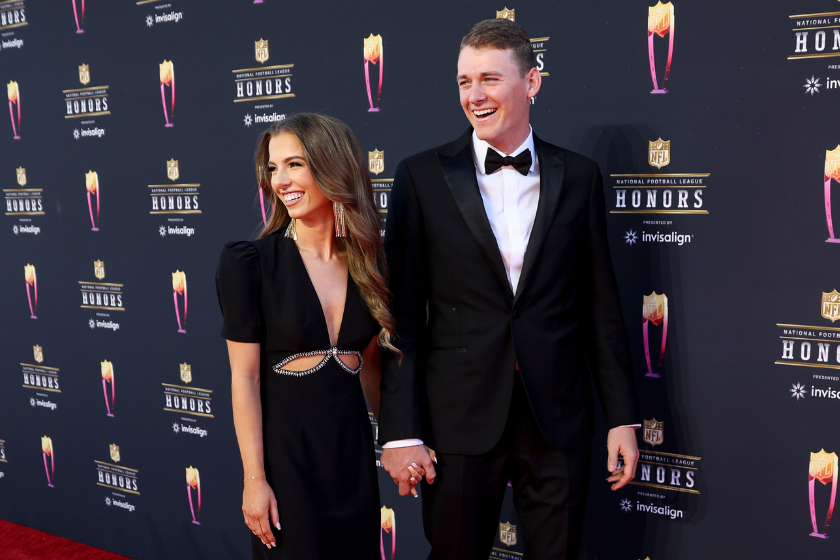 Scott must be a pretty smart girl judging from the work she does. Simply put, Scott is not one of your typical WAGs.

Per her LinkedIn, she works at the University Orthopaedic Clinic & Spine Center in Tuscaloosa as a part-time physical therapy and occupational therapy aid, a position she started in August 2019. It's unclear if she still works there since Mac's new gig with the Patriots. Scott previously interned for Alabama's football team as a sports medicine intern in the summer of 2019. That may have been how she met Jones, but that's still unknown.

Two years ago, she announced on her Facebook that she had been chosen as a finalist for an orthopedic clinical research internship at the Children's Hospital Colorado in Aurora, Colorado. However, the summer internship had was canceled due to the coronavirus pandemic and COVID-19 outbreak.

"I feel for all of the college students who are missing out on opportunities similar to mine, but I am grateful for my health at this time and looking forward to applying again next summer," she wrote in a public Facebook post.

As Sophie Scott continues her trending career, she may have to prepare to become the next Katherine Webb. Everyone saying "roll tide" in Tuscaloosa already knows her name and the NFL does now, too.

When kickoff came on each Saturday night, from the SEC Championship in Atlanta to the star-studded matchup against the Ohio State Buckeyes in the national title game in Miami's Hard Rock Stadium on ESPN, she cheered on the Crimson Tide.

Mac Jones is going to add his name to an impressive recent history of Alabama QBs in the NFL including Tagovailoa and Jalen Hurts. He was one of the best in the 2021 NFL Draft class that included Trevor Lawrence, Zach Wilson, Justin Fields and Trey Lance. He was selected with the 15th overall pick.

She Helped Him Learn the Patriots Playbook 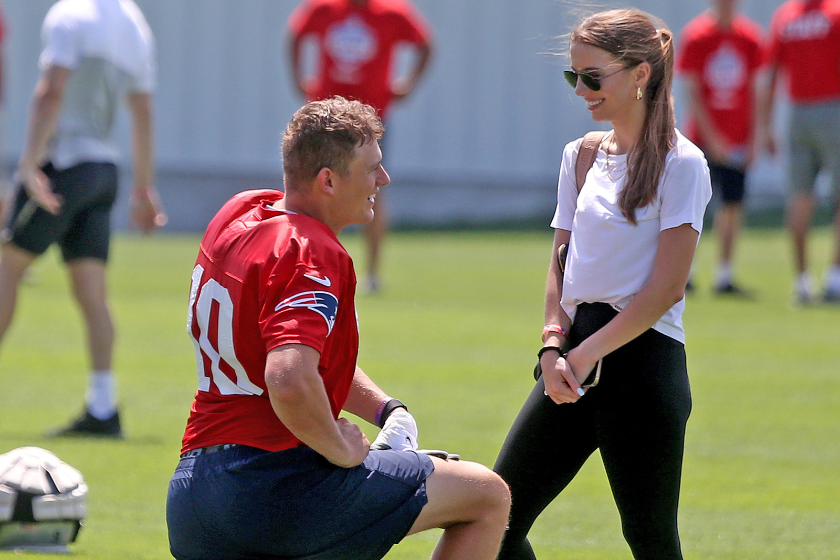 Jones is a Patriot now, which means Sophie likely already has his jersey to wear to games at Gillette Stadium in Foxborough, Massachusetts.

She's more than just a girl in the stands, though. She apparently helped him learn the team's playbook by doing walkthroughs of plays in their yard before the season. That takes "living at training camp" to a whole new level.

"She does a good job. Most of the time she just walks through [plays] in the yard. Yeah, she helps me a lot," he told WEEI's "Merloni and Fauria."

Well, it certainly seemed to work. Bill Belichick and the Pats went 10-7 and made the AFC playoffs in Mac's rookie season under center. Maybe Sophie can help him and his team get back to the dominance fans were used to under New England's former power couple, Tom Brady and Gisele. But that means more backyard walkthroughs ahead of games against the Miami Dolphins, New York Jets and Buffalo Bills.

This post was originally published on September 21, 2020 before updating.

MORE: Trevor Lawrence & His Wife Are the NFL's Next "It Couple"