Can’t Wait for Football? This Madden 19 Simulation Has All Your Answers 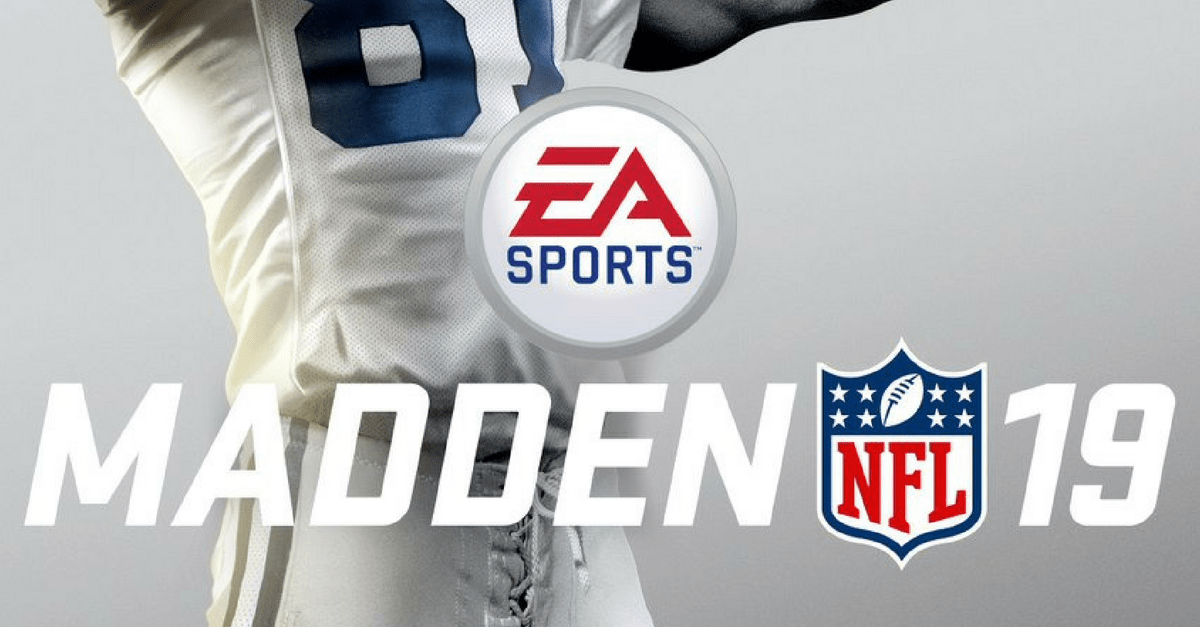 When the NFL season kicks off on September 6 when the Philadelphia Eagles host the Atlanta Falcons, it will officially ring in another round of fantasy football leagues battling it out for supremacy, quarterback drama, and more than a few cases of burger-induced heartburn.

Football is so close, yet so far. At this point, we’ll do anything to know what’s going to happens — even that means simulating the entire season on the latest version of Madden 19 to quench our undying thirst for NFL football.

Yahoo! Sports simulated the entire season, and boy did it dig up more than a few gems.

From the league’s top performers to the Super Bowl champion, anything to get the wheels turning on legitimate NFL football is a welcome sight.

Time to get excited, make a prediction, laugh, and maybe even cry at the Madden 19 simulated season results.

Don’t worry, there are no predictions about who kneels during the national anthem.

The Cleveland Browns are the talk of the NFL with their appearance on ‘Hard Knocks,’ and they have more than a few toys to play with this season. Cleveland finished the season 8-8, the biggest turnaround in the NFL, and tied the Pittsburgh Steelers for the best record in the AFC North. Tyrod Taylor and Baker Mayfield split time, but Mayfield came out on top posting 2,181 yards, 15 TDs and 7 interceptions in his rookie season.

Not a surprise since Mack and the Raiders have been struggling to come to terms on a long-term deal.

He might not even be with the Oakland Raiders this season, but that didn’t stop Mack from leading the simulated NFL season in sacks. The two-time All-Pro led the best defense in football to a great season, adding 12 tackles for a loss onto his resume. If he actually shows up in time, there’s no reason this prediction doesn’t become reality.

3. We Answer the Question: Is Joe Flacco Elite?

People who chooses MOES over Chipotle are the same people who believe the Earth is flat and think Joe Flacco is an elite QB.

Apparently not. Madden dumped Flacco early on and brought in new quarterback Lamar Jackson, who went out and balled. Baltimore didn’t have the best season, but Jackson threw for 3,800 yards and 25 TDs in his rookie season. Sorry, Joe. Your time is up.

The 49ers get to the playoffs for the first time since 2013, and Jimmy G racks up 4,097 passing yards and 25 TDs against 10 INTs in the process. He hasn’t lost a game yet as an NFL starter, so 16-0 seems like a little much. He’ll lose eventually, but that doesn’t mean Garoppolo can’t put up video game numbers in real life this year.

The New England Patriots went 12-3-1, and old Tom Brady styled on the league again. His 4,839 yards led the league, but that wasn’t enough to get New England to the Super Bowl. Brady retires at the end of the season, probably because he hates Bill Belichick in the video games, too.

6. NFL Legends Hang It Up

Larry Fitzgerald has averaged 91 receptions 1,141 yards, and 8 touchdowns a season during his 14 year career 👀 pic.twitter.com/rI3eAmHlhL

In addition to Tom Brady, Eli Manning, Marshawn Lynch, Terrell Suggs, Brandon Marshall, Larry Fitzgerald, and Frank Gore all retire at the end of the simulated Madden season. This one is a stretch, but at least a few of these guys will most likely be playing their final years of actual football in 2018.

8 months ago, Carson Wentz tore his ACL. With some unfinished business…What's Next? #FlyEaglesFly pic.twitter.com/VhkVaDIa3a

Brady outclassed the Philadelphia Eagles quarterback at every turn, but it was Wentz who took home the league’s top hardware. The Eagles put up a 13-3 record as Wentz threw for more than 4,100 yards and 42 touchdowns, leading Philly to another AFC East title and their second consecutive Super Bowl appearance. They didn’t have the same luck, though…

Tony Romo has Jaguars and Packers in the super bowl🤨

Who is your Super Bowl pick?

Believe it, Jags fans. The team that was so close in 2017 gets to the promise land and delivers Jacksonville its first championship on the legs of Leonard Fournette and the league’s most punishing defense. They knock off the Eagles in a barn burner, 13-7. We’ll see how well this one plays out in real life.

9. OBJ Gets Paid… Just Not by the Giants

Odell Beckham Jr is the only player in NFL history to record at least 90 receptions & 1,300 receiving yards in each of his 1st three seasons.

Despite playing just 4G in '17 after being placed on IR w/a an ankle injury, his 38 career TD catches are still 2nd in the NFL since '14.

Odell Beckham Jr. didn’t get his extension from the New York Giants after the season. Instead, he signed a fat 4-year, $97.6 million contract with NFC East rival Washington Redskins. The Skins!? Pair Alex Smith and Odell in our nation’s capital, and I’ll definitely be getting a copy of Madden 20 to play with them.

READ MORE: “The Catch” Legend to Be Honored with One-Of-A-Kind Statue