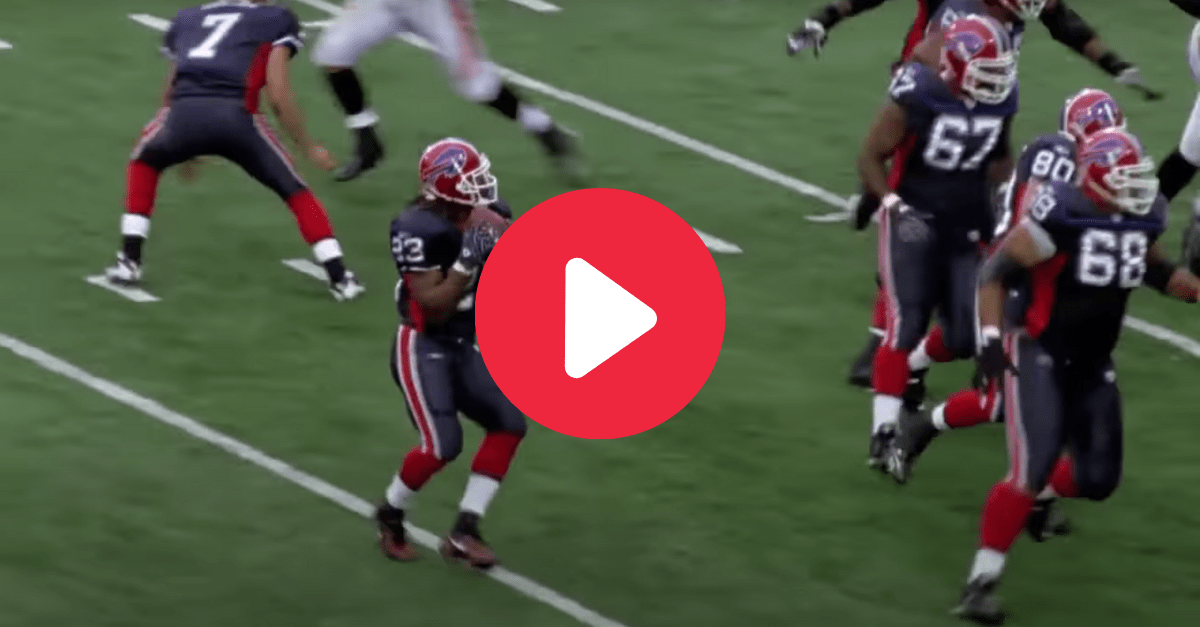 Marshawn Lynch is the ultimate fourth-and-goal running back. Beast Mode will stop at nothing to drive his way into the end zone. The Seattle Seahawks are still complete fools for passing instead of giving him the rock against the New England Patriots in Super Bowl XLIX. I mean, the guy literally caused the ground to shake on the “Beast Quake.”

The 13-year veteran NFL running back out of Oakland, California, has amassed more than 10,000 rushing yards and nearly 100 touchdowns with the Seattle Seahawks, Oakland Raiders and Buffalo Bills. It doesn’t take a rocket scientist to tell that Lynch was a special ball carrier, but many might know he has a decent arm.

In fact, when he was a wide-eyed rookie with the Bills in 2007, he threw the first and only passing touchdown of his career.

The Bills beat the Cincinnati Bengals in a home regular season matchup in ’07 by a score of 33-21. The team from Buffalo scored 17 unanswered points in the fourth quarter to stage quite the comeback.

The real storyline, however, was Marshawn Lynch’s spiral.

Lynch took a pitch at the eight-yard line and, instead of putting his head down to blast through defenders, looked up for an open receiver. He found tight end Robert Royal in the end zone for the easiest passing touchdown by a running back you’ll ever see.

The best part? He was mic’d up for the whole exchange.

“See that tight spiral?” Lynch asked a teammate and a coach afterward.

“Out there looking like the black Brett Favre,” one of them responded.

Lynch, a first-round pick in the 2007 NFL Draft out of California, added another touchdown run afterward and finished with 153 rushing yards. He finished his rookie season with 1,115 rushing yards and, of course, this spectacular touchdown pass.

The Bills traded the future All-Pro and Pro Bowl halfback to the Seahawks in 2010 for two draft picks. Those were used to draft tackle Chris Hairston and linebacker Tank Carder, both of whom were out of football by 2017.

Considering Beast Mode was still bulldozing dudes in 2019, I’d say the Bills are kicking themselves. Heck, Lynch may have (no, definitely) even been more accurate than Nathan Peterman.