Mason Rudolph Found His Match With A Tennis Star 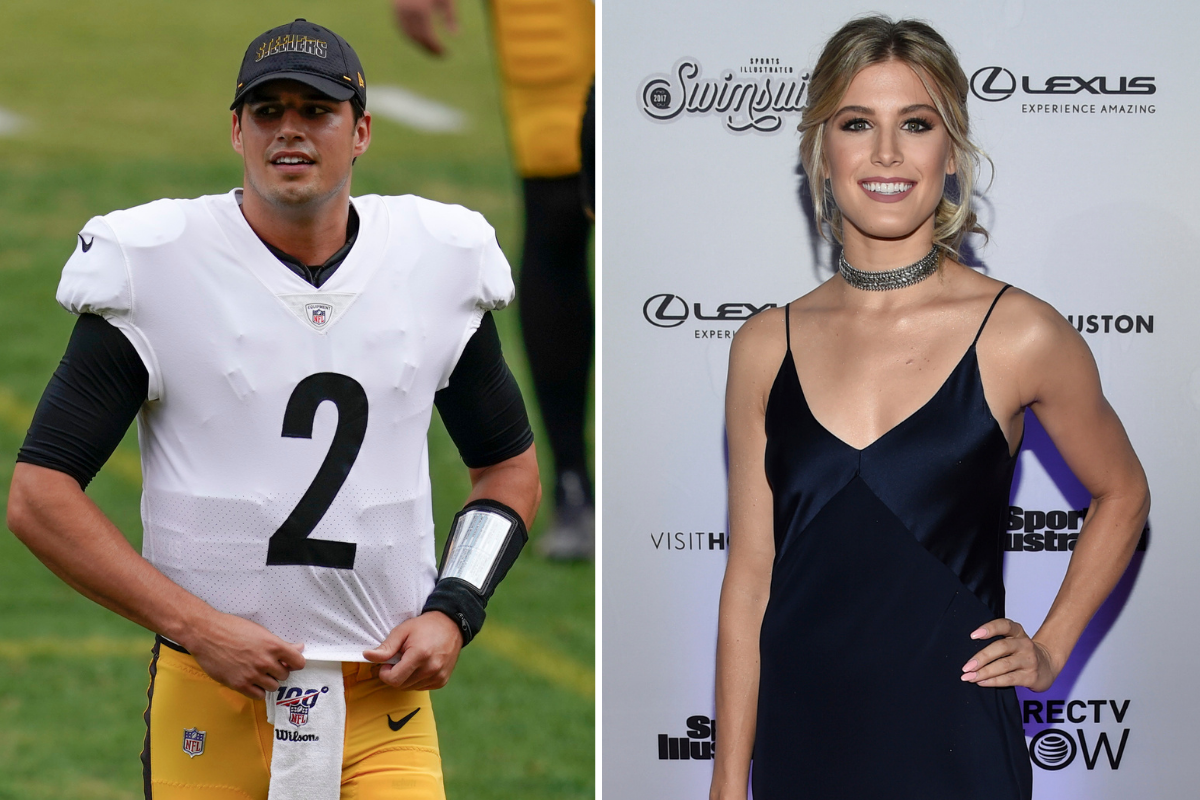 Pittsburgh Steelers quarterback Mason Rudolph doesn’t get a ton of action on the field while serving as the backup to Ben Roethlisberger. Since being selected in the third round of the 2018 NFL Draft, Rudolph has started nine games, including just one in 2020.

Despite his limited on-field exposure, Rudolph has been crushing it off the field.

Rudolph has been spending his free time with a fellow professional athlete: tennis star Genie Bouchard.

Who is Mason Rudolph’s Girlfriend?

In October 2020, TMZ reported Mason Rudolph and Eugenie Bouchard were dating and that things were getting pretty serious between the pair.

The couple was spotted at a restaurant in Pittsburgh, and became “Instagram official” on Valentine’s Day after Rudolph posted a pic of them on a beach getaway in Cabo San Lucas, Mexico, captioning the post “My Valentine.”

The post was trending and several of Rudolph’s American football buddies commented on the photo, including teammate Zach Banner and Buffalo Bills linebacker Tyler Matakevich.

Bouchard is best known for being a star tennis player. She went viral in 2017 when a bet from the Super Bowl saw her end up on a date with a random fan after the Patriots managed to erase a 28-3 deficit against the Atlanta Falcons.

The 27-year-old Canadian was ranked as highly as the No. 5 women’s singles player in the world back in 2014, but was ranked outside the Top 100 last year.

Bouchard joked on social media about wanting a boyfriend during the pandemic, and it looks like she got her wish in the form of the former Oklahoma State standout.

Prior to dating Bouchard, Rudolph was in a relationship with Bachelor alum Hannah Ann Sluss, having first been spotted getting coffee in Los Angeles back in 2020.

Bouchard, on the other hand, was rumored to be with Connor Davis after having been spotted alongside the brother of Derek Jeter’s wife Hannah Davis in Miami.