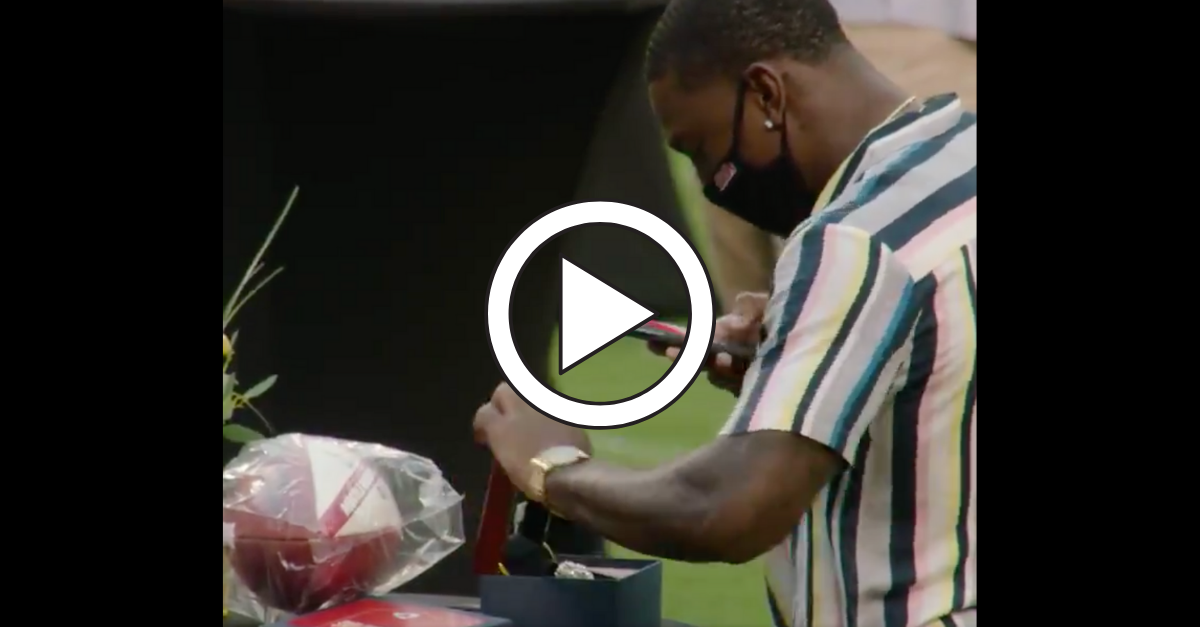 Kansas City Chiefs wide receiver Mecole Hardman has some solid hands. He wouldn?t be in the NFL without them. They are going to make him a lot of money for years to come, but it will be hard for anyone to forget his latest drop.

Hardman, a second round pick in the 2019 NFL Draft, is coming off an impressive rookie campaign. He caught 26 passes for 538 yards with six touchdowns, and made the Pro Bowl as a kickoff return specialist.

Most notably, Hardman?s first season in the league was capped off by the Super Bowl LIV victory over the San Francisco 49ers. One year removed from college football and he already has a Super Bowl ring? That?s amazing. His first moment with the hardware, however, was definitely not his finest.

On September 1, the Super Bowl champs returned to Arrowhead Stadium in Missouri to celebrate their amazing postseason run last season and the Lombardi Trophy. The coronavirus pandemic and COVID-19 outbreak wasn?t going to stop that.

From the comeback win against the Houston Texans to the AFC Championship Game beatdown of the Tennessee Titans to the thrilling Super Bowl victory over the 49ers in Miami, there were so many great memories from the playoffs.

All of the stars were there. From MVP quarterback Patrick Mahomes to Travis Kelce to Tyreek Hill to Tyrann Mathieu to Chris Jones to head coach Andy Reid, it was a glorious night on the field.

Find someone that looks at you the way @PatrickMahomes looks at his Super Bowl ring 😍 pic.twitter.com/0Ew0aMKqtG

Then, of course, there was Hardman. The former University of Georgia Bulldogs star was wearing a beautiful Super Bowl LIV chain for the offseason occasion. When it came time to look at his ring for the first time, however, Hardman dropped it.

With his phone in his hand recording the moment, Hardman fumbled the ring, picked it up, and looked around to see if anyone saw his blunder. The Chiefs social media staff did, and Hardman?s reaction to getting caught was priceless.

Hardman might have a few more opportunities to do it again, but his first time getting a ring was definitely hilarious.