Bill Belichick is Hosting a TV Show, And You’re Going to Love It 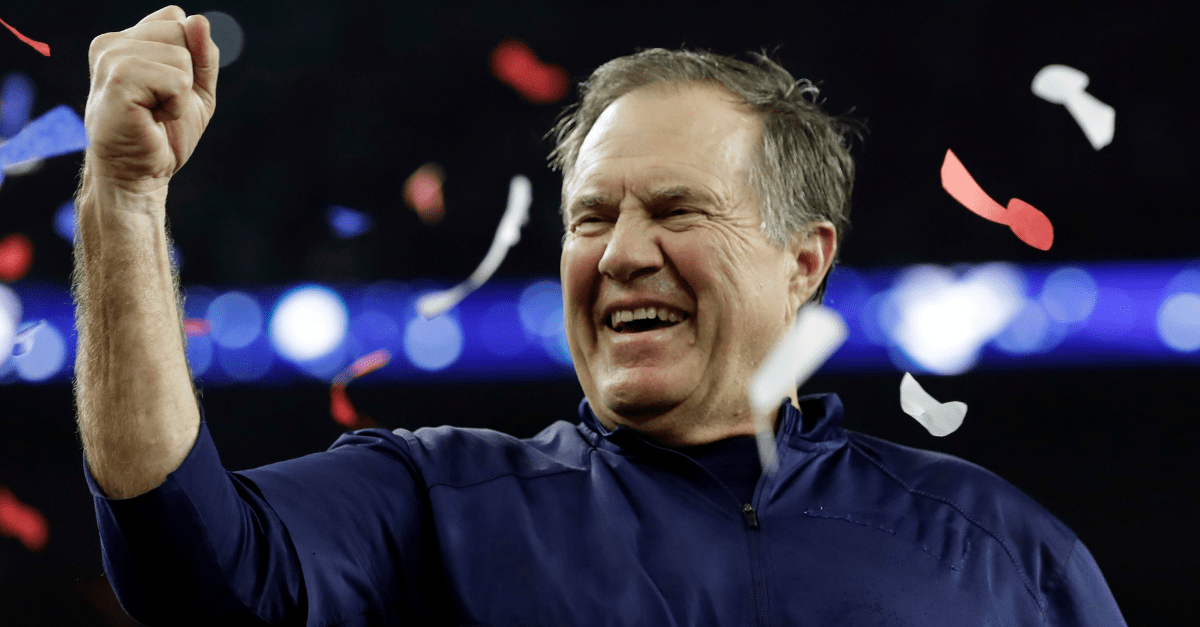 New England Patriots head coach Bill Belichick is a weirdo. But then again, most geniuses are. Belichick mumbles when he talks to the media, never shows up in the Madden video game, and acts more like Emperor Palpatine than a football coach. It’s obvious that he’s probably the greatest head coach to ever live, but that doesn’t change the fact he’s an unapologetic, grumpy old man who smiles twice a year.

So when long-time sports personality and radio host Rich Eisen revealed that Bill Belichick was joining him and Sunday Night Football’s slide-in king Cris Collinsworth for a television show, it confused everyone. That is, until Eisen revealed how incredible Belichick is in this upcoming six-part series, as well as what the show is actually about.

Last year, NFL Network assembled a 26-person panel to create the NFL All-Time Team to celebrate the NFL’s 100th season in 2019. The 100-player, 10-coach roster took multiple meetings to build and has been under complete secrecy. (Members of the NFL Films crew signed non-disclosure agreements to prevent any leaks.) At those meetings, one panel member surprisingly stood out among the rest: Bill Belichick.

From those meetings, a six-part series revealing the NFL’s greatest team of all time was created by NFL Films. Each episode reveals new roster additions, features members of this team, and includes stories about some of the greatest players in football history over the last century.

The #NFL100 All-Time Team is coming to NFL Network this fall.

“There was a massive team dedicated to getting it right,” NFL Films VP Keith Cossrow said. “It really required our entire company at NFL Films to collaborate and coordinate, to get all these people here secretly, to get the hosts here, to make it comfortable for Belichick to do something he had never done before.”

But how did the iconic Patriots coach do in the filming? And why would such a hesitant, mumbling man shine in what Cossrow called “the most challenging shoot” in company history?

On The Rich Eisen Show, the award-winning analyst revealed the Belichick is actually the star of the show.

Special show coming this fall to @nflnetwork TV set near you. Wait until you see who’s on it. @SNFonNBC @Patriots @NFL pic.twitter.com/S6PR1wD3WZ

Buy “Belichick: The Making of the Greatest Football Coach of All Time” on Amazon!

The show does not have a release date yet, but when it does, it’s going to be can’t-miss television.

In addition to The NFL 100 Greatest series featuring the top plays, games, teams and moments from the last 100 years, Peyton Manning’s 30-part TV show called Peyton’s Places will explore the league’s history alongside some of the game’s greatest players.

The NFL’s centennial celebration is shaping up to be one of the coolest years on record, but with so many surprises on the horizon, maybe the biggest will finally hear eight-time Super Bowl champion Bill Belichick string together more than 15 words at a time.