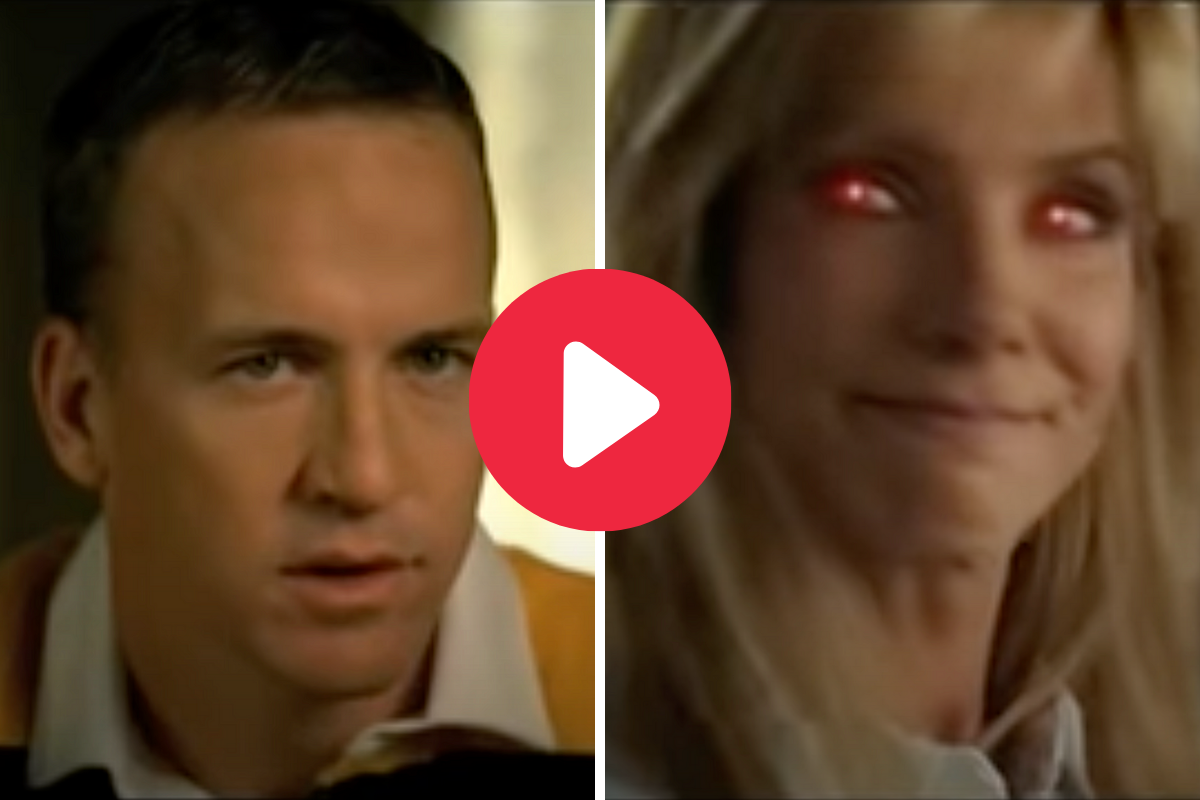 If Peyton Manning isn’t the funniest former NFL quarterback, I don’t know who is. There’s something about his goofy nature and quick wit that can make any crowd burst into laughter.

Remember the hilarious SNL skit in which he pelted kids with footballs? (Don’t worry, they weren’t real footballs.) His priceless Mastercard commercials and the “Football Cops” trailer he and brother Eli Manning put together had us in stitches, too.

Back in 2010, the Super-Bowl winning Peyton Manning gifted everyone at the ESPYs with a spoof of “The Blind Side.” If you ask me, I’d rather watch Manning’s “The Dark Side” any day.

Peyton Manning’s “The Blind Side” Spoof

Manning and Seth Myers created their own spoof of the 2009 box office hit about a wealthy and loving family who takes in the talented and homeless Michael Oher.

The only difference? They turned it into a horror movie that paints Sandra Bullock (AKA Leigh Anne Tuohy) as a crazy woman obsessed with collecting football players.

It didn’t look difficult to make the trailer. They just threw in clips of Manning between Bullock’s dialogue and boom: pure comedy.

“Do you have any place to stay tonight?” Bullock asks in the scene where she firsts encounters Oher on the street.

“Yes, I have a place to stay,” Manning responds.

The trailer to “The Dark Side” only gets better. We see Bullock’s eyes turn bright red like some Terminator villain. Manning calls Eli on the phone while hiding behind the couch from her. She “poisons” Seth Myers’ coffee after Peyton called her “the lady from ‘Speed.'”

All Peyton Manning needs to do now is call up Sandra and actually make this full movie. I guarantee it would be a hit.