Ryan Fitzpatrick was probably the most interesting man in the National Football League. during his 17-year career. Outside of his glorious beard, the journeyman quarterback is also incredibly well-educated and has a large family. Walking a mile in his shoes would be difficult for many, but he makes it look easy and loves every second of it.

Through it all, his wife, Liza Barber, has been there every step of the way and the couple now has seven kids. 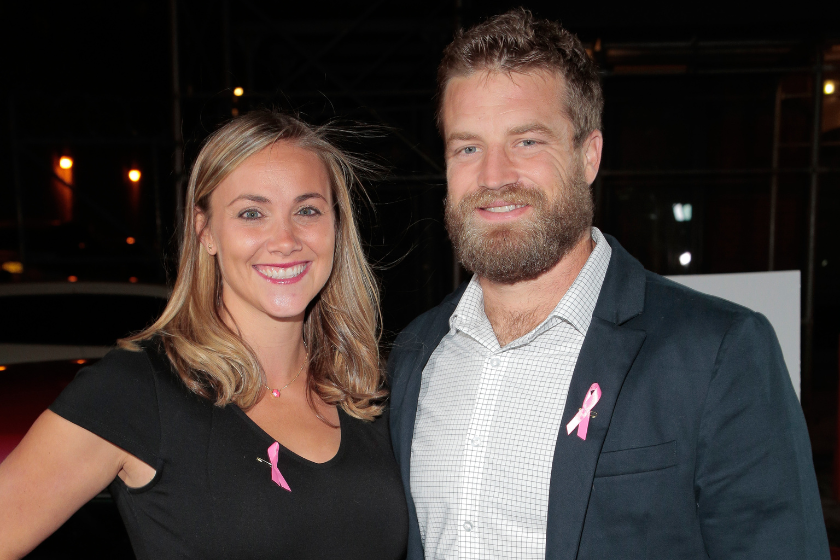 To Ryan Joseph Fitzpatrick, his family means everything and it all starts with Liza Barber.

Barber grew up and went to high school in West Des Moines, Iowa before playing college soccer at Harvard University. She was the team captain for the Crimson as a senior and even earned All-American status.

Just as notably, the star soccer player met Ryan Fitzpatrick, a Gilbert, Arizona native, Harvard's starting quarterback, and 2004 Ivy League Player of the Year. They graduated the same year and moved in together.

After college football, Fitzpatrick was a seventh-round pick in the 2005 NFL Draft and his amazing journey began. Barber was definitely along for the ride.

He Proposed at McDonald's

FLASHBACK: The story behind Ryan Fitzpatrick proposing to his wife at a McDonald's.

Wait, a McDonald's attached to a gas station.https://t.co/WUF5rIx2vO

As a rookie NFL quarterback with the St. Louis Rams, Fitzpatrick knew he wanted to spend the rest of his life with Barber. So he bought a ring and was getting ready to propose. The only problem? He purchased the diamond from their joint bank account.

That same day, Barber's card was declined at the Gap and planned to check their bank account when she got home. Fitzpatrick, likely in an all-time panic mode, had to make a move, and make it fast.

On their way home, he asked her to go to dinner. All she wanted was McDonald's. And that's where he popped the question. Oh, and the fast food restaurant was attached to a gas station.

"We drove by all these fancy places," Fitzpatrick explained to the Los Angeles Times. "I asked her if she wanted to grab some dinner and sit by the lake. It was November, and she was like 'Why would I do that? It's freezing outside!' All she wanted was McDonald's. My relationship with my wife, and knowing her, it was just the perfect setting.

"She ordered probably a 10-piece Chicken McNuggets and had sweet-and-sour sauce on her face."

It was FitzMagic in its purest form. They got married in June 2006. 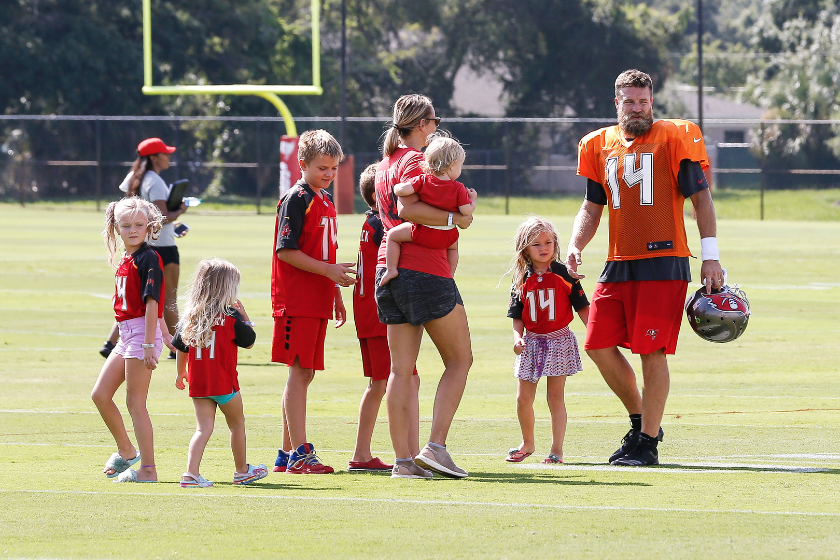 Having that many kids not an NFL record (looking at you, Antonio Cromartie and Philip Rivers), but it's still impressive. A net worth of approximately $30 million helps pay for some of that food, too.

There's no doubt the Fitzpatricks' personal life is pretty wild. 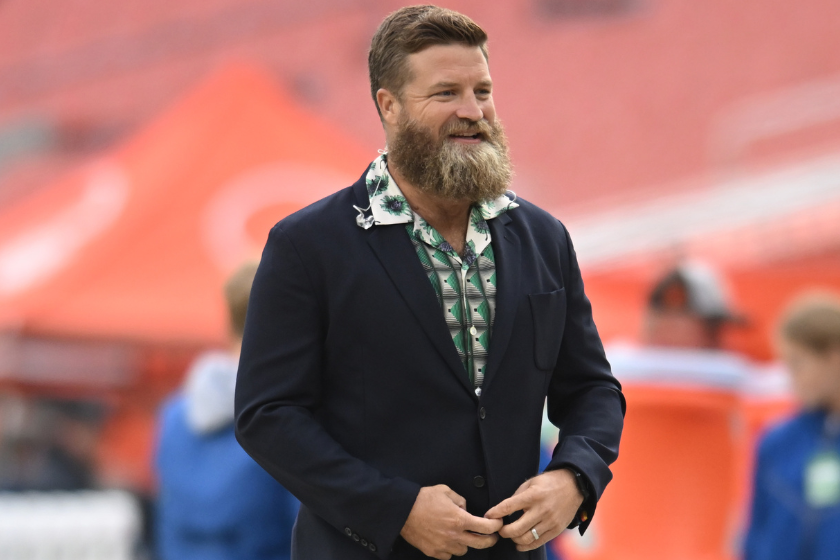 These days, Ryan Fitzpatrick is making a living with his words rather than throwing touchdowns. The scenery has certainly changed over the years, but one thing has not: the NFL player does not take off his wedding ring, even when he played.

"I haven't seen a reason to take it off, I guess," Fitzpatrick told The New York Times. "It stands for something. It's not like I'm trying to throw a message in anybody's face. It's just a personal thing between me and my wife. It's important for me not to take it off."

Despite all of the ups and downs, and moves across the country, Ryan and Liza's love remains stronger than ever.

MORE: Tua Tagovailoa & His Wife Keep Their Lives as Private as Possible