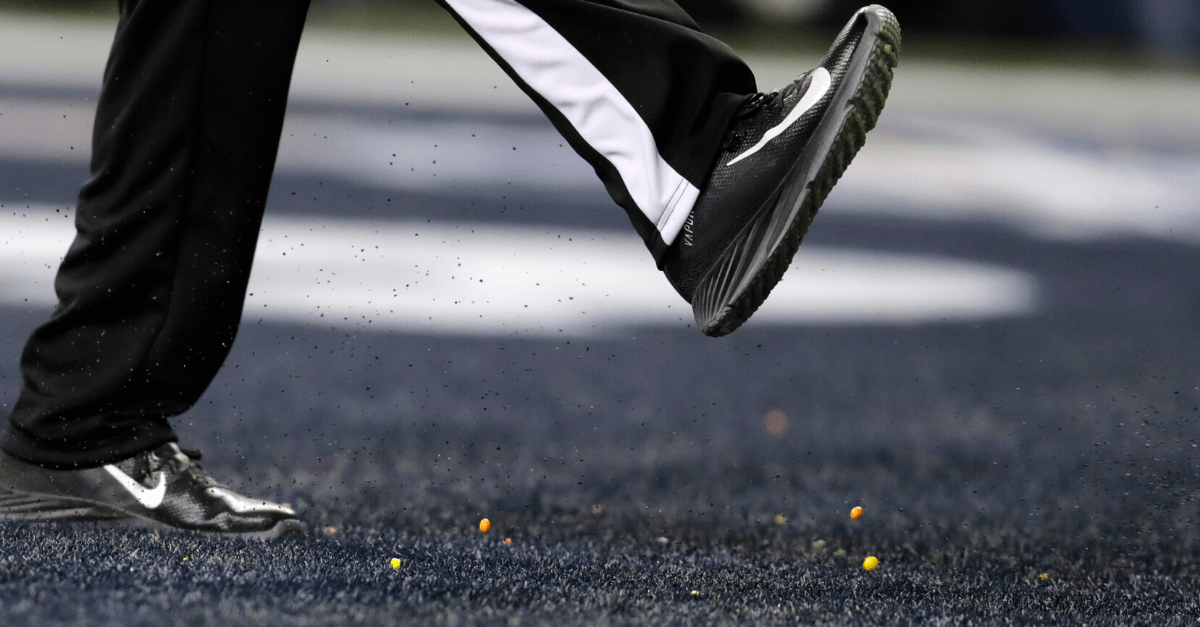 The final Sunday Night Football game of the regular season was sure an important one. Not only did it decide the NFC West and officially set the NFL Playoffs, but it also marked the return of Seattle Seahawks running back Marshawn Lynch. Needless to say, the 12th Man was ready for him to be on the field again.

Although the Seahawks lost to the San Francisco 49ers at CenturyLink Field, having Beast Mode in the backfield once again was great to witness. He ran the ball 12 times for 34 yards and leaped over everyone for a one-yard touchdown in the fourth quarter.

His stat line wasn?t exactly incredible, but reaching over the goal line and finding the end zone definitely was. That?s because the Seahawks fans threw Skittles onto the field, which paused the game for several minutes.

Clean up in CenturyLink Field 🗣

If this wasn?t a tradition before, it absolutely should be moving. Everyone knows Lynch loves Skittles and seeing the candy on the field is pretty hilarious.

Seahawks fans love Lynch. After his rookie deal expired, the five-time Pro Bowl selection took his talents to Seattle. He was the NFL?s touchdown leader twice, made First-Team All-Pro in 2012 and even helped the franchise win Super Bowl XLVIII.

Lynch has a special place in Seattle?s heart, and his return after playing for his hometown Oakland Raiders last season came just in time for a playoff run. Head coach Pete Carroll was excited. The locker room was excited. The fans were excited. It was a win across the board by signing him.

Heck, even the NBC crew was delighted by the warm welcome back in their tweet from the broadcast.

The game and matchup itself was an instant classic. After a sluggish start in the first half, Seahawks quarterback Russell Wilson led a furious comeback in the second half, only for the Niners to stop them on the goal line to end the game and win the NFC West title.

The @49ers stop the Seahawks at the goal line to win the NFC West! #GoNiners pic.twitter.com/nyHKB9Tioc

Although the Seahawks have to go on the road to face the Philadelphia Eagles in the NFC Wild Card, they can compete with anyone and now have a familiar face and fan favorite back in the lineup.