Terry Bradshaw is an American who needs no introduction amongst National Football League fans.

Whether you followed his Pro Football Hall of Fame career with the Pittsburgh Steelers in the 1970s or grew up watching him talk professional football as a sports analyst since the '80s (or even his country music career), NFL fans are bound to hear Bradshaw.

These days, fans can flip from Fox to E! to watch Bradshaw with his wife and daughters on "The Bradshaw Bunch." The family is gaining fame away from the gridiron, "Keeping Up With the Kardashians" style.

Bradshaw is a Hall of Famer with fewer secrets than Super Bowls (he has four Super Bowls, so three or fewer secrets). Bradshaw lives his life on television, and he had an IMDB page long before his reality show.

His divorce history is well documented, too. Bradshaw doesn't hide from it. The "Failure to Launch" actor failed to launch three marriages before he wed his current wife and co-star: Tammy Bradshaw.

Tammy has dated the famous quarterback since 1999, though they didn't tie the knot until 2014. 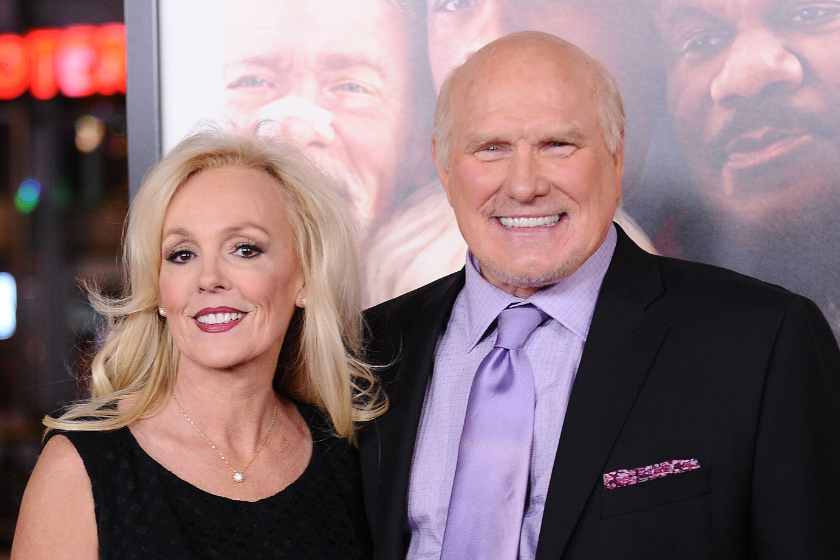 They spent 15 years beating around the bush before they wed in Hawaii in 2014, making her Terry's fourth wife. Tammy Bradshaw was married once before to David Luttrull.

Tammy and Terry have lived in marital bliss ever since.

Tammy Bradshaw shares her screen-time with her stepdaughters, Rachel Bradshaw and Erin Bradshaw, and her daughter Lacey from a previous marriage.

Rachel is the oldest of the Bradshaw sisters. She's acted on TV shows like "Nashville" and was married to Tennessee Titans kicker Rob Bironas when he tragically passed away in a car accident. Erin is an equestrian, and Lacey has a cute daughter named Zurie.

Tammy Bradshaw lost her son, David Cody Luttrull, to a drug overdose in 2009. Tammy and Terry regularly support mental health and opioid awareness charities. When the Bradshaws appeared on "Family Feud," they donated their winnings to a foundation that offers financial support to parents dealing with death by heroin.

Terry Bradshaw tried on marriage three times before the fourth one fit.

It's impossible to separate personal life from the professional as the two don't exist in vacuums. The best way to understand how Terry Bradshaw's story is to start at the beginning.

Terry Bradshaw is just a Shreveport kid who made it big. 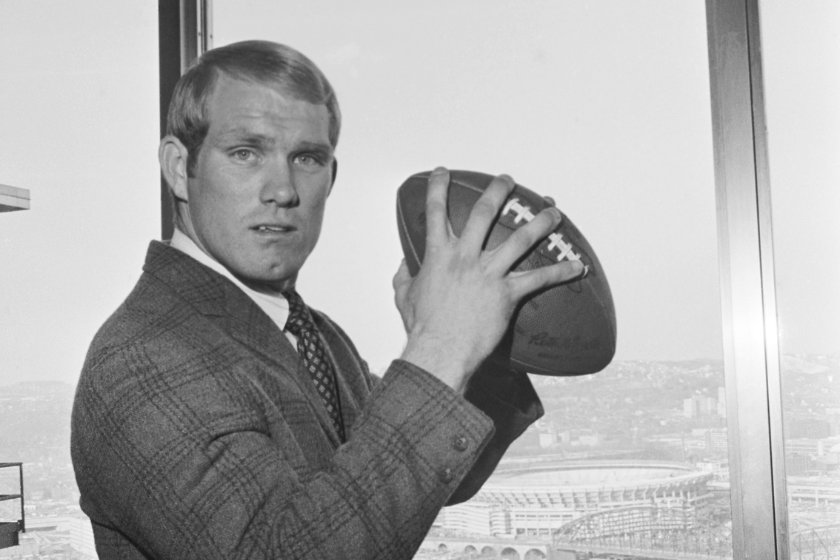 Terry Bradshaw was born and raised in Shreveport, Louisiana. He attended Woodlawn High School and established himself as a dominant quarterback. Bradshaw began playing football at Louisiana Tech University in 1966.

JoJo Starbuck ? star of the Ice Capades and a two-time Olympic ice skating, who happens to be married to Steelers QB Terry Bradshaw, is Pennsylvania?s chairman of this week?s ?Great American Smoke Out.? pic.twitter.com/dEVDxCBGTY

Terry Bradshaw played his entire career in Pittsburgh after they selected him first overall in the 1970 NFL Draft. He won four Super Bowl titles with the Steelers and also donned two wedding rings in addition to his Super Bowl hardware.

Bradshaw tied the knot for the first time when he married pageant winner Melissa Babish in 1972. One year later, Bradshaw's first wife became his first ex-wife. Bradshaw re-married in '76. Olympic figure skater Jojo Starbuck (incredible name) said "I do" to the football player and the pair lived happily ever after until 1983, when they divorced.

Also, in 1983, Bradshaw popped his elbow and ended his NFL playing career. (When Bradshaw checked into the hospital on surgery day, he used an alias to avoid media attention. His nickname, you ask? Tom Brady. True story.)

Bradshaw soon found employment and love again, in the forms of CBS Sports and a family attorney. 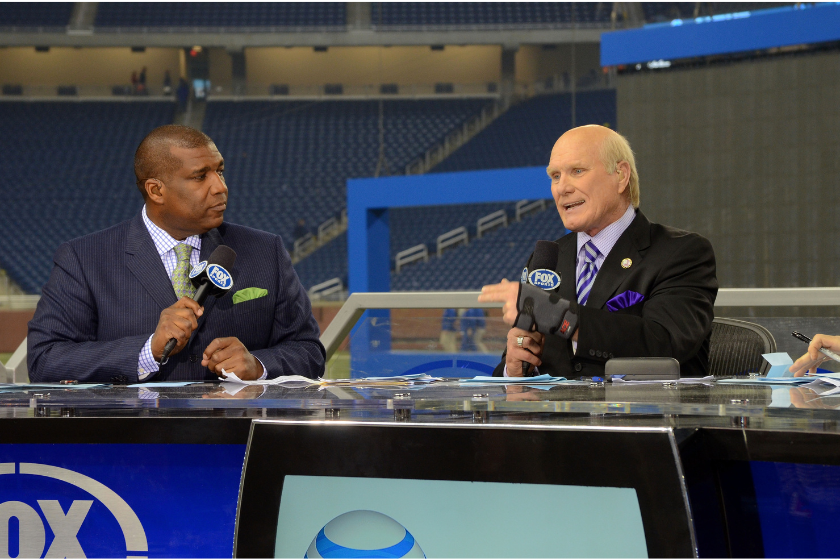 Terry Bradshaw has been a regular on television screens since the 1980s. If you don't see him talking business on Fox or CBS, you may see him in one of his many film and television cameos.

Bradshaw has since been open about his mental health struggles following his third failed marriage. It just goes to show that not everyone who has three divorces wants them.

Terry met Tammy the same year of his third divorce. The pain Terry experienced is part of what binds them.

On an unrelated note (this may one day help you win bar trivia), Bradshaw waved the green flag in the 2001 Daytona 500, the same race that killed Dale Earnhardt. But back to the article.

The FOX NFL Sunday host dated Tammy Alice from 1999-2014 before taking a knee. The Bradshaw Bunch believes they've got it right this time, and they've remain happily married ever since.

They never lived together before exchanging nuptials, which may once again only serve you in barroom trivia.

The Bradshaws hit it big with a reality TV hit in 2020. "The Bradshaw Bunch" showed fans a new side of Terry, and maybe even too much of the former football star. Bradshaw appears a likable character on the series, despite what Aaron Rodgers may have told you.

Bradshaw also appeared as "Deer" on the first season of FOX's hit show "The Masked Singer."
"The Blonde Bomber" finished 10th in the pseudo-reality competition.

Like I said: just an American kid from Shreveport who made it big and is now a Hollywood reality star. Bradshaw may have three ex-wives, but he has a bunch more reason to smile.

MORE: Sean Payton Fell in Love With a Pageant Queen After His 24-Year Marriage