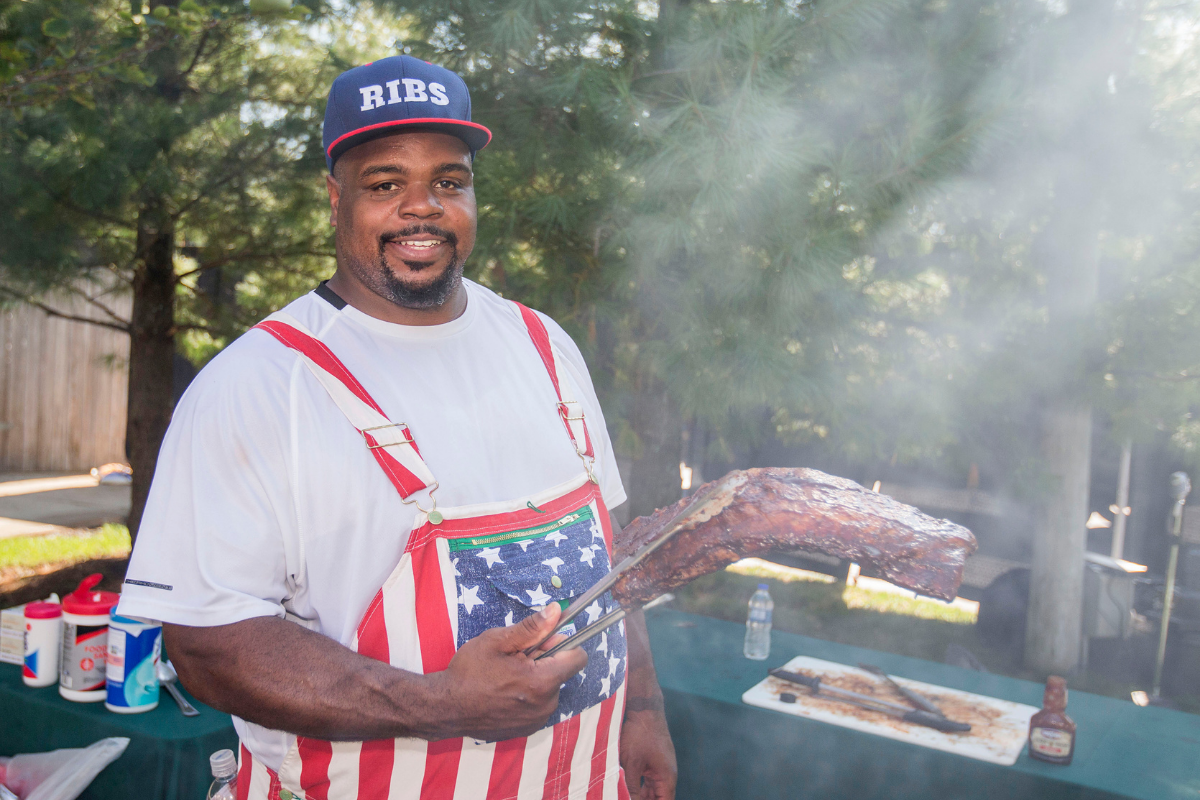 The retired defensive lineman won two Super Bowls with the Pats, playing a key role in the team’s success throughout the 2000s and 2010s.

Wilfork’s last season as a pro came in 2016 as a member of the Houston Texans, but what is the former first-round pick up to now?

Vincent Lamar Wilfork grew up in Florida, where he was a USA Today High School All-American. He played his college football at the University of Miami.

Wilfork was selected 21st overall in the 2004 NFL Draft by the Patriots, where he’d play for head coach Bill Belichick and owner Robert Kraft. Wilfork made six starts during his rookie season at Gillette Stadium in Foxborough, and would go on to become a mainstay in New England’s defensive line.

Wilfork made five Pro Bowls with the Patriots and was a First-Team All-Pro DT in 2012. He featured in 24 playoff games for the team, winning the Super Bowl alongside Tom Brady in 2004 and 2014 against the Philadelphia Eagles and Seattle Seahawks, respectively.

Well y’all – it’s been a great run, but the time has come. @Kingsford #Sponsored pic.twitter.com/DXfDzholBi

The nose tackle logged 1.5 sacks and six tackles in a key AFC Championship win in 2012 against the Baltimore Ravens.

Following his second Super Bowl win, Wilfork joined the Houston Texans as a free agent in the 2015 offseason, where he’d play the final two seasons of his NFL career.

Throughout his 13 years in the league, Wilfork recorded 560 tackles, three interceptions, five forced fumbles and 16.0 sacks. He signed a one-day contract with the Patriots in 2017 in order to retire as a 35-year-old with the franchise.

Wilfork has had a relatively calm life in retirement, currently residing with his wife Bianca and their three children in Houston, Texas.

He appeared as an honorary captain for the Patriots for their AFC Championship clash with the Kansas City Chiefs in January 2019, but has kept out of the limelight for the most part.

The Wilforks are living comfortably, as Wilfork reportedly earned just under $60 million in career earnings throughout his playing days. Additionally, he had endorsement deals with brands such as Kingsford Charcoal and Bridgestone Tires, helping him build his estimated net worth of $25 million.

The big fella was also featured in ESPN’s The Body Issue, posing nude for photos for the magazine.

While Wilfork hasn’t made much noise in retirement, you can be sure the two-time Super Bowl champ is enjoying his time away from the game grilling and fishing.

MORE: Jeff Saturday Dominated in the NFL, But Where is He Now?