Super Bowl LIV came and went without too much controversy. The game itself eventually became a thriller as the Kansas City Chiefs topped the San Francisco 49ers. The commercials were solid, and the halftime show featuring Shakira and Jennifer Lopez didn't have a ton of drama. All of that is a win for the NFL, but it didn't stop one woman from trying to get her shot at fame. We didn't know it then, but Kelly Kay would be back in the news almost three years later when her best friend, Oregon Ducks tight end and her late boyfriend Spencer Webb, would tragically die after an accidental fall near Triangle Lake.

The University of Oregon college football star and the influencer had a well-documented relationship on their social media accounts, including Kelly's TikTok (@kellythekay) which has more than 6.9 million followers. But she had those followers before Spencer's passing. Here's how she got them.

During the first quarter at Hard Rock Stadium, Kay tried to run on the field. However, security personnel were right there and tackled her before she ever made it to the playing surface. With the Big Game in Miami Gardens, Florida, there was always a chance for something crazy to happen. After all, South Beach is known for its parties. However, this one was stopped before it truly got started in the first half.

The Super Bowl has millions of viewers every year. So it's somewhat understandable why someone would choose it to pull off the unthinkable. The plan completely backfired, though.

The 27-year-old Kelly Kay Green, who was identified by local10.com, was just an Instagram model with over 282,000 followers at the time of her publicity stunt. She was reportedly arrested on a trespassing charge and taken to the Turner Guilford Knight Correctional Center.

The trending failed attempt could be linked to other notable streakers and flashers, too. Kelly Kay Green's friend, Colleen McGinness, shared the same video on Instagram and tagged Vitaly Uncensored. That's the same website that got attention for the World Series flashers, according to the New York Post.

At the end of the day, the night belonged to Andy Reid, Patrick Mahomes and the Chiefs for getting their first Super Bowl win in 50 years. As for Kelly Kay Green, she will be remembered for spending thousands of dollars for a ticket and getting tackled by the security staff. 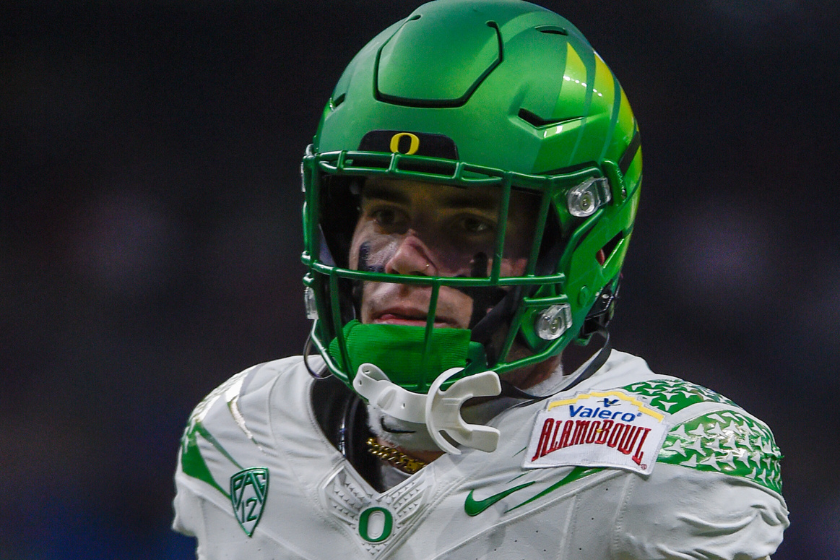 As a social media celeb, her personal website (thekellykay.com) hosts her Twitter, Instagram and a link to her OnlyFans (how those looking for a steamier experience), but there's a common theme in all of her posts: motherhood. In the months following Spencer's tragic passing, Kelly announced she was pregnant, thanks to the "My best friend, my twin flame, the love of my life." Kay even had an Oregon Ducks-themed gender reveal, where blue Gatorade was poured on her. She also released balloons into the sky, letting Spencer know he had a little man on the way to make sure his baby girl would be taken care of.

"I know you picked him out to protect me," Kay said in her Instagram post. "He's gonna be a legend just like his daddy. I love you both forever."