The Star of the NFL 100 Commercial? He Already Has College Offers 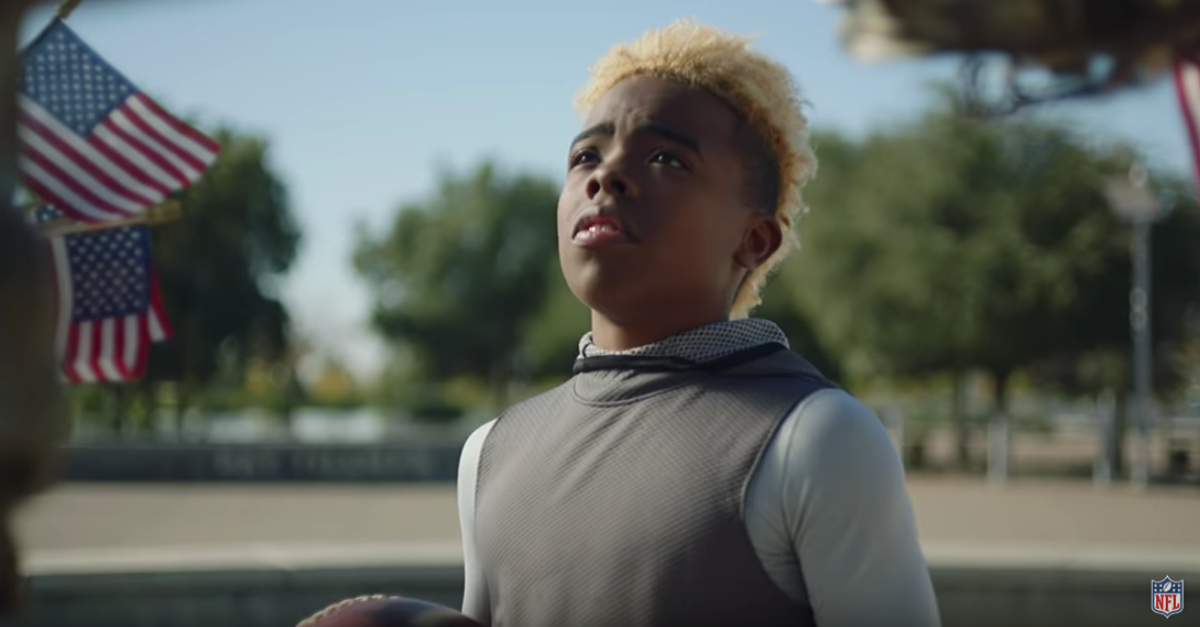 The brightest spot of a forgettable Super Bowl LIII between the New England Patriots and Los Angeles Rams was Sam Gordon. She is a football phenom whose dominated boys on the gridiron for years. After starting the first-ever, all-girls tackle football league in Utah, she was given the NFL Game Changer Award following the 2017 season. Alongside NFL icons like Joe Montana, Peyton Manning and Deion Sanders, Gordon’s appearance in that memorable commercial confused many at first, but her much-needed presence showed how far the game of football has come in the last 100 years.

At Super Bowl LIV, the theme was about honoring the past and forging ahead into the future. The NFL 100 All-Time team was announced, and guys like Don Shula, Jim Brown and Tom Brady were honored for their impacts on the game. The Kansas City Chiefs defeated the San Francisco 49ers, cementing the legacy of MVP Patrick Mahomes at only 24 years old. But in one of the game’s commercials, an unknown kid fields a kickoff return, then proceeds to “run” all the way into Hard Rock Stadium and deliver the game ball to referee Bill Vinovich.

The tagline of the commercial is said by several NFL icons, but who was the mystery football star tearing it up alongside the game’s greatest?

His name is Maxwell “Bunchie” Young. You might not know him yet, but Bunchie represents the next generation of football stars. He’s only 13 years old, but Young’s been in the national spotlight for years.

Young was named Sports Illustrated Kids‘ Sportskid of the Year in 2017, and for good reason. In the year and half of football before Young was profiled by SI, he scored 61 touchdowns and earned scholarship offers from the University of Illinois and an undisclosed Pac-12 school as a youth football player.

Thanks to his blazing speed, Young has won numerous titles in track and field. In May 2017, he ran a 12.45 100-meter dash, which was a national record for 10-year-olds in both AAU and USA Track & Field.

Bunchie and his father, David Young, were in Miami for the Super Bowl this year, but it’ll be back home to California where another round of offseason training awaits. Bunchie has over 37,000 followers on his Instagram page, where the God-fearing teen offers motivational posts alongside teammates, family members, and even celebrities like Colin Kaepernick as his star continues to grow.

This isn’t Young’s first commercial, either. He starred in an Under Armour advertisement back in 2018.

Cameos from Twitch streamer TimTheTatman, USWNT soccer star Carli Lloyd and skateboarder Nyjah Huston were involved. Toni Harris, the first woman to receive a college football scholarship as a non-kicker, returned to the big screen. Even a tribute to the late, great Arizona Cardinals legend Pat Tillman highlighted a commercial dubbed “NEXT 100.”

Who Was in the NFL 100 Super Bowl Commercial?