Olympic gold medalist and former University of Florida swimming star Caeleb Dressel is looking to make a splash at the 2020 Summer Olympics in Tokyo, and he'll do some coming off one of the most important events of his life.

Just a few months ago, the Olympic swimmer tied the knot with his lovely wife Meghan, having celebrated their wedding on Valentine's Day. Caeleb Dressel is arguably the best swimmer on the planet, and he's been billed as "the next Michael Phelps."

RELATED: Every SEC School's Must-Watch Athlete in the Olympics

The pair have been together since high school when they trained with the Bolles School Sharks club team, according to Swimming World Magazine. Both Dressel and Haila hail from Green Cove Springs, near Jacksonville, Florida, and both excelled at swimming.

When it came time for college, Dressel took his talents to Gainesville where he joined the Florida Gators swim team and became a superstar in the pool. He was a 10-time NCAA champion and 28-time All-American, the most one can achieve in four years.

Meanwhile, Haila attended Florida State University and swam for the Seminoles. She competed in various events but excelled most in the breaststroke. Despite attending rival schools, the pair remained committed to one another, and everything worked out in the end.

According to Meghan's LinkedIn, she attended the University of Florida after FSU and received her master's degree in education, marriage and family therapy/counseling.

While in high school, Meghan was a two-time state champion at the 100-meter breaststroke, according to SwimSwam.

Cheers to two-time Olympic gold medalist Caeleb Dressel and Meghan Haila who got married this weekend! ?

Caeleb proposed to Meghan at the Shands Pier in Jacksonville in 2019. The two tied the knot two years later in 2021.

The pair frequently post glimpses of their personal life on social media, whether it be from their daily lives or attending Team USA swimming events. Unsurprisingly, Meghan is Caeleb's biggest fan.

Prior to his college days, Dressel became the youngest swimmer to ever attend the U.S. Olympic Trials, doing so in 2012 when he was just 16 years old.

During Dressel's freshman season at Florida, he won the NCAA's 50-yard freestyle title. As a sophomore, the American swimmer was the SEC Male Swimmer of the Year and won the NCAA Championship for 50-meter freestyle and 100-meter freestyle. As a junior, he repeated in both those events, while also taking home gold for the 100-meter butterfly.

Throughout his World Championship experience, Dressel has amassed 19 gold medals. From 2017-19, he earned gold in each of these events:

At a 2019 World Championships semifinal heat in Gwangju, Dressel smashed the 100-meter butterfly world record, a feat which was held by legendary Olympian Michael Phelps for 10 years. Additionally, the world record holder is a member of the International Swimming League where he represents the Cali Condors.

The superstar had a strong showing at the 2016 Rio Olympic Games, becoming a two-time gold medalist. He won his first gold in the 4x100 men's freestyle relay alongside Michael Phelps, Nathan Adrian and Ryan Held. He added his third gold medal when Team USA won the 4x100 men's freestyle relay at the 2020 Olympics, and he's expected to win even more.

The Olympic swimming sensation will have the support of his family, including parents Michael and Christina and sister Kaitlyn, when he takes to the stage at the coronavirus pandemic-delayed 2020 Tokyo Olympic Games. He will be co-captain of a strong U.S. Olympic Team that includes the likes of Simone Manuel, Allison Schmitt, Katie Ledecky and Ryan Murphy.

Fans aren't allowed at the Olympic Games, but you can bet the new Mrs. Dressel will be cheering on her U.S. swimmer husband along with the rest of the country. 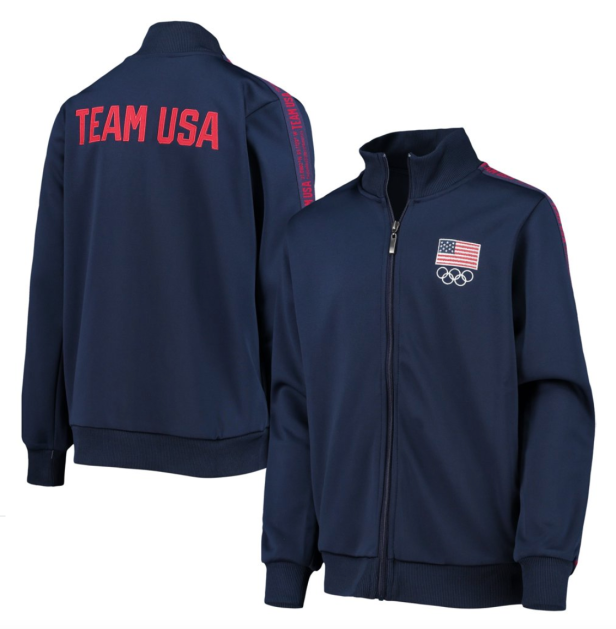