New York Mets first baseman Pete Alonso is one of the most exciting players in Major League Baseball. The 26-year-old can mash home runs with the best of them and has quickly risen to star status within MLB.

While it can be easy to lose focus being a star athlete in New York, Alonso has managed to stay grounded early on in his career. That could be thanks to his wife Haley Walsh. 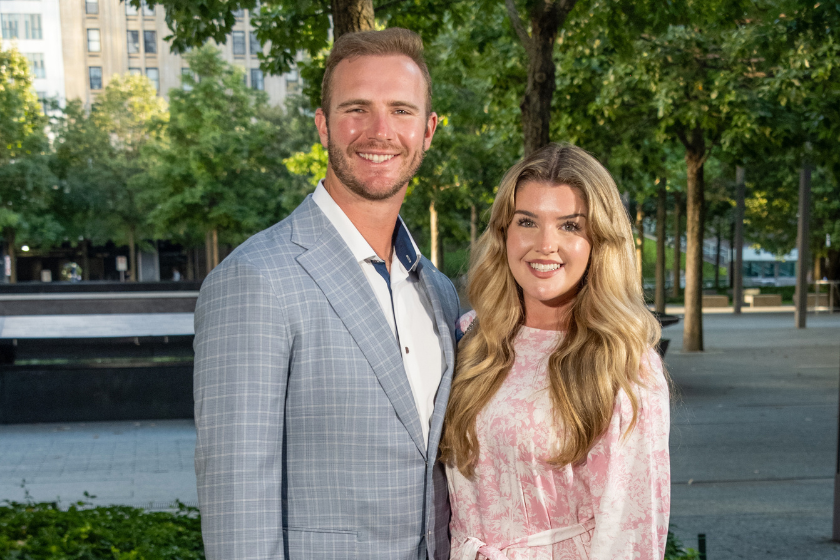 New York Mets slugger Pete Alonso is engaged to his longtime girlfriend, Haley Renee Walsh. The pair reportedly met at the Cape Cod League. Pete was still in college and Haley hails from Boston, Massachusetts. She attended Michigan State University while Alonso starred at the University of Florida. She then moved to Tampa, Florida, to be with him after graduating.

While at Florida, Alonso was bullied by teammates and roommates for maintaining his long-distance relationship with Haley.

"It got bad to where they were totally tearing into me about it," Alonso told ESPN. "And then I was really upset."

Alonso proposed to Walsh, who is a former figure skater, in 2018 and the couple was married following the 2021 MLB season. While "Polar Pete" is swinging for the fences in the big leagues, Haley Alonso is a lifestyle blogger.

Haley was formerly active on social media, but she and Alonso have since deactivated their accounts for a while, opting to "live in real life" instead of virtually. Pete is still on Instagram, though he doesn't share much.

Alonso and Walsh are both also active in charity work, especially with Pete's non-profit organizations. He launched the Homers for Heroes foundation in 2020 after winning the 2019 Home Run Derby (during which he used a bat model he dubbed "Haley's Comet").

During Spring Training ahead of the 2022 MLB Season, Haley and Pete were driving in separate vehicles when another driver ran a red light, hitting Pete's pick-up truck sending it flipping down the road.

Mets fans worried about their slugger flocked to Haley's social media accounts where she posted a video of the aftermath and let everyone know that they were okay, just shaken up. The car accident, which left Pete with a few scrapes and bruises, changed how he looked at life. Once again, Pete Alonso was reminded that there's more to life than baseball and sometimes you need to slow down.

"A big accident like that, when it happens to you, I don't care who you are, it's not easy," he wrote in the Players' Tribune. "No matter how strong you might think you are, it can still be rough in a lot of different ways. I'm still dealing with some pretty bad PTSD from it, to be completely honest with you." 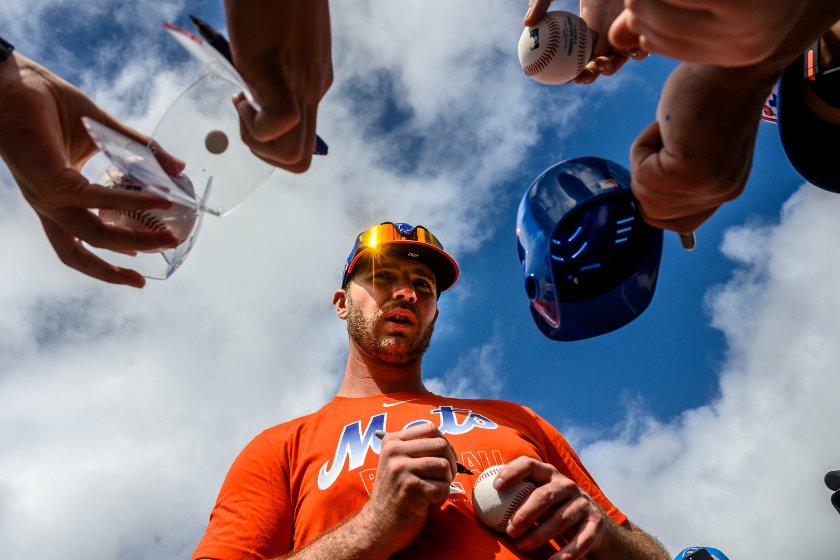 RELATED: Jacob deGrom Met His Wife at a Rodeo

Peter Morgan Alonso was born and raised in Tampa, Florida, to Peter Matthew Alonso and his wife, Michelle. Alonso played baseball from a young age and attended Jesuit High School for two years before transferring to Henry B. Plant High School for his last two years. After graduation, Alonso joined the Florida Gators, where he mashed home runs from 2014-16.

In 2016, the New York Mets drafted Alonso in the second round of the 2016 MLB Draft. After three seasons in the minor leagues, Alonso made his MLB debut in Queens during the 2019 MLB season against the Washington Nationals. He'd go on to win NL Rookie of the Year after launching 53 home runs and 120 RBIs, making his first All-Star Game.

Additionally, the Polar Bear was crowned the 2019 Home Run Derby champion after defeating Toronto Blue Jays third baseman Vladimir Guerrero Jr. in an intense showdown. The 2020 Home Run Derby was canceled due to the coronavirus pandemic, but Alonso returned in 2021 to successfully defend his home run crown at Denver's Coors Field. In 2022, Alonso will face off against Atlanta Braves slugger Ronald Acuña, Jr in the hopes of making his back-to-back Derby wins a Three-peat. But fans are clamoring for a matchup between Alonso and Nationals phenom Juan Soto.

The American professional baseball player hit his first walk-off home run in a cross-city rivalry matchup against the New York Yankees. Having been one of baseball's most highly-rated prospects, featuring on MLB's top prospects list alongside the likes of star outfielders Cody Bellinger and Acuña Jr., it's safe to say Alonso has lived up to the hype early on in his career.

As Alonso continues to improve, he and the rest of the Mets core, including stars Francisco Lindor, Jeff McNeil, Max Scherzer and Jacob deGrom, will continue to push towards World Series contention. Alonso's future wife, Haley, will be there cheering him on along the way as his biggest fan.