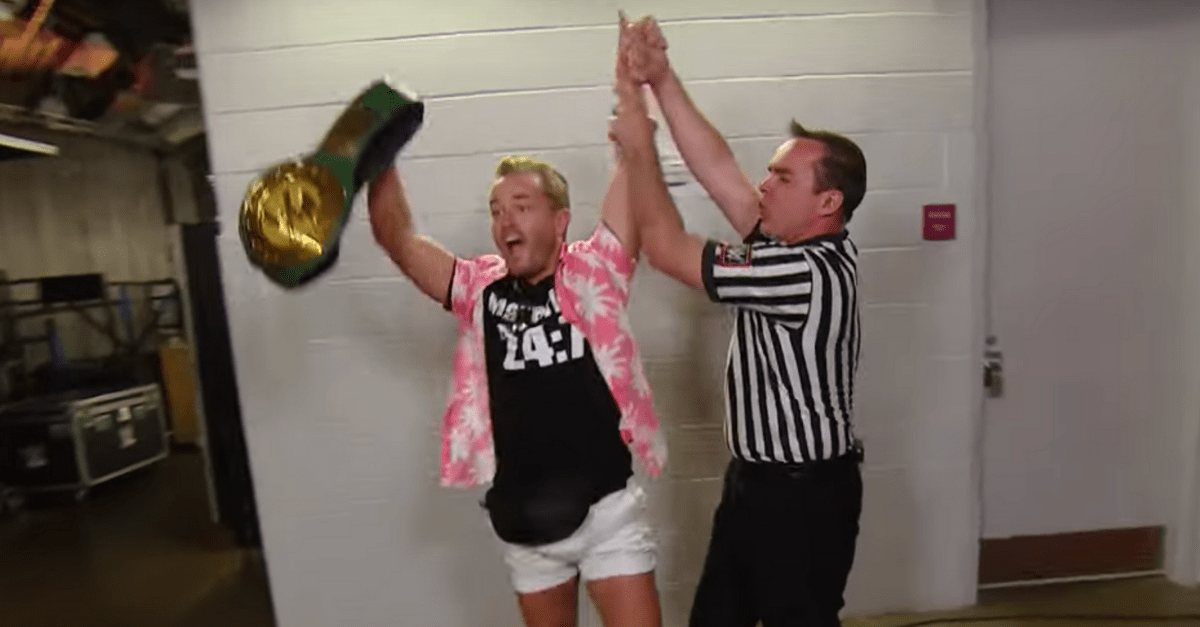 When Mick Foley made the announcement of the 24/7 Championship on the May 20, 2019 episode of WWE Raw, it was mainly accepted negatively. This was primarily due to Foley being one of the most notable hardcore legends in pro wrestling history, and the title seemingly installed as a knock-off of the old Hardcore Championship concept.

Titus O’Neil was the first person to lay claim of the title, but it was won on the same episode by Robert Roode. The first week of the title did not satisfy the WWE Universe, adding more to the negative flack that was received following the announcement.

However, the following week caused a shift in the interest of the title. R-Truth defeated Roode to become champion, and fans began to witness many comical moments on WWE Raw and WWE SmackDown Live featuring the title.

Each week, several superstars chased the title while R-Truth escaped the scene by running with Carmella on his back. A week after R-Truth won, Elias defeated him on SmackDown Live, following an attack from Elias, Shane McMahon, and Drew McIntyre. However, R-Truth was able to regain the title at the end of the episode.

Jinder Mahal also became involved in the 24/7 Championship scene, defeating R-Truth at a golf course as well as before a flight to Saudi Arabia. Yet, R-Truth regained the title both times, including once on an airplane.

Drake Maverick had his sights set on the title from the very beginning, and was finally able to win it while dressed as Carmella on the episode of SmackDown Live before his wedding.

One of the most memorable moments of the 24/7 Championship history is when R-Truth pinned Maverick during Drake Maverick’s wedding with indy wrestler and former Mae Young Classic competitor Renee Michelle. However, Maverick was able to win it before their honeymoon, and posted tweets on social media of him enjoying the title.

Although it appeared to be a very bad idea, and a demotion to many current WWE superstars, the storylines and title changes of the 24/7 Championship has been one of the best segments on Monday Night Raw and SmackDown Live. Many didn’t believe that it the idea would work, but R-Truth and Drake Maverick have made it a must-see part of WWE TV.

If Vince McMahon allows Paul Heyman more creative freedom since he is now the Executive Director of Raw, these segments could become even more fun to watch.

With Seth Rollins and Becky Lynch involved in the same storylines, which is decreasing fan interest, the 24/7 Championship is a breath of fresh air on Raw.