Roman Reigns’ Net Worth: How The Big Dog Built His Bank Account 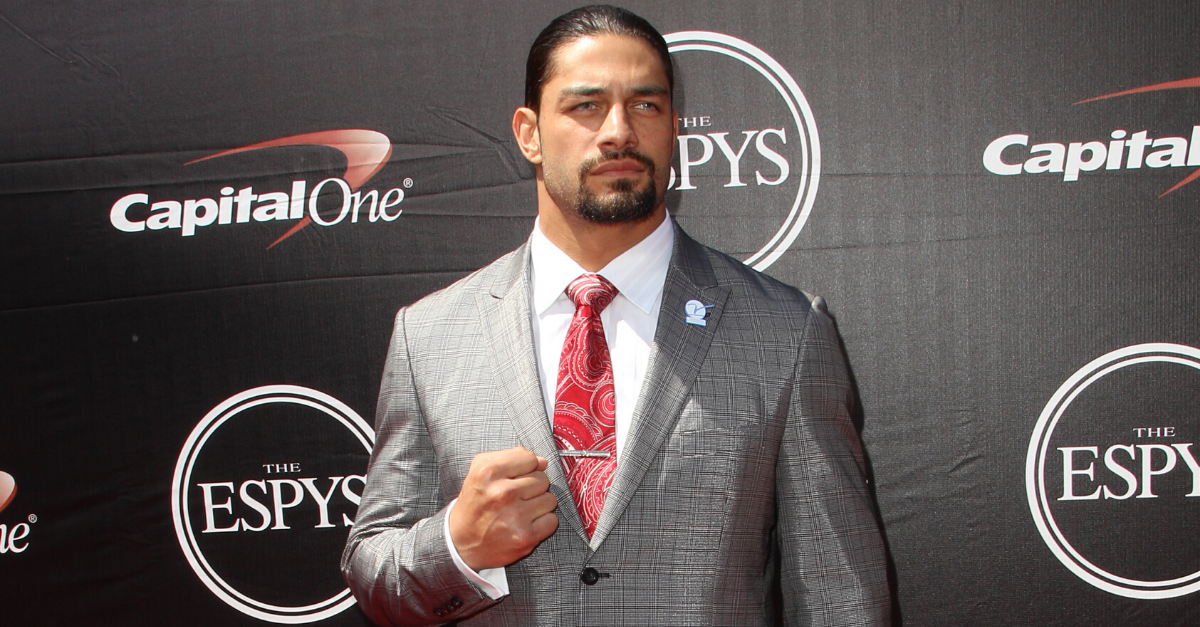 Photo by Paul A. Hebert/Invision/AP

Roman Reigns has certainly been one of the most polarizing names in WWE over the past five years. Beginning his pro wrestling career in 2010, Reigns, born Leati Joseph Anoa?i, debuted in Florida Championship Wrestling in 2010 as Roman Leakee.

Reigns played college football for Georgia Tech in 2005 and 2006, totaling 65 tackles and 6.5 sacks as a defensive lineman, after playing football for at Escambia High School and Pensacola Catholic High School in Florida. He was signed with the Minnesota Vikings and Jacksonville Jaguars in 2007, but did not make the final cuts. He then left his NFL pursuit for the Canadian Football League in 2008, playing for the Edmonton Eskimos, before retiring from pro football.

As Leakee, Reigns competed in matches while in FCW against names such as Leo Kruger (Adam Rose), Cesaro, Dean Ambrose, and Seth Rollins. Also, during this time, he was able to win the FCW Florida Tag Team Championship with Mike Dalton (now known as Tyler Breeze). The two held the titles for about a month, but just a few months later, Leakee became Roman Reigns.

At the Survivor Series 2011 pay-per-view, Reigns ? along with Seth Rollins and Dean Ambrose ? all made their main roster debut by attacking Ryback and powerbombing him through a table. This group would soon be known as The Shield, and went of a trail of dominance for several months. At WrestleMania, the trio defeated Randy Orton, Sheamus, and The Big Show.

The following month, at Extreme Rules, Reigns won his first title on the main roster, teaming with Rollins to defeat Daniel Bryan and Kane for the WWE Tag Team Championships and jumpstart his fortune.

However, Rollins shockingly turned on Reigns and Ambrose on Raw the following night, ending The Shield’s run as a trio. This also began Reign’s run as a singles competitor.

At SummerSlam, Reigns continued his feud with The Authority, defeating Randy Orton. At the 2015 Royal Rumble, Reigns won the match, earning a title shot for WrestleMania. He risked his title shot against Daniel Bryan at Fastlane, but won the match and kept the opportunity to face Brock Lesnar at WrestleMania.

At WrestleMania 31, Lesnar and Reigns slugged it out, but the match was actually won by Seth Rollins, who cashed in his Money in the Bank briefcase. However, despite losing the match, this began Reigns’ WrestleMania streak of main-eventing matches.

At the 2016 Royal Rumble, the WWE World Heavyweight Championship was on the line, which was the first time this occurred since 1992 and only second overall. Roman Reigns was the first entrant of the match, and lasted nearly one hour before being eliminated by Triple H.

As a result, he was third place in the match, and Triple H won the Royal Rumble and WWE Championship by lastly eliminating Dean Ambrose.

At Fastlane 2016, Reigns defeated Lesnar and Ambrose in a No. 1 contender’s match to face Triple H at WrestleMania 32. At WrestleMania, Reigns defeated Triple H to win the title for the third time. Rollins retained the title until Money in the Bank in June, losing once again to Rollins. After various feuds, Reigns moved over to feud with Rusev for the United States Championship, which he won at Clash of Champions. He commenced a heated feud with Kevin Owens and Chris Jericho, which led to losing the US Title in a handicap match.

Reigns then decided to elevate his main event status even more by competing against The Undertaker at WrestleMania 33. In an emotional match, Reigns was able to shockingly defeat Undertaker, which teased a possible retirement from The Phenom at the end of the match after putting his signature wrestling attire in the middle of the ring.

However, Undertaker returned to compete in several more matches since then, with his last match to date being as a tag team partner of Reigns at Extreme Rules 2019. At the PPV, Reigns and Undertaker were able to defeat Shane McMahon and Drew McIntyre.

At SummerSlam 2018, Reigns was finally able to slay the Beast, winning the Universal Championship. However, shockingly, Reigns was forced to relinquish the title after announcing that his leukemia is out of remission and he has to step away from the ring. However, four months later, Reigns provided an update and stated that it is back in remission, and he he able to return to the ring. At WrestleMania, Reigns defeated Drew McIntyre, but the some fans started to jeer him again.

These feuds also helped gain fan support from Reigns. After receiving a polarizing response of cheers and boos throughout his singles career as a babyface, Reigns has finally reached the point where the majority of the crowd is rooting for him.

From football player to professional wrestler, Roman Reigns has made quite the successful transition. The WWE superstar has made his Samoan professional wrestling heritage proud, which includes names such as Dwayne “The Rock” Johnson, his father Sika, Rikishi, and his late family members: Yokozuna, Umaga, and brother Rosey.

However, it seemed inevitable that he was going to walk in the footsteps of the legendary Anoa’i family, being one of the most successful competitors in World Wrestling Entertainment over the past decade with four reigns as world champion.