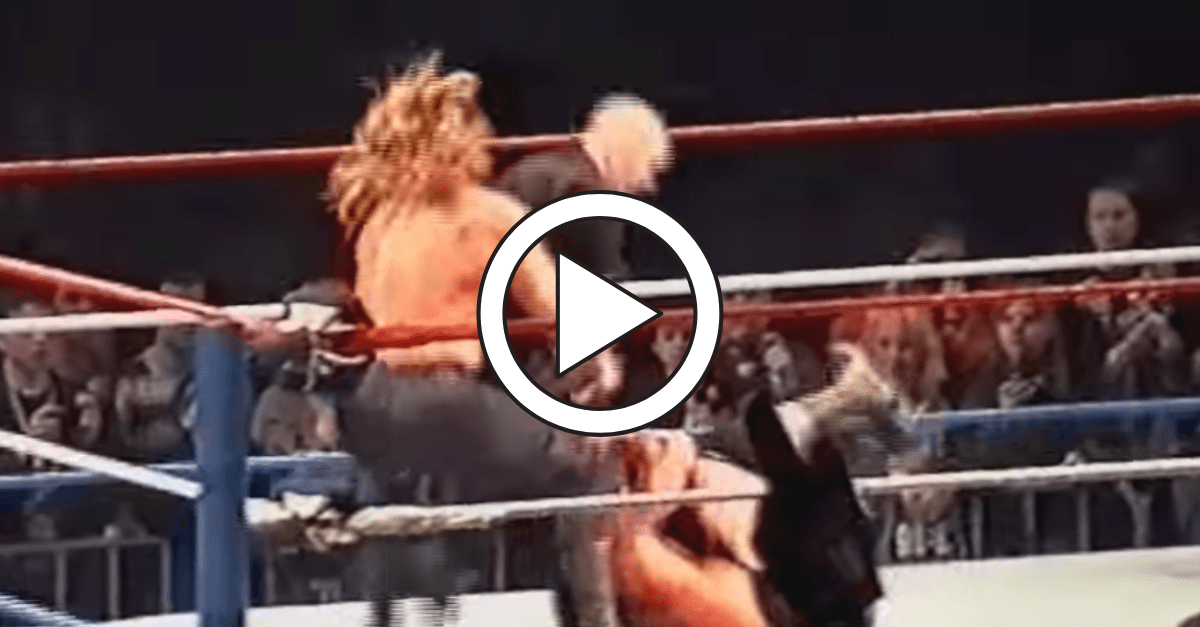 We all know that WWE and pro wrestling isn’t exactly real. The men and women of WWE, NXT, NJPW or any other wrestling promotion you enjoy are trained to put on a show. Sure, they’re stunt doubles disguised as athletes who fly from the top of steel cages and come crashing onto announce tables below, but for the most part, they’re putting on a show for the millions of fans who make up the WWE Universe worldwide.

Sometimes, though, there are moments of clarity when we realize these super athletes can become real-life fighters in the blink of an eye. One of those moments came in a show that took place in Germany and featured two of WWE’s greatest Hall-of-Fame talents to ever grace the ring.

In the late 1990s, a wrestling fan captured a real-life attack on ‘Stone Cold’ Steve Austin. At the conclusion of the Texas Rattlesnake’s live event match with Triple H ? still known as Hunter Hearst Helmsley at the time ? one insane fan decided to rush the ring and attack Austin.

Did he not like how a Stone Cold stunner on Helmsley ended the match? Was he under the impression that one moment in the sun could earn him a World Heavyweight Championship title shot? Was he drunk on that good German beer and just needed to let off some steam?

Regardless, The Game hit this moron with a suplex from hell, then referee Mike Chioda, one of the longest-tenured officials in WWE history, started beating the snot out of this guy until security took him away.

To squash any speculation that this was somehow staged, here’s how Stone Cold recalled the moment back during a 2013 episode of The Steve Austin Show podcast.

“I was just about to celebrate, and somebody tackles me from behind and takes me down and starts punching me. When you’re in the ring with a cat ? and I was a babyface, HHH was the heel ? you’re always looking out for your guy’s back. Triple H, stand up cat, he picked that dude up, slammed him, and started punching his lights out. And he’s yelling to the security guard ‘get your ass in here!'”

Austin goes on to say that he met the WWE fan backstage where he gave him a “come to Jesus moment” to not do anything that stupid again.

Remember this story the next time you see Brock Lesnar, Braun Strowman or ‘The Man’ Becky Lynch stroll into a WWE ring and think you could take on professional wrestlers and WWE superstars. This one-man power trip should be enough to convince you not to get involved.

Like Steve Austin says, “Once someone crosses those rails, when someone comes between those ropes, you’re considered fair game. … If you jumped in the ring, you would get your ass handed to you in a hurry for shoot.”