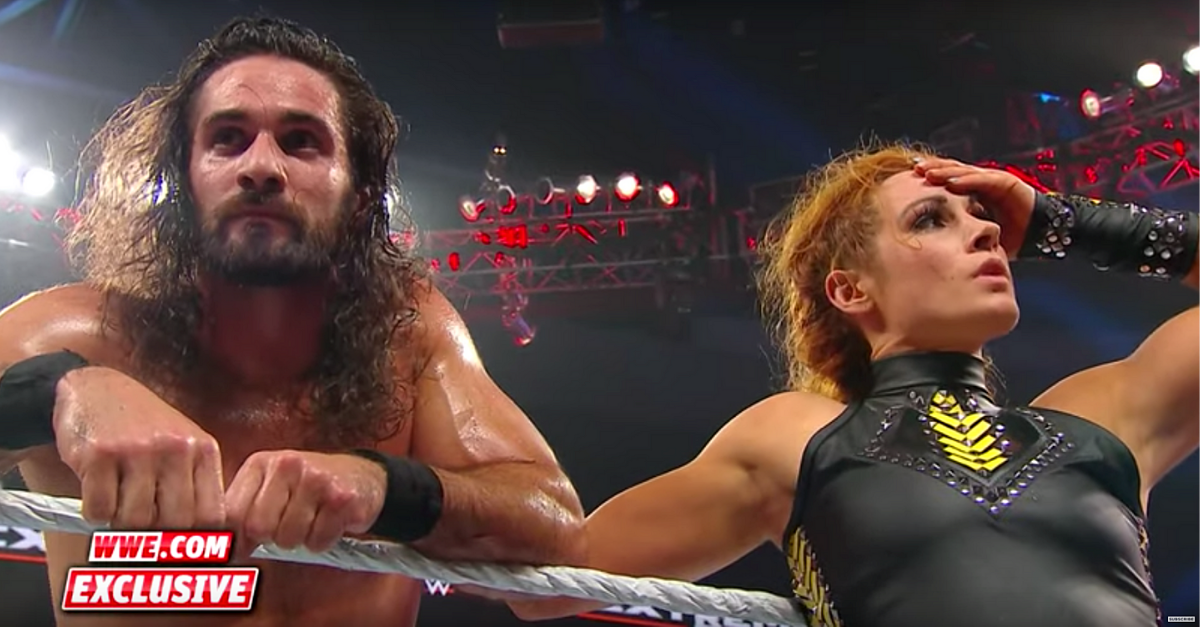 At Extreme Rules, Seth Rollins and Becky Lynch teamed up to compete against Baron Corbin and Lacey Evans. After Corbin losing to Rollins and Evans losing to Lynch, the two aligned on an episode of WWE Raw to once again attempt to win the championships. Corbin and Evans received a chance to win the titles against Universal Champion Rollins and Raw Women’s Champion Lynch. This time, it was a Winners Take All match, as both titles would switch hands if either Rollins or Lynch lost.

On the most recent edition of Raw, Rollins and Lynch defeated Andrade and Zelina Vega. To capitalize on their real-life relationship, WWE has been airing segments with the two together, no longer hiding their status as a couple after it was revealed on social media.

Both Rollins and Lynch had career-enhancing moments at WrestleMania 35. Rollins started off the show by defeating Brock Lesnar for the Universal Championship, and Lynch ended the evening in the first-ever women’s main event in WrestleMania history, defeating Ronda Rousey and Charlotte to win both the Raw and SmackDown Women’s Championships. Heading into WrestleMania, both were two of the most trending names, since each won their respective Royal Rumble matches. Namely, Lynch, who was one of the hottest superstars in the beginning of the year after the “Irish Lass Kicker” became “The Man”.

Now, former Universal Champion Seth Rollins and Raw Women’s Champion Becky Lynch have been showcased as a unit more than individual WWE stars, which can be a bit of a detriment to their momentum. In the women’s division, Lynch is not nearly as hot as she was in the beginning of the year, and the Bayley/Nikki Cross storyline is actually drawing more interest. For Rollins, 2019 Money in the Bank winner Brock Lesnar loomed in the shadows, awaiting his chance to strike and cash in his contract to become champion again.

While the feuds between Rollins/Corbin and Lynch/Evans should have ended at Stomping Grounds, especially since both champions successfully defended their titles, continuing the feuds has created somewhat of a damper in the momentum of the Universal and Raw Women’s Champion.

The best option, at this point, would be to back up on trying to make them a power couple and spend more time developing more riveting feuds for each to be a part of. A fresh start is important for both Rollins and Lynch to regain their former level of interest with the fans, and new names to compete against will help the issue of the current state feeling stale.

Hopefully, with Paul Heyman now at the helm as the Executive Director of Raw, both the momentum of Rollins and Lynch will turn for the better.

Could Bray Wyatt be the next opponent for Seth Rollins? A lot of mystery has been created after the series of “Firefly Funhouse” videos, and it certainly would create some intrigue to introduce Wyatt into the Universal Championship picture. For the Raw women’s division, it certainly feels less exciting without the star power of Ronda Rousey, and WWE needs to change the direction of who will be Lynch’s opponent.