The Featherstone Files: Why I Prefer NXT Over AEW 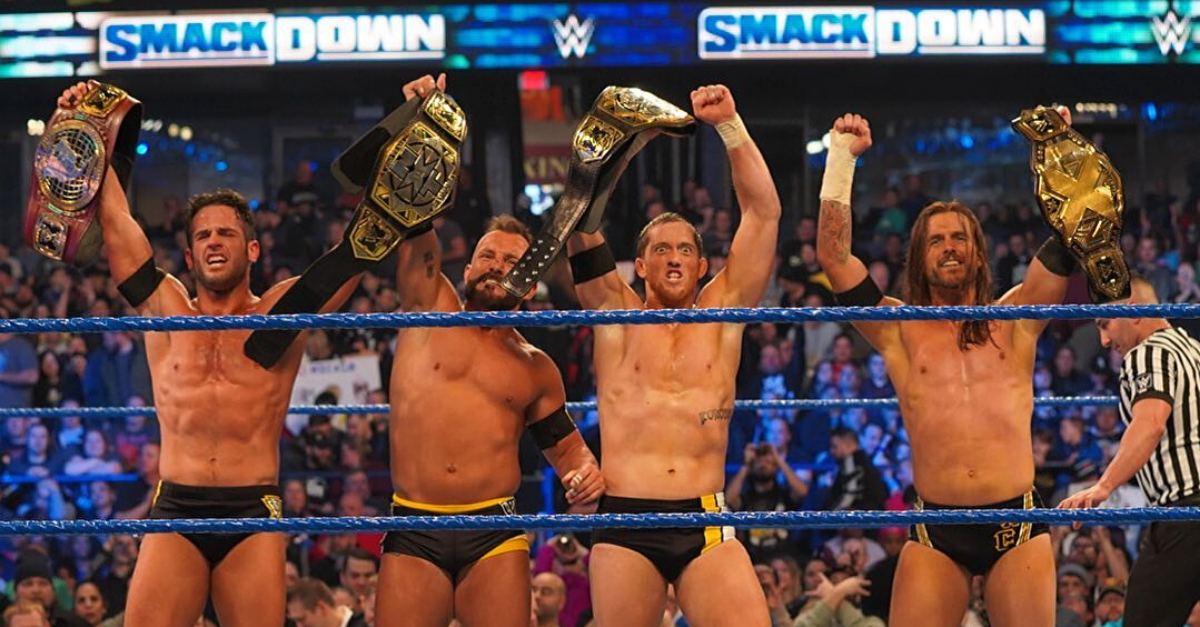 AEW and WWE NXT have created an exciting level of competition in the Wednesday Night Wars. Currently, Chris Jericho is at the top of the All Elite Wrestling ladder as the current AEW World Champion and is still undefeated in singles pro wrestling competition. In fact, his only blemish occurred recently on AEW Dynamite, as he win pinned by Scorpio Sky, during the AEW Tag Team Championship match against SCU with his partner Sammy Guevara.

In addition, AEW Dynamite also was the aftermath of the Full Gear pay-per-view, in which Jericho retained the AEW title against Cody, due to MJF throwing in the title and subsequently turning on him. The main event of the PPV was an unsanctioned match, pitting Jon Moxley against Kenny Omega. Moxley won the match, but has now found a new opponent in Darby Allin, who stepped up to the plate at Dynamite.

On NXT, Adam Cole is at the top of the ladder as NXT Champion, with fellow Undisputed Era members Roderick Strong as NXT North American Champion and Bobby Fish & Kyle O’Reilly as NXT Tag Team Champions. This faction is surely not making any friends with their defiant nature, as they will be competing against Tomasso Ciampa, Keith Lee, Dominik Dijakovic, and another partner to be revealed, at NXT TakeOver: War Games. Matt Riddle was originally supposed to be in the match, but his rivalry with Finn Balor has caused him to be removed from the match and placed in a singles bout between the two.

MORE: The Featherstone Files: Pro Wrestling?s Greatest Feud of All Time Is?

The next night, Survivor Series hosted its 23rd installment, with NXT also participating on the show. Not only did this cause NXT to invade the Monday Night Raw and Friday Night SmackDown shows, but also NXT being invaded as well at Full Sail. This storyline led to the women’s champions, tag team champions, and secondary champions of each brand competing against each other in respective matches.

Why I Currently Prefer NXT Over AEW

While AEW has an exciting, fresh feel to the product, I find myself gravitating more to the weekly NXT shows during the AEW vs. NXT feud. Although I watch both shows weekly, the Full Sail feel of NXT creates a slight edge regarding my personal level of interest. Of course, I am in the minority, since AEW continues to defeat NXT in weekly viewership. However, NXT is still considered a third brand, compared to Tony Khan and TNT making AEW a high priority regarding drawing fan interest. Although NXT did move to the USA Network, and they had a very successful night on SmackDown a few weeks ago, it still does not have a main roster feel to it.

Despite NXT being at a disadvantage being regarding as a third brand against AEW as a premier brand, NXT still delivers a better wrestling show in my opinion. This is mainly due to AEW still growing, and the need to build the talent is still obvious. Chris Jericho and the Inner Circle is a good way to build names like Sammy Guevara, and the feud between The Young Bucks and Santana & Ortiz has been intriguing, but more babyface superstars need to be build up for Jericho to compete against. While names such as Orange Cassidy and Marko Stunt are heavily cheered, they may never be names involved in the World Championship picture.