CM Punk Makes Return to WWE: Here’s What We Know 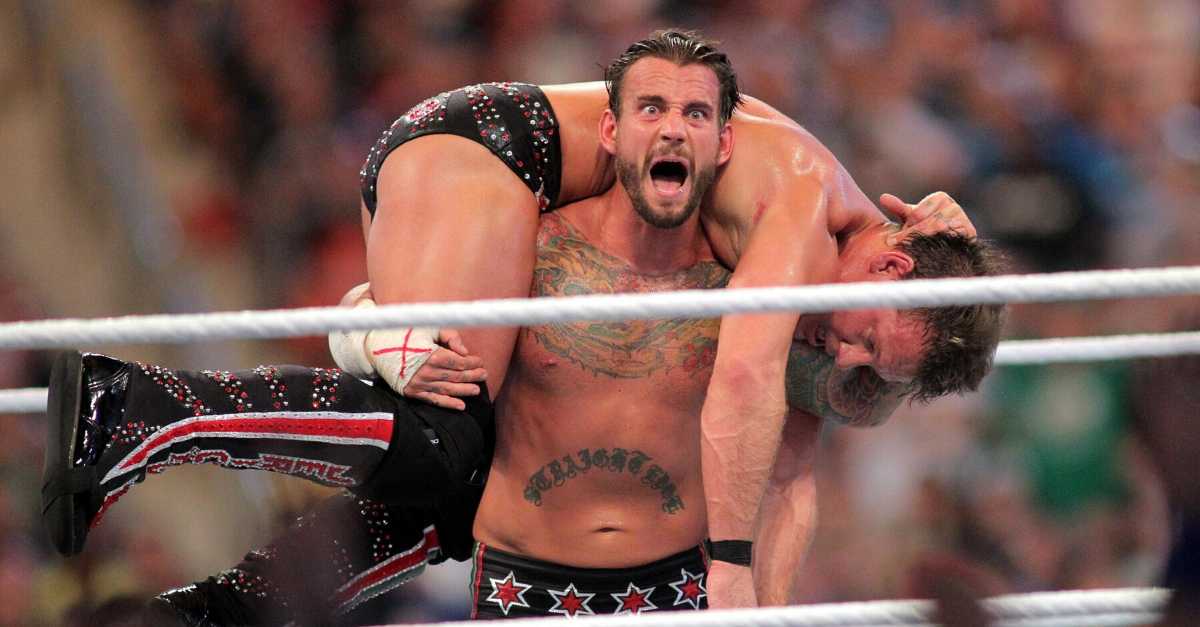 The last time the WWE Universe saw CM Punk ? whose real name is Phil Brooks ? the former champion and beloved pro wrestler left the company amidst conflicting reports surrounding his exit. Some believed he quit due to a low salary, poor bookings, and various injuries, but Punk revealed in a 2014 interview with Colt Cabana that he was fired by Vince McMahon. The messy separation led many WWE fans to believe CM Punk, a Ring of Honor and ECW World Champion, three-time WWE World Heavyweight Champion, and two-time WWE Champion (one of those reigns lasted a whopping 434 days) would never return to the company.

When Living Colour’s “Cult of Personality” began to play in the closing moments of the show, which is co-hosted by Renee Young and Booker T, CM Punk made his unexpected return with WWE superstars Samoa Joe, Adam Cole and Paige looking on.

“It’s as simple as this: Just when they think they got the answers, I change the culture,” CM Punk said to the camera. “I’ll see you here next week.”

RELATED: NXT’s Keith Lee is on the Rise, With Dreams to Takeover WrestleMania

According to the WWEonFOX Twitter account, Punk will appear “periodically on the show” as a special contributor beginning next Tuesday night on November 19.

Since his departure from professional wrestling, CM Punk kept busy signing a multi-fight UFC contract, but lost his only two matches to Mickey Gall at UFC 203 and Mike Jackson at UFC 225. He later signed a deal with Cage Fury Fighting Championship as a commentator. Aside from his MMA endeavors, Punk briefly joined Marvel Comics and co-wrote several comic books in various series, and made his acting debut in the 2019 horror film Girl on the Third Floor.

At 41 years old, it seems like the former WWE Champion is going to be slowly folded back into the company as a commentator only. But WWE fans are clamoring for Punk to make an in-ring return. Riding the wave of Smackdown supplanting Raw as WWE’s marquee brand on Friday nights, doesn’t it seem fitting for Punk’s redemption story, and former leader of The Straight Edge Society faction, to feud with Bray Wyatt, a.k.a. The Fiend, for the Universal Championship?

Time will tell how much CM Punk’s return will impact the company, but his unexpected return means WWE recognizes his impact on the fanbase. Adding him to the WWE Backstage studio show on Fox Sports is the perfect way to welcome him back.

READ MORE: Triple H’s Net Worth: How Much Has the WWE Legend Earned?