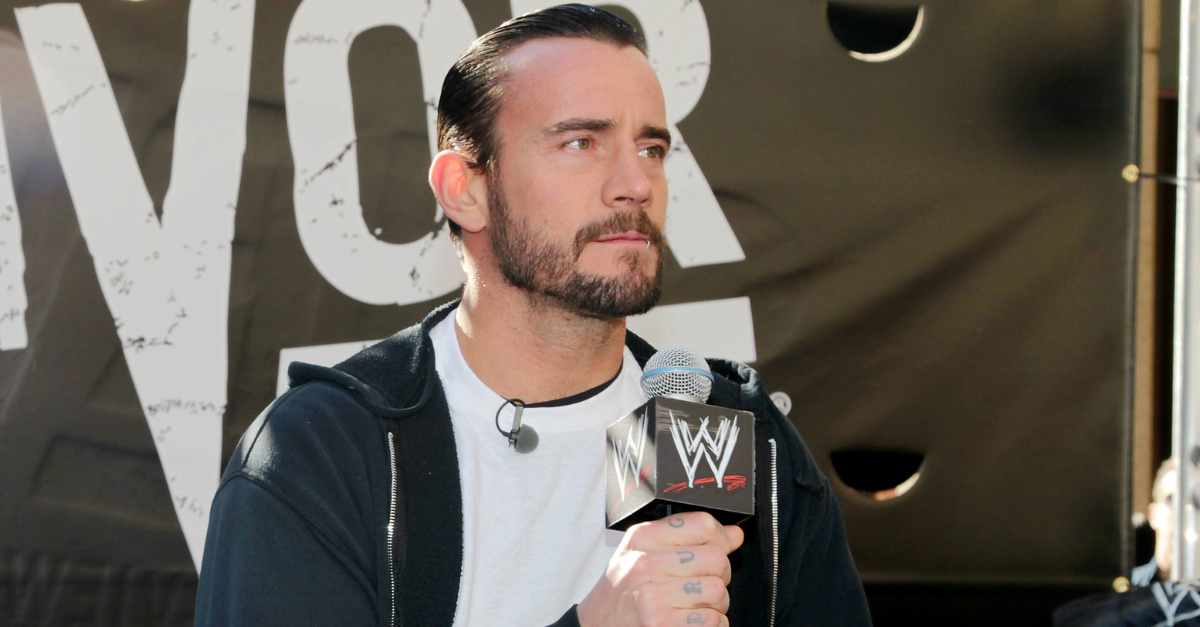 After several years of competing for numerous independent professional wrestling promotions, as well as Ring of Honor and Total Nonstop Action (now Impact Wrestling), CM Punk became a heavily supported wrestler to the hardcore wrestling fans when coming to the WWE. Initially starting for the ECW brand, Punk became champion of the brand just a year after his debut.

This popularity drew the interest of Vince McMahon to promote him to the Raw brand, and he seized this opportunity by winning the Money in the Bank matches at both WrestleMania 24 and 25.

Punk would become World Heavyweight Champion after successfully cashing in on both Money in the Bank opportunities, and also experienced heel runs with both the Straight Edge Society and The New Nexus. However, in 2011, CM Punk elevated his career to another level with his infamous “pipe bomb” promo.

At the beginning of the June 27, 2011 episode of Raw, CM Punk came out to interrupt Shawn Michaels, who was the guest host of the show. Punk took a jab at Michaels losing his last match against The Undertaker, stating that he will not lose his last match. After a back-and-forth exchange, it was soon revealed that Punk will be competing against Kane. Kane won the match by count out after four minutes and 18 seconds.

The last match of the Raw Roulette was R-Truth defeating John Cena in a Tables Match. At the end of the match, Punk cut a scathing promo against Cena in a “Stone Cold” Steve Austin t-shirt, and this promo has become one of the most notable promos in WWE history.

Sitting cross-legged on the top of the stage, Punk started the infamous pipebomb with a warning for Cena regarding their main event match at Money in the Bank, stating, “I want to digest this because before I leave in three weeks with your WWE Championship, I have a lot of things I want to get off of my chest.”

Punk continued by stating that Cena was as good kissing Vince McMahon’s butt as Hulk Hogan was, but he did not know if he was as good as Dwayne “The Rock” Johnson. He followed this by stating that he was “breaking the fourth wall.” He also talked about how he was not the face of WWE despite proving over and over that he had the resume to fulfill that role, even going to the point of stating that Vince McMahon’s brass rings were “completely imaginary.” He also made jabs at Triple H and Stephanie McMahon, as well as John Laurinaitis.

Continuing to break the fourth wall, Punk even mentioned that he would defend the WWE title under the New Japan Pro Wrestling and Ring of Honor, which surprised the live crowd, as well as mentioned Ring of Honor star Colt Cabana. The promo ended when Punk was about to tell a Vince McMahon story, but the mic cut off.

Was the “Pipe Bomb Promo” Real or Fake?

Although the Chicago native CM Punk was legitimately reaching the end of his contract, and had some frustrations with his creative direction, the legendary pipe bomb was indeed something WWE was aware of. Additionally, Punk has admitted that several parts of his pipe bomb promo was ran through management backstage and approved. The self-proclaimed “Best in the World” would win the WWE Championship from Cena at MITB, before losing it at the SummerSlam pay-per-view to Alberto Del Rio due a contract cash-in after interference from Kevin Nash.

While CM Punk’s promo was not a total shoot, it certainly expressed his dissatisfaction with the company. Even with marquee WrestleMania matches against The Undertaker and Chris Jericho, Punk still was not happy with his spot in WWE. This reached a breaking point that ended up with Punk quitting the WWE in 2014, never to return.