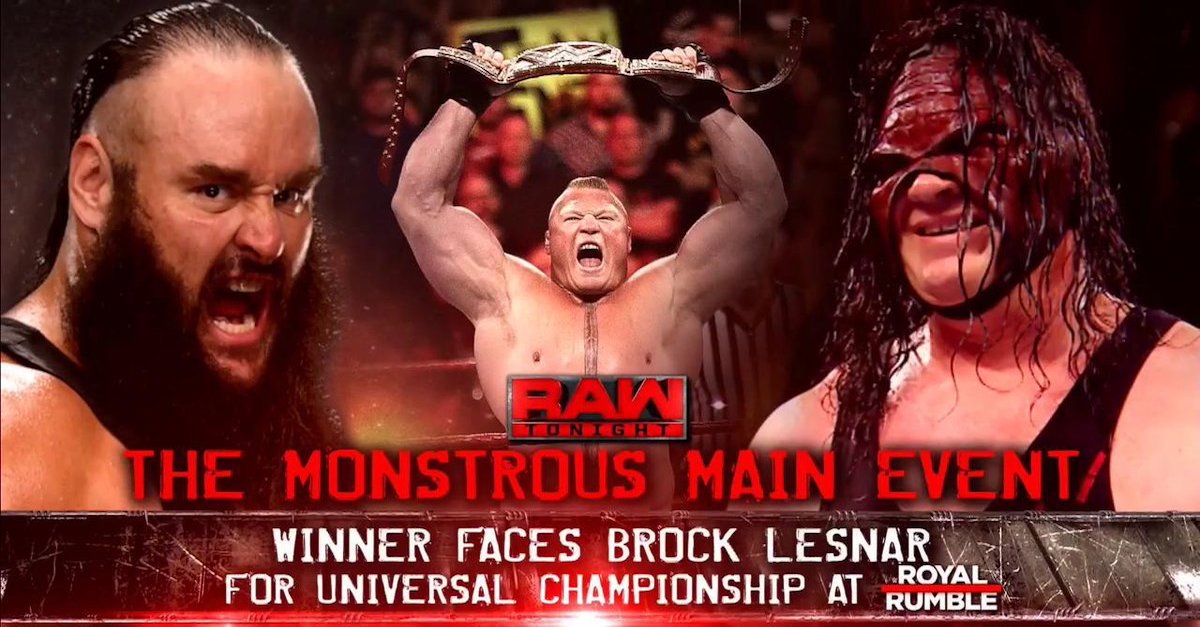 Strowman and Kane continued battling on the outside. Both men picked up the stairs, collided and started looking for weapons. Both men ended up laid out in the ring before Kane sat up. Strowman followed suit. Strowman powered out of a chokeslam and connected on a running powerslam through a table inside the ring.

Just as the match started, Jason Jordan walked onto the entrance ramp with a steel chair to watch from afar. Joe put Ambrose to sleep with the Coquina Clutch.

Cesaro is the second Bar member of the night to use limb targeting as the main aspect of his match. Cesaro attack Reigns’ right shoulder from the bell and landed the spin into the barricade.

Cesaro hit a nasty uppercut for the two, and transitioned into the crossface seamlessly. Reigns worked out of it to land a lift up powerbomb for a two-count.

Reigns fought out of the Neutralizer and hit the spear for the win.

Cedric Alexander def. Ariya Daivari, Tony Nese, Mustafa Ali via pinfall for the right to face Drew Gulak next Monday to become the No. 1 contender for Enzo Amore’s Cruiserweight Championship

WWE made the new match after Gulak’s expected tilt with Rich Swann was cancelled after his suspension.

Sheamus attacked Rollins’ knee early in the match, continuing to take it to him with a sharpshotter and picking him up and slamming the knee into the top turnbuckle. Rollins connected on a superplex from the top rope into a falcon arrow for the two-count. Rollins evaded the Brogue Kick and hit the Kingslayer for the win.