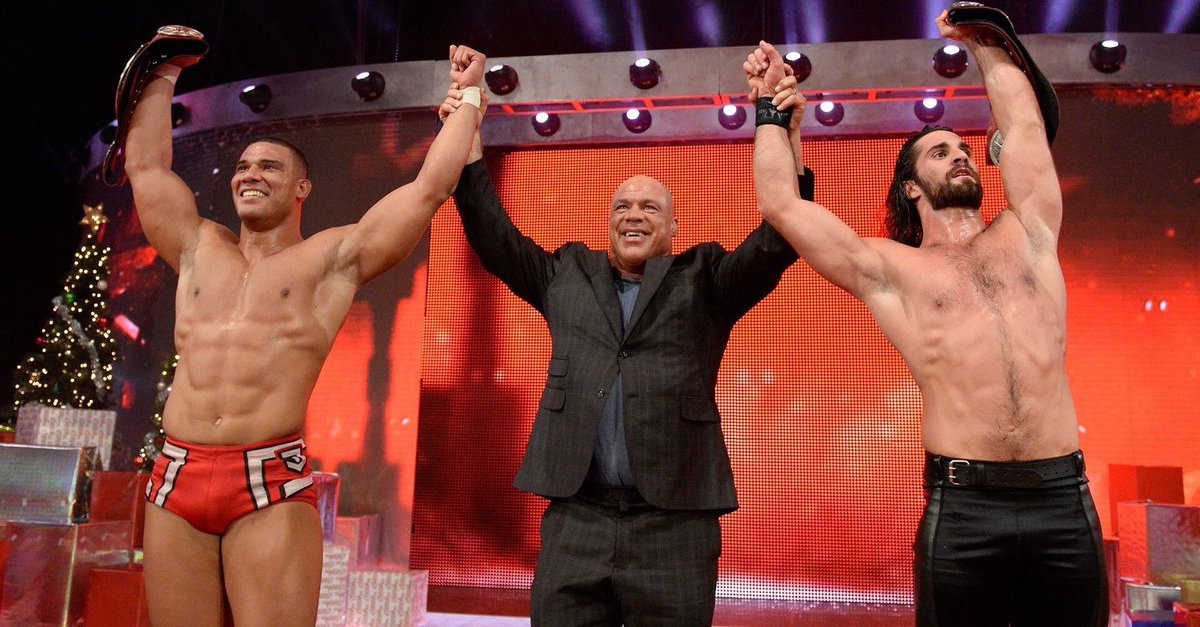 Jordan hit an Angle Slam neckbreaker for the pinfall on Cesaro.

Elias interrupted John Cena, and began to sing a song trashing the Chicago audience.  He punched out Cena, leading to a match, which Cena won with the Attitude Adjustment.

Paige pinned Bayley after connecting on the RamPaige.

Kane pinned Slater, then beat down Rhyno after the win.

Reigns lost his mind after Joe injured Dean Ambrose and was disqualified.