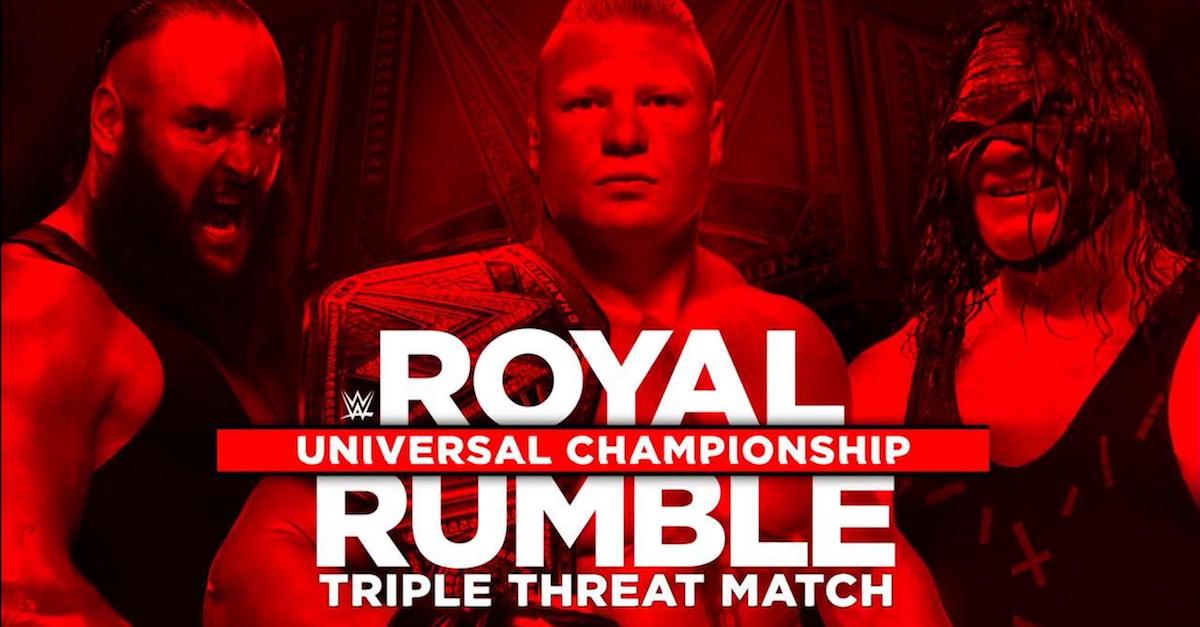 Raw opened with a recap of last week’s main event, when Braun Strowman and Kane were both counted out in a No. 1 contender’s match to fight for Brock Lesnar’s WWE Universal Championship at the Royal Rumble.

Elias attempted to play a song, but was interrupted by Sasha Banks, Mickie James and Bayley.

Absolution beat down their opponents until Nia Jax and eventually the women’s locker room made the save. That was broken up by McMahon, who came to the ring and made the history announcement.

After months away, the former NXT tag team champions made quick work of Slater and Rhyno.

Gulak was in control late, but when Amore left the broadcast table and headed to the back, the distraction was enough to spoil his momentum. Alexander made his comeback and hit the Lumbar Check for the win.

Lesnar attacked Strowman and Kane, but Strowman rolled out of the ring while Lesnar hit the F-5 on Kane. Lesnar walked back up the ramp as Strowman stared him down. Kane sat up in the ring before the commercial break.