The Undertaker’s New Jobs are Pissing Off Vince McMahon 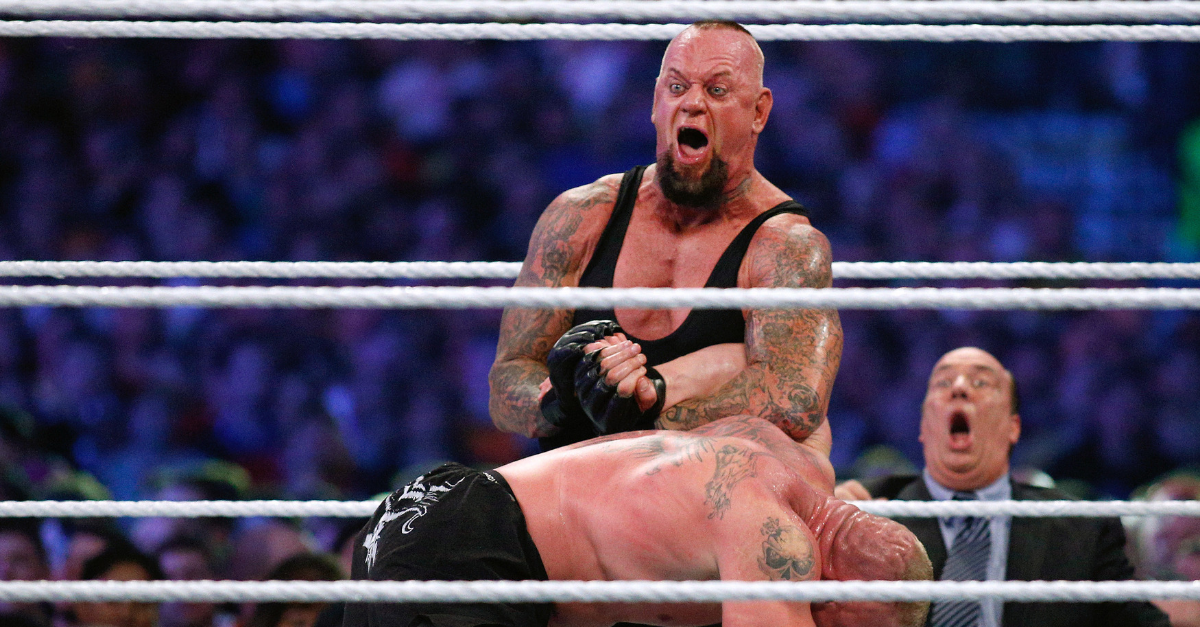 For many years, rumors of The Undertaker retiring from in-ring competition have widely circulated. When he lost to Roman Reigns at WrestleMania 33, these rumors seemed even more true. However, The Deadman could not stay away from the ring and returned a year later to answer John Cena’s challenge at WrestleMania 34 in New Orleans. Undertaker was able to defeat Cena in under three minutes, and he also competed in three other matches throughout 2018.

Following his tag team loss alongside Kane against DX’s Shawn Michaels and Triple H, Undertaker looked to have reduced his commitment to WWE. Moreover, according to the Wrestling Observer Newsletter, WWE Chairman Vince McMahon became angry when Undertaker started to schedule wrestling-related events outside of the WWE umbrella.

Undertaker agreed to do talk shows and meet-and-greet appearances in the United Kingdom in late April. He also was opening up for bookings for $20,000-$25,000, and even confirmed an appearance for the upcoming Starrcast convention from May 23-26 in Las Vegas, Nevada.

UPDATE: According to Sports Illustrated’s Justin Barrasso, both The Undertaker and Kurt Angle were pulled from appearing at Starrcast. Get Engaged, Undertaker’s representation group, revealed that WWE “says he can’t do it.”

Vince McMahon was not happy to find out about these appearances and did not want him to do it. As a result, Mick Foley will be Undertaker’s replacement for the talk show during the European tour. When things calmed down between the two parties, Dave Meltzer in the WON added that there was a deal reached.

“After the Starrcast thing went public, Vince got mad and when things calmed down between the two, WWE made him an offer he couldn?t refuse financially and part of the contract was an agreement he could no longer do those type of dates. Of course, he still would have to do the ones he had contractually agreed to.”

Originally, WWE had a Saudi Arabia date scheduled for May 3. However, this has not reportedly been changed to June 7, although it’s still not been publicly announced by WWE.