The 2022 Formula One Season may not have the drama and intrigue of last year's thrilling championship fight between Lewis Hamilton and Max Verstappen, but that doesn't mean it's been a snooze -- in fact, far from it.

Regulation implementations by the FIA ahead of the season have ushered in a new era of aerodynamics, with the change in rules encouraging closer racing. With more opportunities to overtake, the 2022 campaign has seen pluckier races and more rousing fights to the finish.

The switch in guidelines has also shaken up the order on the track, with Ferrari entering the opening swing with the quickest car. Carrying that mantle has proven more of a burden than a gift for Ferrari, however, with the boys in red's triumphs, trials and tribulations making headlines throughout the season's opening frame.

Ferrari and Mercedes have cleaned up behind Ferrari's mess, with both sides overcoming early reliability and bouncing issues to bank points heading into the month-long summer intermission.

The midfield has seen competitive fights as well, with a series of inconsistent teams looking to gather some stability down the stretch to claim the best of the rest title.

With a driver championship still (sort of) on the table, a surging Mercedes team, and silly season underway, the second half of the F1 motorsport season is set up for a dramatic finale. 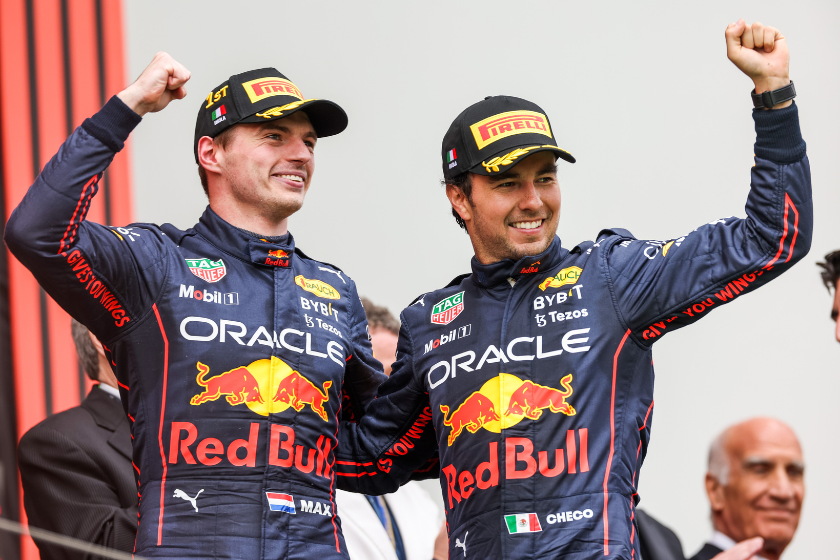 Red Bull Racing is riding high heading into the summer break, with Verstappen stealing a surprise win in the Hungarian Grand Prix after starting 10th on the grid. The Hungaroring was no match for the reigning Formula One World Champion, who looks poised to repeat his 2021 title following Budapest, extending his points lead to 80 ahead of a struggling Charles Leclerc of Ferrari. Simply put, since his win in Miami, Verstappen has been unstoppable.

After overcoming early reliability issues, Red Bull has capitalized on Ferrari's blunders to charge to a dominant season, sweetened with a Monaco win for Sergio Perez and eight race victories for Verstappen. It's not over until it's over, but Red Bull appears within striking distance of the constructors and driver's championships.

Verstappen has been applauded for his perceived maturity this season, emphasized by his recovery from a spinout in Hungary. At 24 years old and with a trophy already in his haul, Verstappen appears at the pinnacle of his career, conjuring the perfect mixture of youthful exuberance and emerging veteran. 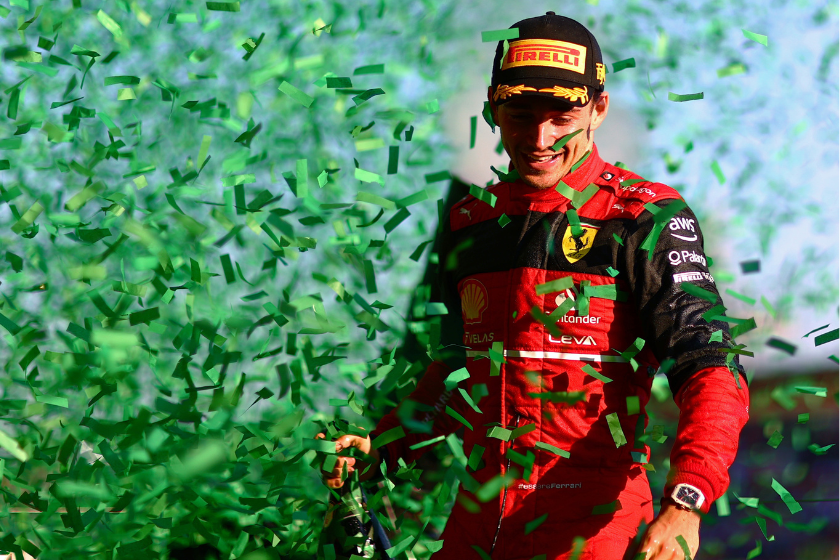 Ferrari is having a horrible, no good, very bad season.

Entering the 2022 campaign, the team looked to have the drivers and constructors championship on its front wheel, especially after a brilliant 1-2 finish at the Bahrain Grand Prix in March. But any advantage Ferrari may have had has been blown at the midseason mark.

The team's confusing strategy choices have consistently failed Leclerc and Carlos Sainz, with the Hungarian Grand Prix no different. Sainz started in P2, while Leclerc started in P3 from the second row, with only Mercedes' George Russell ahead of them, but finished in fourth and sixth, respectively.

The lackluster performance once again came at the hands of a Ferrari strategy blunder. The team inexplicably pitted Leclerc from the lead at Lap 40, putting him on hard tyres, despite the tyres difficulty warming up in the cooler Budapest temps. The Monégasque was once again pitted on Lap 55 for softs, costing Leclerc the podium.

Slow pit stops also plagued Ferrari, in an overall disappointing performance to cap off a bungled start to the season. "Obviously, a race like this is frustrating. And need to get better as a whole," Leclerc said following the event.

Ferrari showed up to the 2022 series with the quickest car, with the team's pace underscored by seven Leclerc pole positions. Race day, however, has been a different story for the team, with baffling pit strategy, engine explosions and crash-outs overshadowing Leclerc's three victories and Sainz's maiden F1 win.

Ferrari will be under enormous pressure to turn around its 2022 campaign when Formula One returns in late August. 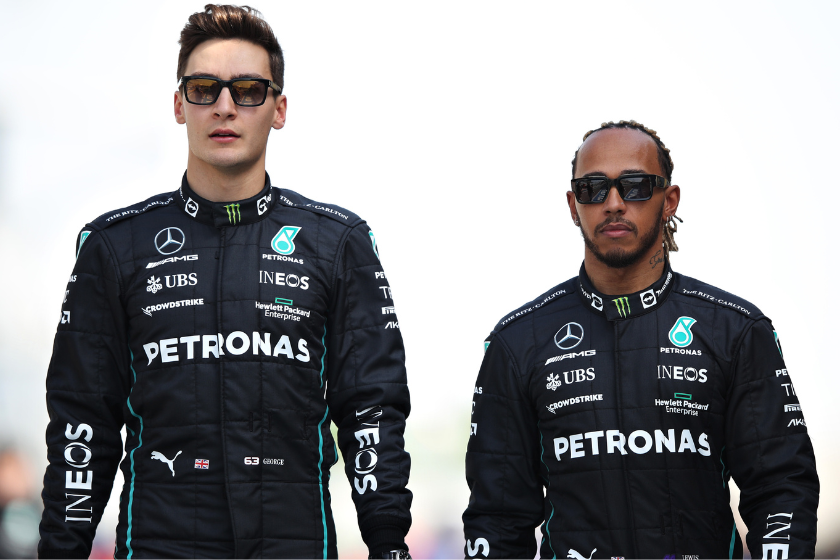 RELATED: The Future of Women in F1: Is the FIA Willing to Enact Real Change? Not Likely.

Porpoising is the word of the season for Mercedes, with the team's cars bouncing up and down the track to start the 2022 swing. Precise and consistent improvements to the car, however, have put Mercedes back in the fight.

Like Red Bull, Mercedes has been the benefactor to Ferrari's miscalculations, quietly accumulating points week over week. Only 30 points back from Ferrari in the constructors standings, Mercedes is set up for a backend push behind remarkable consistency from Russell and the perseverance of Hamilton.

Mercedes heads into the break with momentum after clinching back-to-back double podiums in France and then Hungary. Next on the team's to-do list is to steal a win from Red Bull or Ferrari, having yet to stand atop the podium this season.

Best of the Rest: A Chaotic Midfield Fight is On 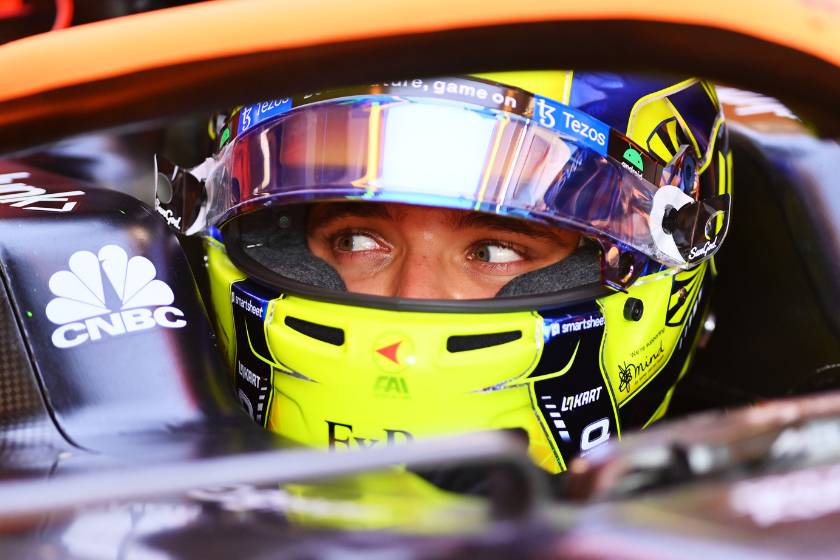 RELATED: Top 5 Formula One Drivers That Will Move the Needle in 2022

The midfield has been widely inconsistent this year, with Mercedes reliably cleaning up any Red Bull or Ferrari mess as the third fastest team on the track.

Fourth in the constructors standings sits Alpine at 99 points, 205 points back from Mercedes for those counting, and four points ahead of McLaren.

Lando Norris has done his best with a middling McLaren car, scraping together 76 points to secure seventh in the drivers standings, while teammate Daniel Ricciardo has added just 19 points for his team. The boys in orange have yet to bring home more than ten points since April's Italian Grand Prix in a lackluster campaign.

Alpine has recovered from two DNFs to notch double-digit point hauls in four of the last five races heading into the summer break. Alfa Romeo is also in the chaotic midfield race, with Valtteri Bottas putting together impressive moments to start the season but has failed to log any points since the Canadian Grand Prix.

Haas, proven at enduring turbulent spells, has enjoyed flashes of brilliance through a scrappy 2022 season. Kevin Magnussen, who returned to the sport after a year away, has shown his skills in instances where he is allowed shine. Mick Schumacher, who had previously struggled to live up to his towering namesake, earned his first F1 points for Haas at the British Grand Prix, in another moment Haas will hope to hold onto. For the most part, however, unpredictability has been the name of the game for the Guenther Steiner-led team. 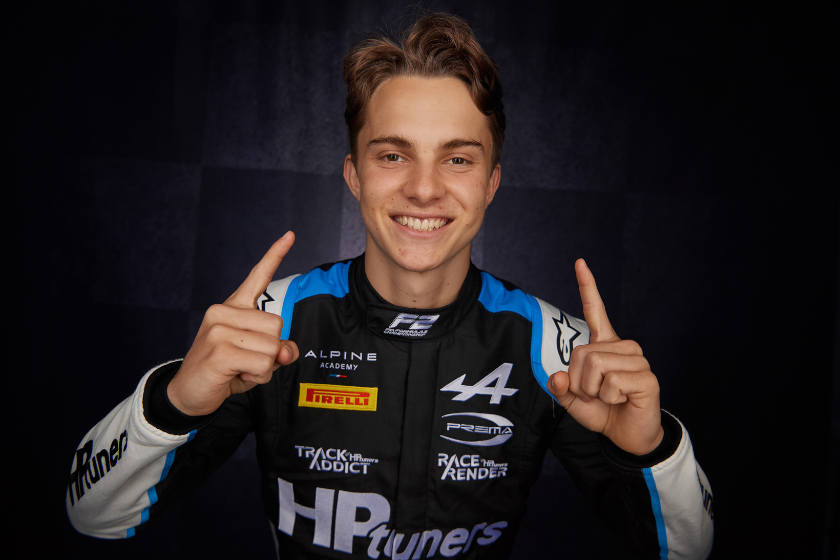 RELATED: Is Daniel Ricciardo Washed Up or Just Temporarily Floundering?

Silly season officially commenced when F1 legend Sebastian Vettel announced his retirement from the sport on July 28. The four-time champion revealed the news via a black-and-white video posted to Instagram, proclaiming the 2022 season would be his 15th and final run in F1.

"The decision to retire has been a difficult one for me to take, and I have spent a lot of time thinking about it; at the end of the year I want to take some more time to reflect on what I will focus on next; it is very clear to me that, being a father, I want to spend more time with my family," Vettel said in his retirement announcement.

The 35-year-old's declaration left a seat open at Aston Martin, which fellow veteran F1 veteran Fernando Alonso quickly filled. As Vettel did, Alonso will bring gravitas to the Lawrence Stroll spearheaded team, which features his son Lance Stroll as a driver.

What happened next was truly extraordinary, with Piastri responding to Alpine's release, stating that contrary to what the team has said, he would not be joining Apline for the 2023 season.

"I understand that, without my agreement, Alpine F1 have put out a press release late this afternoon that I am driving for them next year," Piastri wrote in a Twitter post. "This is wrong and I have not signed a contract with Alpine for 2023. I will not be driving for Alpine next year."

Now, reports have emerged that Piastri could be in line to supersede Ricciardo at McLaren. According to ESPN, the 21-year-old has inked an agreement with McLaren, and team Ceo Zak Brown appears to be waiting out Ricciardo, who he hopes walks so he doesn't have to finance a penalty for failing to finish out the driver's contract. While McLaren declined to offer ESPN comment, several sources tell the outlet Brown is determined to secure Piastri's place on the team.

As McLaren's swaps remain pending, Alpine still has a spot to fill, with many speculating Pierre Gasly as the driver to step in. Alex Albon recently signed a multi-year contract extension with Williams, locking in one seat at the team and quieting any chatter about a potential move.

With Riccardo potentially on the market and an Alpine seat still open, silly season has just begun, with more swaps expected through the summer break. In short, watch this space.

Formula One returns to the rack on August 28 for the Belgian Grand Prix, followed by the Dutch Grand Prix on September 4th, and the Italian, Singapore and other Grand Prix leading the way down the home stretch to the Abu Dhabi Grand Prix on November 20th.