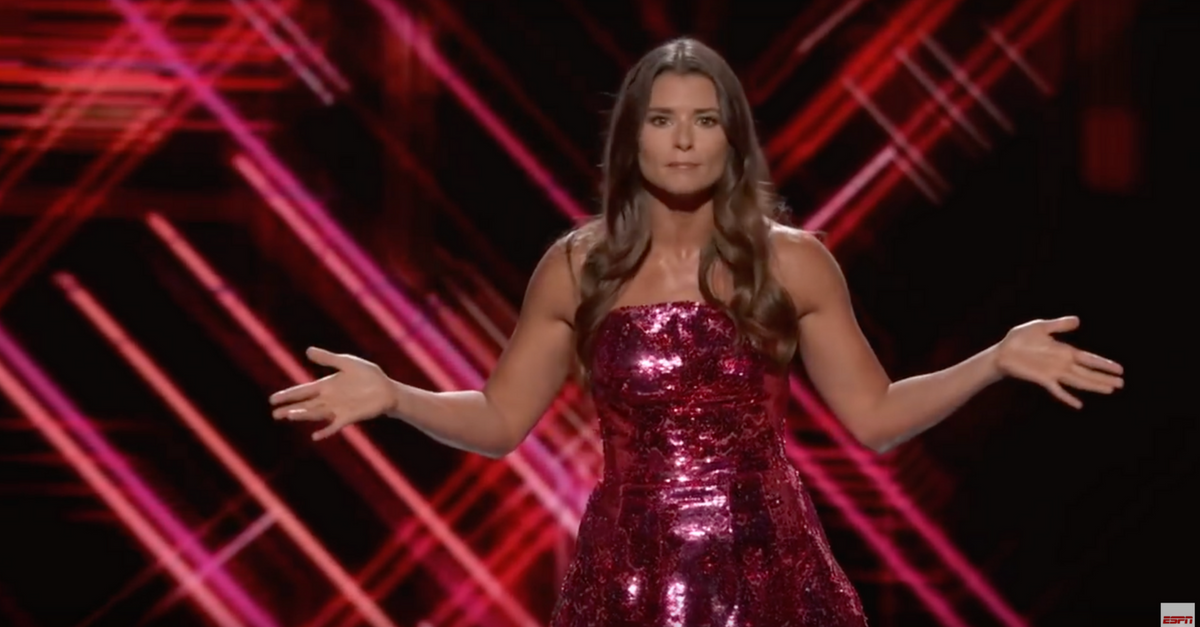 When ESPN aired the 2018 ESPY Awards, the show marked the 25-year anniversary of the ceremony; ESPYs are given to the year’s top performers in the sports world.

From high school athletics to the Olympic Games, the ESPYs mark the end of the sports year, remembering those lost, honoring the world’s best athletes, and recognizing outstanding human achievement in the sports world.

The show ushers in the dawning of a new year in sports.

The 2018 ESPYs host, retired race car driver Danica Patrick, was bestowed the honor of kicking off the ceremony as all awards show hosts do ? She gets the opportunity to poke fun at the people in front of her, make a political reference or two, and get the crowd loosened up before the marathon show begins.

It’s unknown who actually wrote the monologue, but the following is what she, and the ESPY Awards, came up with:

So, how do I put this lightly?

It was terrible. Microsoft Theater flooded with cries of dismay, groans, and flat chuckles stood where laughter should have been.

From her Jose Altuve short joke to an Odell Beckham Jr. hair joke to some kind of Lebron James-Los Angeles hair plugs reference, the entire thing stunk. It wasn’t even a close attempt at humor; it was lazy, it was poorly written, and it was executed even worse.

“For those unfamiliar, Curling is the sport where you’re allowed to kneel,” Patrick started while welcoming members of the U.S. Olympic team.

Next, Patrick dropped the big, payoff line: “That’s right, we have to mention the elephant in the room. It’s time to talk about the national anthem policy.”

BANG! Up popped a picture of Fergie from her infamous All-Star game rendition of “The Star-Spangled Banner.”

Eagles defensive end Chris Long gets caught saying what everyone was thinking, “That was bad.”

Sorry, Chris. It only got worse.

Danica Patrick culminated the display with a joke pointing at the Catholic Church.

“Villanova won their second National Championship in three years. Which is really suprising, and amazing, because Catholic schools usually forbid students from going all the way.”

Yeah, she made that kind of a “joke.” Dan Marino’s face says it all.

On the whole, the show checked all the boxes of a yearly award show. It featured the world’s elite athletes, remembered lives lost, honored the courageous efforts of people like Jim Kelly, the family members of coaches who were killed at Marjory Stoneman Douglas high school, and showed the world how powerful a woman’s voice can be.

The show ended with members of the group of woman who famously read their testimonies in court in front of former gymnastics trainer Larry Nassar, who is currently serving a 40 to 125-year sentence for sexual abuse, because they had the courage to speak up.

The show was packed with memories of the past year, and hope for the year to come. It also happened to feature one of the worst hosts in award show history.

Maybe have Green Bay Packers quarterback Aaron Rodgers do a Discount Double Check on the monologue next time.

This article was originally published July 19, 2018.