Did you know that there was a time when NASCAR race cars were unmodified, straight-out-of-the-factory, with actual doors and everything? It should go without saying (but I'm still going to say it) that these cars have come a long way since that first sanctioned race more than 70 years ago.

In the seven decades that professional stock car racing has been around, there have been seven generations of cars. Improved safety and performance additions have fueled the changes over the years, and while each iteration has been met with both praise and criticism, it truly is amazing to see the feats of engineering that have gone into making these incredible machines. Let's take a brief look at the evolution of the NASCAR stock car from generation to generation. 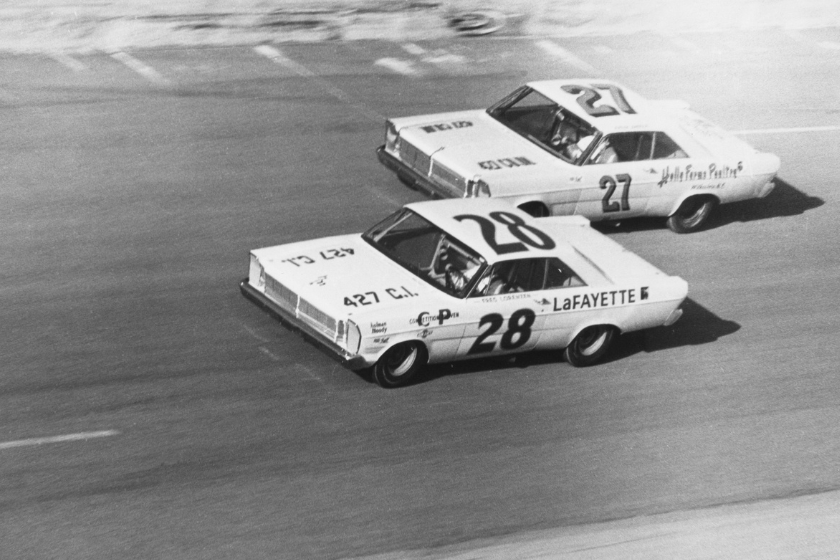 On June 19, 1949, NASCAR ran its first sanctioned event at Charlotte Speedway in Charlotte, North Carolina. The series that would eventually become known as the NASCAR Cup Series was called the Strictly Stock Series. That's because the cars were, well, strictly stock. They were pretty much carbon copies of the manufactured versions, and no major modifications were allowed. Using a stock body and frame, the cars also included a heavy-duty rear axle that stopped them from rolling over during competition.

Today, there are only three manufacturers: Chevrolet, Toyota, and Ford. But, back in those early days, pretty much every American manufacturer was trying to get a piece of the action. Some of the cars used during this time included the Chevy Impapla, the Ford Galaxie, the Hudson Hornet, the Oldsmobile Rocket 88, the Plymouth Belvedere, and the Pontiac Catalina. 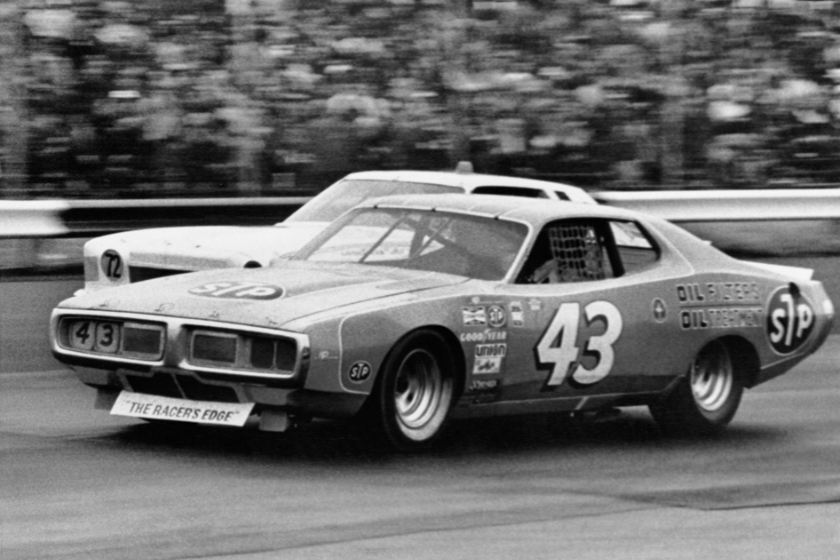 The first major safety updates to NASCAR race cars came in 1967 with the Gen-2 models, which had full roll cages welded to frames. Built to handle the superspeedways that had just been introduced to NASCAR racing, these cars were no longer required to be strictly stock, as teams were permitted to adjust the chassis. Gone were the days of opening doors, too, as racers had to enter their cars through the window openings. 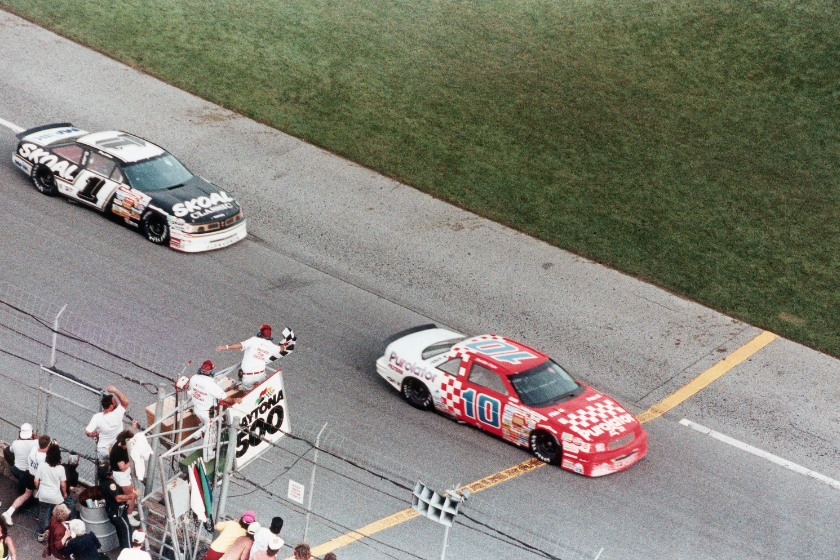 Once the Gen-3 cars came around, they were moving further away from that original stock look. The cars were streamlined, with the wheelbase reduced from 115 to 110 inches. Spoiler alert: the spoilers were also much bigger. The 1981 Cup season featured a mix of Gen-2 and Gen-3 cars, and it wasn't until 1982, when the Daytona 500 officially moved to Daytona International Speedway, that Gen-3 cars were universally used.

The 1987 season was a pivotal one for the Gen-3 car. At Talladega that year, Bill Elliott set the NASCAR qualifying record of 212.809 MPH, a record that still stands to this day. Unfortunately, disaster also struck at the 1987 Winston 500, as Bobby Allison's car got airborne and nearly flew into the grandstands. The following year, the cars required restrictor plates. 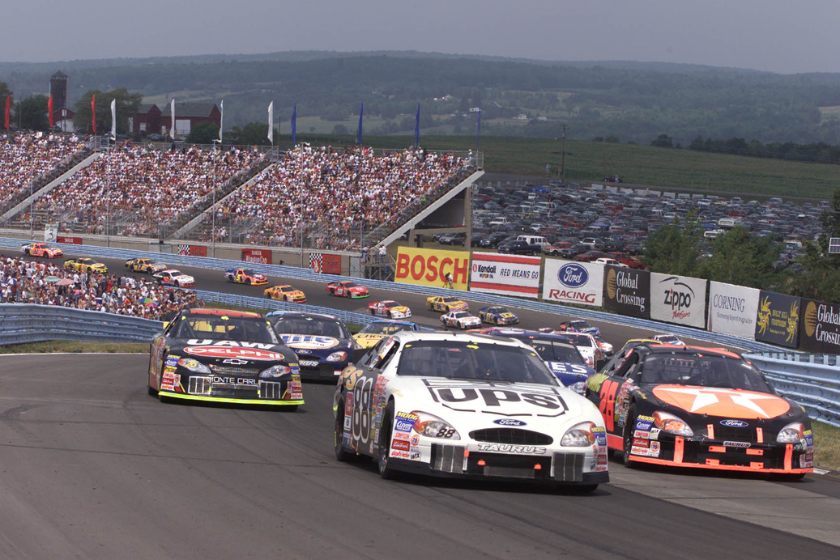 Gen-4 cars were "stock cars" in name only, as the bumpers, nose, and tail were the only parts that resembled the street-legal models. Aerodynamics was the name of the game with this iteration. Fiberglass bodies replaced steel to reduce the weight of the cars, while NASCAR teams started using wind tunnels to gain every aerodynamic advantage that they could.

You may recall a few notable years during this era. In 1994, roof flaps were mandated to keep cars from going airborne. It also marked the final year that V6 engines were used in the Busch Series. Sadly, there were several racing-related deaths that occurred during this time. John Nemechek died in 1997, while both Adam Petty and Kenny Irwin Jr. were killed in 2000. And, of course, every NASCAR fan, from casual to hardcore, remembers that 2001 marks the year that Dale Earnhardt Sr. tragically died at the Daytona 500. As a result of these fatalities, NASCAR would introduce a number of sweeping safety changes for the Gen-5 cars. 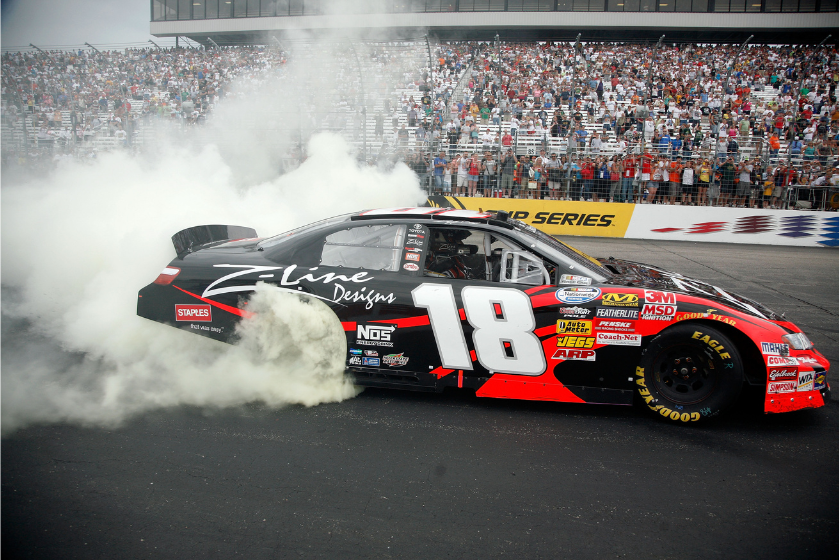 The "Car of Tomorrow" nickname obviously didn't hold up, but the Gen-5 model made large strides when it came to safety advancements. Designed with front splitters and large rear wings, the cars also cost less to maintain and were meant to increase competition.

Despite the effectiveness of the safety implementations (no deaths have occurred in the Cup Series since the introduction of the Gen-5 car), several drivers and talking heads criticized the car for not being the most exciting from a performance standpoint. Even Kyle Busch, who won the first race during the fifth generation, gave a negative review of the cars, simply stating: "they suck."  But, hey, if there's one constant in NASCAR, it's this: there's no pleasing everyone. 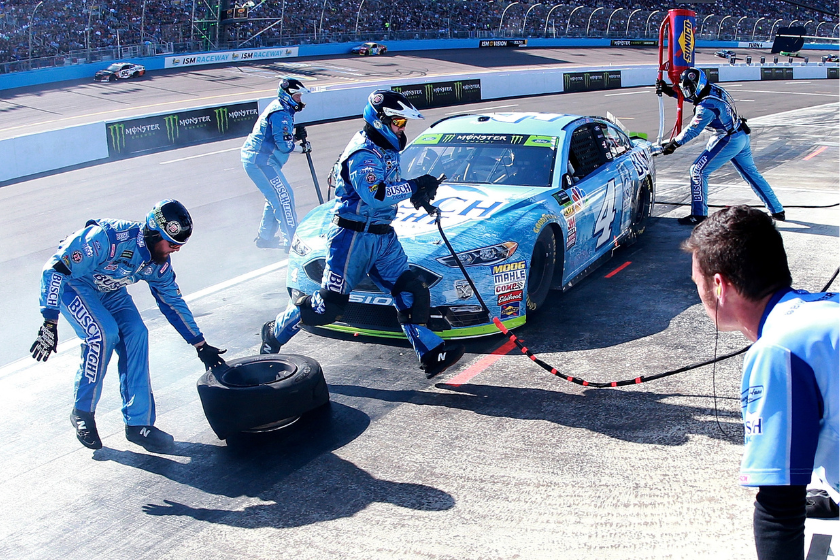 For the Gen-6 cars, Chevy, Ford, and Toyota teamed up to make the models look more like their corresponding showroom cars. Over the years, the cars utilized a number of different aerodynamic and downforce packages to increase performance. A major addition included offering more grip and speed to NASCAR drivers with the intent of facilitating more exciting competition. The car set track records at 16 of the 23 tracks that it was used on, and provided a low margin of victory of 1.267 seconds between drivers, which marked a return to fast and competitive racing.

Safety improvements included the additions of the forward roof bar and center roof support bar to the roll cage, which made the roof stronger in the event of a crash. Larger roof flaps were also introduced to help to keep the cars from flipping in the air at high speeds, though this intended goal was not always accomplished. At the 2015 Coke Zero 400, Austin Dillon's car got airborne during a multi-car pileup and ripped the Daytona catchfence. More infamously, Ryan Newman sustained serious injuries at the 2020 Daytona 500 during a massive wreck on the final lap. 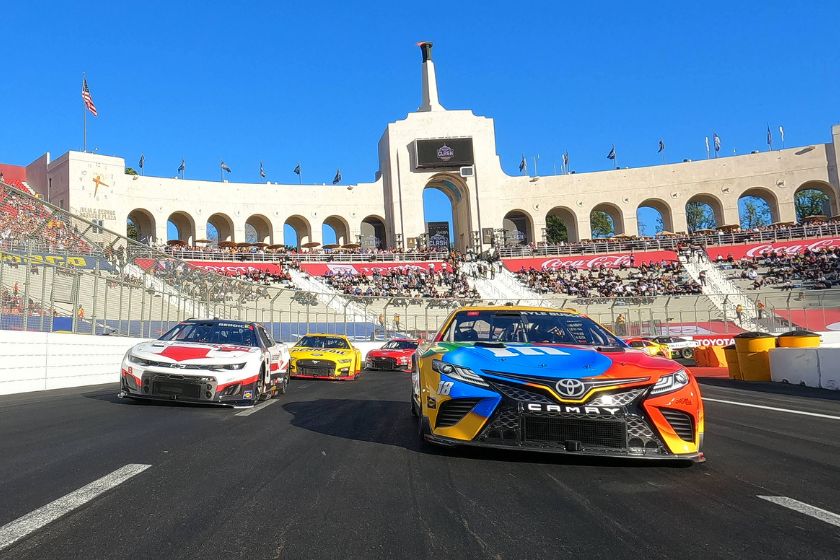 Last, but not least, we have the Gen-7 car, also known as the Next Gen car. The latest car featured a major overhaul, from changes in body design (the use of a rear diffuser and lack of a rear decklid) to performance improvements (a floor-mounted six-speed sequential manual transmission, independent rear suspension, 18-inch single-lugnut aluminum wheels, and clamp-on refueling hoses that replaced fuel cans).

If you followed NASCAR this year, you know that there were a number of criticisms heaped upon the Next Gen car. All you have to do is listen to Kevin Harvick's "crappy-ass parts" rant after the September race at Darlington to understand how a lot of drivers feel about the Gen-7 car. Time will tell if NASCAR does anything to fix these issues.

MORE: When It Comes to NASCAR's Safety Issues, Kevin Harvick Won't Be Silenced