At 655 W Church St, Orlando, FL 32805 sits Exploria Stadium. It is a mere 20-minute drive from the gates of Disney World, sitting at the northern point of the Parramore neighborhood in Orlando, a stone's throw away from the Amway Center, just down the road from Camping World Stadium.

Exploria Stadium is a Soccer-Specific Stadium 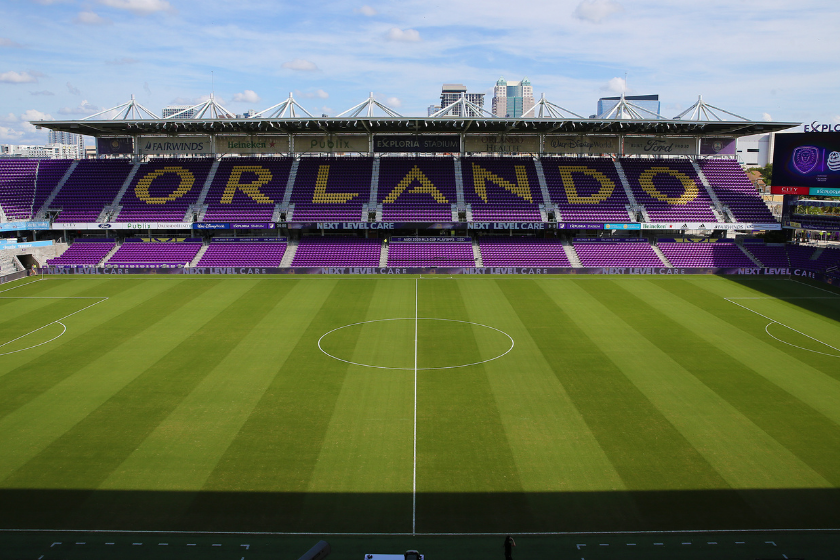 The beauty of Exploria is that it's a soccer stadium and nothing more. Unlike some MLS teams who must share with NFL or MLB sides, like New York City FC at Yankee Stadium, the city of Orlando provides a soccer experience that is starting to become more popular across the United States. This is exactly what the club's investors were thinking and why they decided to build a new stadium specifically for this purpose.

Teams like New York Red Bulls and NJ/NY Gotham FC both share Red Bull Arena. OL Reign and Seattle Sounders may share Lumen Field with the Seattle Seahawks, but the fanbase out there is rabid, so it works. The Chicago Red Stars and Chicago Fire FC shared SeatGeek Stadium before the MLS squad moved back to Soldier Field for a third stint. Which is similar to Atlanta United and the Atlanta Falcons at Mercedes Benz Stadium. Those don't make for a cavernous experience like seeing the New England Revolution at Gillette Stadium. Los Angeles Football Club and Angel City FC, as well as Sporting Kansas City and the Kansas City Current, are now going to be sharing an address in the future. As the game of soccer continues to grow, we should see this behavior continue to flourish.

But those cavernous spaces in Atlanta, New England and Seattle trade off advantageous space for home-field advantages. At Exploria Stadium, according to orlandocitysc.com, the four canopies that cover the seating sections actually amplify crowd noise from Orlando supporters. As any player will tell you, crowd noise can play a massive role in a team's game plan and Orlando gets the same impact thanks to its stadium design.

It feels like a no-brainer. In other parts of the world, when you look at a Football Club, that encompasses the women's team, men's team, youth academies, and is a full working operation. It seems like the US is starting to really grasp that working concept and Central Florida is a perfect place to look at how well it works. Orlando City SC and the Orlando Pride will be looking to bring MLS and NWSL Championship banners into that stadium, further cementing the importance of the club mentality. 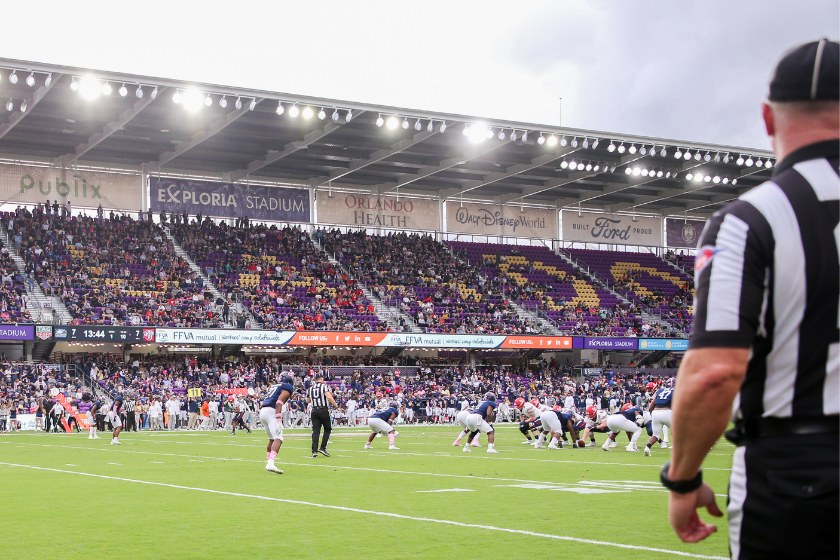 Outside MLS and NWSL, Exploria Stadium also has been home to the Women's College Cup, the Cure Bowl, MLS All-Star Game and FIFA World Cup Qualifying matches. Most recently, the USMNT downed Panama 5-1 in downtown Orlando.

Having a sporting venue for the world's most-played sport in such a populous area is hugely important for the growth of the game in the United States. Disney World is marketed as the happiest place on Earth, and if you're looking for something to do in the area that isn't in one of the parks, catching a match 20 minutes away on Church Street could be for you.

With Miami being such a highly trafficked destination in Florida, it's important that folks don't forget that Orlando is brimming with sporting potential and already has some great products.

Who Plays at Exploria Stadium? 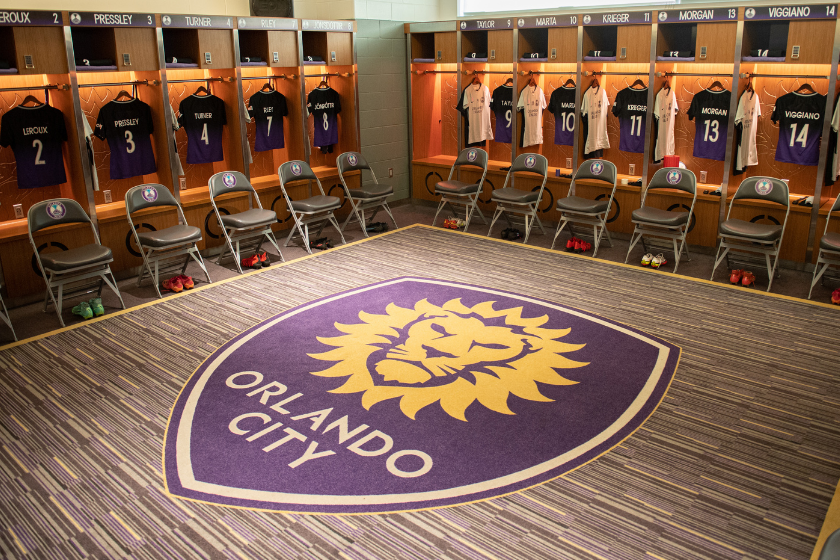 Since its opening in 2017, Exploria Stadium became the first stadium to host MLS, NWSL, and USL clubs within the same walls. And the city of Orlando has done nothing but reap the benefits since. The clubs have a raucous supporters section that builds a great atmosphere, and makes it a difficult environment for opposing teams to be at their best.

It has been home to international stars such as Alex Morgan, Marta, and Kaka, and will continue to be a draw for domestic league and international play.

Unfortunately, Marta has been placed on the season-ending injury list, before the regular season is even set to kick off. This is going to force the Orlando Pride to lean heavily on Canadian international Sydney Leroux to bring the grit and experience needed to give the Pride a chance to fight for the NWSL title. And they'll need to dig in deep in order to overcome the early deficit they've found themselves in with the Challenge Cup.

For Orlando City SC, they are led on the pitch by their three designated players. First, they have attacking Uruguayan midfielders Mauricio Pereyra and Facundo Torres, manning the right and left flanks respectively. Then there's Ercan Kara, a powerful 6-foot-4 Austrian striker who's looking to make his mark in Major League Soccer. They've kicked off the MLS season quite well, so they'll be looking on building on those performances in hopes of hosting an MLS Cup final, or at the very least playing in one.

Another Feather in Orlando's Sorcerer's Hat

There are a myriad of options for things to do in Orlando. Whether it be Disney World, Universal Studios, attending the Citrus bowl, catching the Magic shoot some hoops, or any other reason you may find yourself in Central Florida, don't let Exploria Stadium go unnoticed.

The atmosphere matches up with some of the best across the country and should continue to be seen as a foundation for how multi-use sporting venues can be utilized as soccer continues to gain popularity throughout the United States.

MORE: Alex Morgan Fell in Love With a Soccer Player & Started a Family