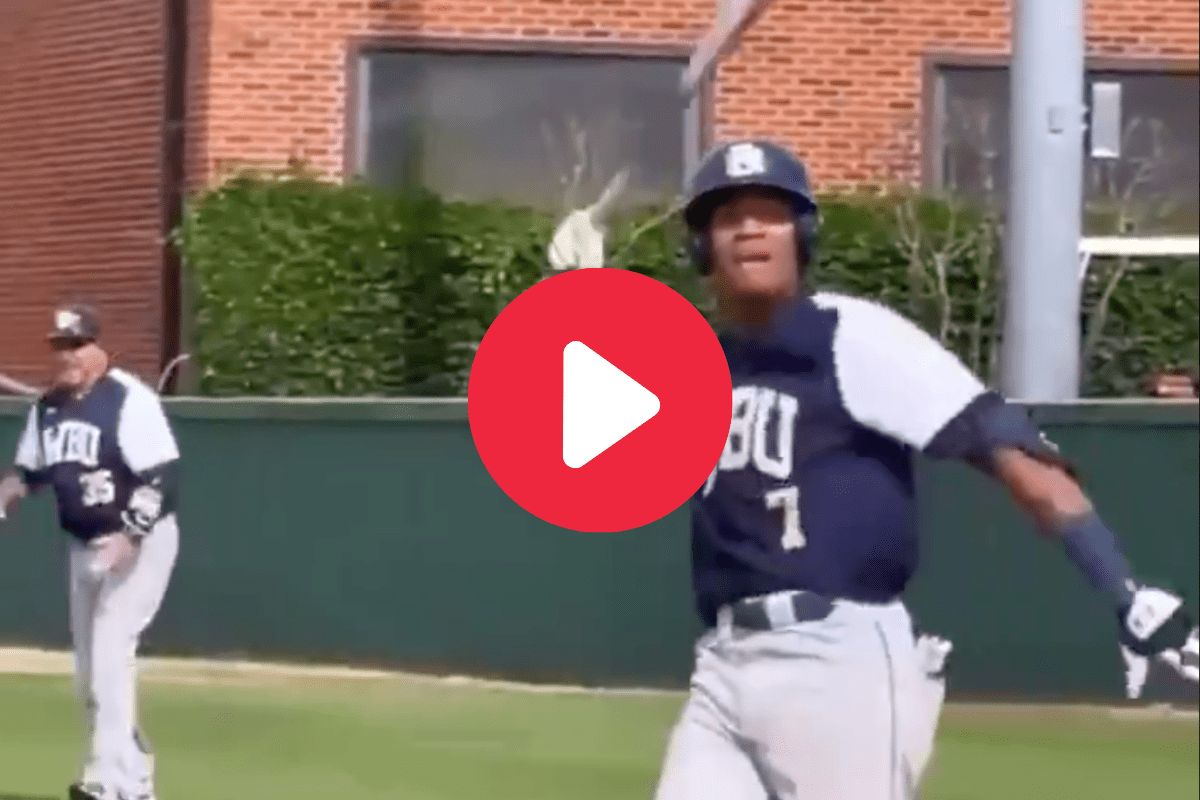 Older generations see them — and their accompanying celebrations — as disrespecting the game and “not playing it the right way.” Younger folks like Fernando Tatis Jr. have disregarded baseball’s unwritten rules and would likely argue players should be able to have fun by celebrating their on-field accomplishments.

This mindset has trickled into the high school and college baseball and softball ranks, where sluggers have taken these moments of showmanship to the next level.

This makes me sad! We haven’t taught this generation how to behave on a baseball field. This is what we get. “Let the kids play” isn’t the message we should be sending obviously. #shegone ⁦@notgaetti⁩ ⁦@BobFile⁩ ⁦@twuench⁩ ⁦@RickWrona⁩ ⁦@GDBJr5⁩ pic.twitter.com/qRye9RAcZF

That’s Gregory Ozuna hitting. He’s an infielder for Wayland Baptist University, and he hit one of the biggest home runs of his life on Saturday against Oklahoma City University.

Ozuna’s team was down by eight runs at one point in a playoff game during the NAIA Sooner Athletic Conference baseball tournament. They battled all the way back. It wasn’t until Ozuna’s monster home run in the ninth inning that WBU finally took the lead and eventually won the game to keep their season alive.

Call him cocky. Call him excited. Call him what you want. Ozuna spiked the bat into the dirt (and hopefully didn’t hit anyone with it). He pumped his chest as he rounded the bases. When he reached home, he emphatically stomped on home plate to a resounding “BOOM!” from his teammates in the dugout.

The video of the home run celebration circulated over social media, and many users weren’t thrilled with Ozuna’s antics.

Retired (and disgruntled) MLB player Jeff Frye, who never hit more than four home runs in a single season, posted it to Twitter where it’s received more than 10,000 retweets and four million views.

“This makes me sad! We haven?t taught this generation how to behave on a baseball field. This is what we get. ‘Let the kids play’ isn?t the message we should be sending obviously,” he wrote.

Another user chimed in: “The epitome of ‘Me’ culture. Shame on the coaches for allowing it to happen as well. Wonder if he got plunked next at bat?”

So did ones that argued Ozuna was simply having fun. If the pitcher didn’t want him to celebrate so cockily, maybe he should’ve made a better pitch, one said.

I absolutely love how upset this is going to make people. If pros did this, fans would go nuts, opposing pitchers would get rattled and upset. Drama equals ratings, baby. pic.twitter.com/s5Kv7zRAAw

Sure, maybe he should’ve have thrown the bat near the umpire. That move actually got him ejected from the game, as Yahoo! Sports pointed out:

“Ozuna was ejected before he ever reached first base. The home plate umpire was nearly hit with the bat when Ozuna threw it back ? not fair to call it a bat flip, because he just turned and fired it toward…someone ? and the ump chucked him from the game immediately. The game was actually delayed about four minutes while the umpires tried to calm the situation and decipher whether the run should have been allowed to score (which, they determined correctly, at least according to the major league baseball rule, he should).”

But let’s not fault the kid for showing some damn emotion in baseball.

“Thank you to all the people supporting me and for keeping my head up. My season is done because we got eliminate. God bless you all and I?m thankful forever,” Ozuna wrote on Twitter.

Ozuna’s team wound up losing on Sunday to end their season, but his home run celebration will probably remain a topic of discussion.