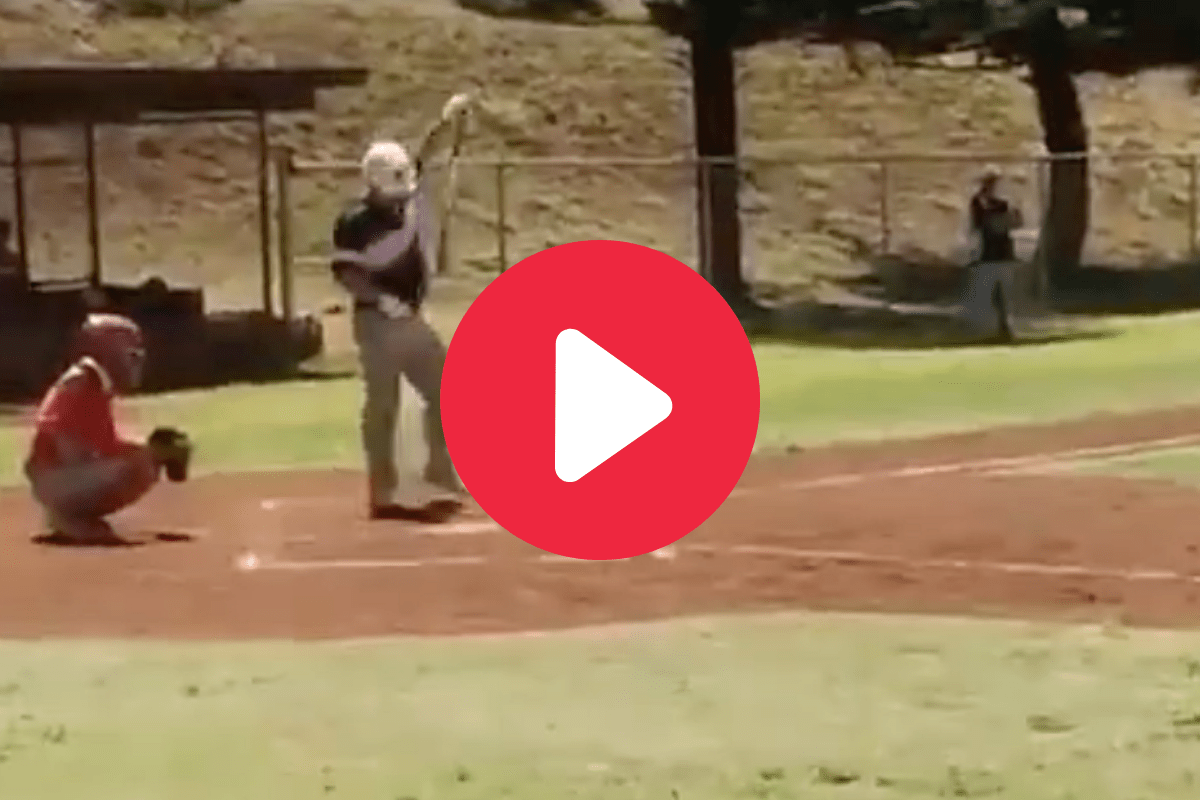 Baseball players are historically not the most humble athletes around. The higher the level, the bigger the ego can get. There?s a certain edge to them that often results in taunting bat flips and even brawls. It?s simply just part of the game at this point, and how one high school kid embarrassed his opponent took it to the next level.

In Hawaii, the Central 19U team was dominant last summer. They went 18-1 with a roster filled with some good players from the area. One of them was Makana Poole and one of his home runs went insanely viral.

Not only did Poole crank a deep home run to center field on the first pitch, he also did it after he tossed his original baseball bat to the side and pulled an extra one out when he got to home plate.

It?s a moment you just have to see to believe.

RELATED: Young Kids Play Baseball in the Middle of Traffic

This is an all-time flex. Seriously, it?s one of the cockiest things you will ever see. It?s also one of the most humiliating moments for the poor pitcher.

Hitter Makana Poole stood in the batter?s box and took a couple of light practice swings. Then, all of a sudden, he chucks it back toward the dugout before reaching into his pants and pulling out a new bat.

His teammates, including Kaipo Panui, who was filming the at-bat, started cracking up. What 18-year-old high schooler wouldn?t? But the fact Poole destroyed the first pitch fastball for a home run makes it even more legendary.

Honestly, it?s a little surprising the first pitch was anywhere near the strike zone. Poole is lucky he wasn?t plunked. The pitcher wanted a strikeout and he got embarrassed instead.

If a baseball player is going to pull a bat from his pants, he better back it up. And there?s no doubt Poole did in a big-time way.