$25 March Madness Trophy Is Perfect for All Bracket Champions 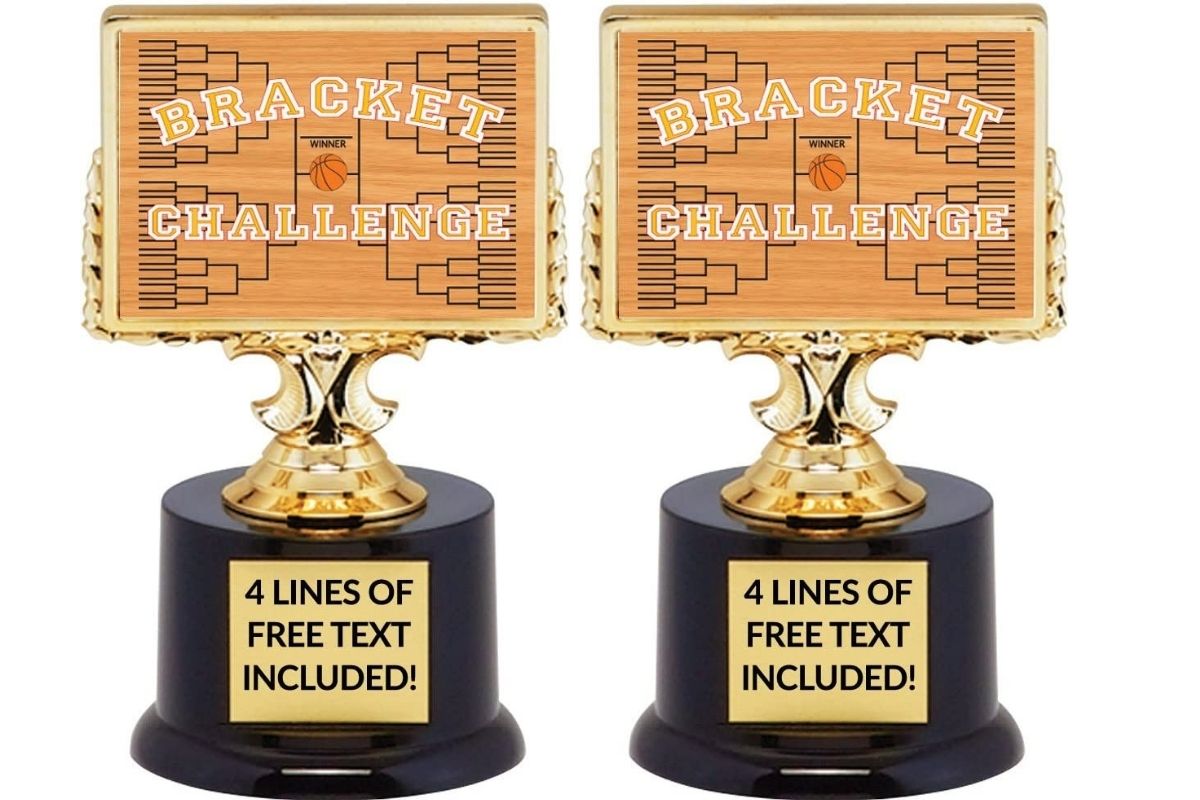 I took a look at my NCAA men’s tournament bracket on the ESPN Tournament Challenge app today, and it’s safe to say that I won’t be winning a gift card (or this cool trophy). However, one person can win this custom basketball trophy. That’s right, you can have the seller engrave four lines of text on the trophy for free.

You can find the basketball championship trophy on Amazon today for $24.95. Get creative with the laser-engraved text! Be sure to include the winner’s bracket name (if it was silly, of course).

Customers love the basketball tournament trophy. Rachel gave it five stars and wrote, “Used this for our family’s bracket challenge. Too fun! Nice idea for a trophy. Sits on shelf nicely.” Many customers are also raving about the terrific engraving quality.

It looks like this trophy is an overall hit with families, though. Check out this sweet review! If your grandpa’s basketball teams always end up in the final four, you have to give him a chance to win this trophy. He’d love it.

Dinn Trophy is the creator behind the high-quality March Madness trophy. It looks like they specialize in trophies for just about any sport or occasion. Since custom engraving is an option, consider them for fantasy football trophies too!