Michigan Routs Nebraska 56-10, Huskers Off to Worst Start Since 1945 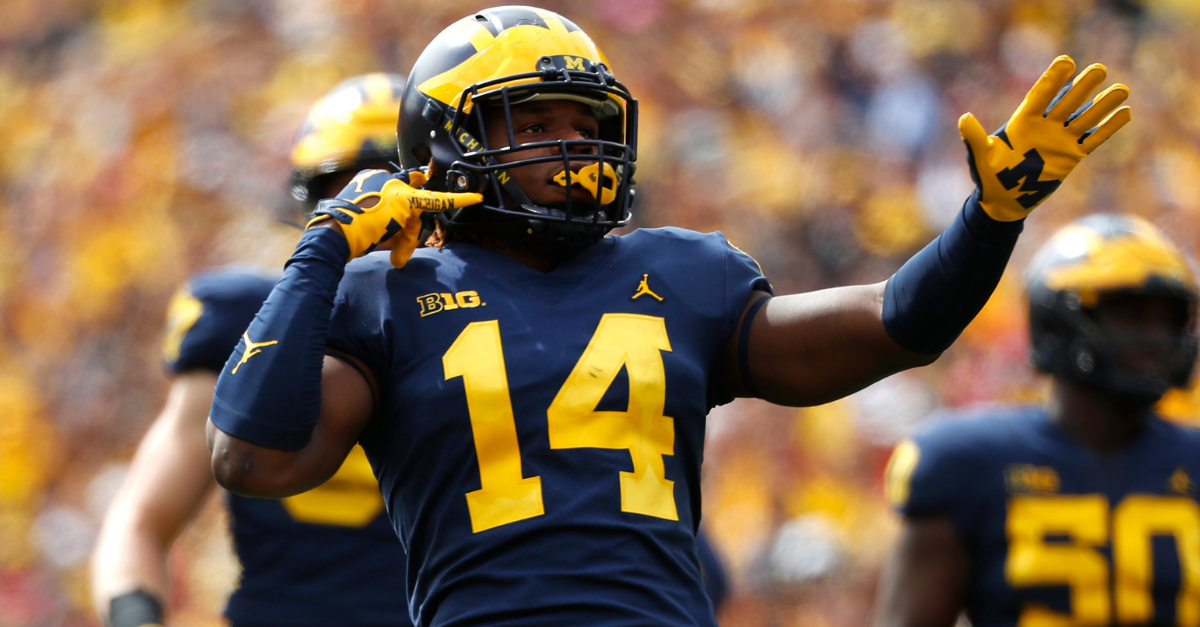 Karan Higdon ran for 136 yards and a touchdown in the first half to help the 19th-ranked Wolverines build a huge lead and they coasted to a 56-10 victory Saturday.

In Frost’s last visit to the Big House two years ago, he said Central Florida “outhit” Michigan in a 51-14 loss.

Michigan moved Nebraska around on offense, clearing huge holes for the running game and giving Shea Patterson plenty of time to throw. On defense, the Wolverines hit hard early and often perhaps in part because defensive coordinator Don Brown told them what Frost said after his last visit.

“We really took that to heart,” Wolverines linebacker Devin Bush said. “And, we wanted to make a statement.”

“Physicality, we got whipped,” Frost acknowledged.

“It just seemed like they really didn’t want to be out there at some points,” Michigan defensive end Chase Winovich said.

“We’re really going to find out who loves football and who loves each other and who is going to band together,” Frost said.

Michigan rested Higdon, who missed the previous game with an injury, in the second half. Patterson played only the first series of the second half, giving Dylan McCaffrey an extended opportunity to play.

Patterson was 15 of 22 for 120 yards with a 5-yard TD pass to Zach Gentry midway through the second quarter that put the Wolverines ahead 30-0.

Fullback Ben Mason ran for three touchdowns — for a total of 6 yards — to match the number of times he had scored previously.

Nebraska quarterback Adrian Martinez was cleared to play after missing last week’s loss to Troy because of a knee injury. The freshman was 7 of 15 for 22 yards with an interception and he lost 12 yards rushing.

Martinez batted down the football from the end zone after his first attempt on a play was deflected back to him, giving Michigan a safety and a 39-0 lead.

The Wolverines also scored on special teams, taking a 46-0 lead early in the third on Donovan Peoples-Jones’ 60-yard punt return.

“I don’t know how many times I’ve been a part of a game like that, but we got beat in every phase,” Frost said.

While trailing 56-3, the Cornhuskers had lost more yards due to penalties (66) than they had gained on offense (61) early in the fourth quarter.

“We’re not ready to beat a team like this yet,” Frost said. “But, the key word is yet.”

Nebraska: Frost, in his first season, has quite a challenge ahead of him trying to turn around a once-proud program.

“I told them that I honestly believe this is going to be the bottom,” Frost said.

Michigan: Momentum is on the Wolverines’ side after winning three straight games by lopsided scores after opening with a seven-point loss at Notre Dame.

Michigan linebacker Khaleke Hudson was ejected for targeting for a second straight game and will have to miss the first half next week at Northwestern.

Harbaugh agreed with the ruling.

“You can’t lead with your head,” he said.

Charles Woodson was recognized for being selected for induction into the College Football Hall of Fame later this year. The 1997 Heisman Trophy winner and national champion drew a roar from the crowd when he was shown on the videoboards during a timeout.

The rout and three straight wins may help Michigan move up a little in the poll.

Nebraska: Hosts Purdue, which was winless until beating No. 23 Boston College 30-13 for its largest margin of victory against a ranked team since 1999.

Michigan: Plays at Northwestern, which will have two weeks to prepare for the game after losing 39-34 to Akron. The Wildcats (1-2) opened the season with a 31-27 win over the Boilermakers.