Will Dan Mullen Have Any Magic Left When Florida Faces Georgia? 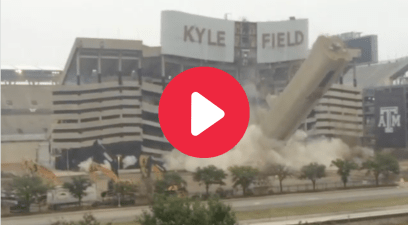 Bye weeks are essential in college football. The constant grind of practices and games week after week take a serious toll on players? bodies. Balancing film study and schoolwork can undoubtedly become hectic for players, too. For most players and coaches, a few days off are necessary to reset and refresh your body and mind.

But sometimes that isn?t the case. Let?s take a trip down memory lane. It?s 2005. The Gators have already lost to LSU and Alabama in the same month. Offensive coordinator Dan Mullen and head coach Urban Myer are on a bye week before Florida takes on an unbeaten No. 4 Georgia the following weekend. The coaching staff knows how big this win would be to turn around their season.

So Mullen, Myer and the coaching staff got together at Myer?s house to revamp the offense. They spent the whole night there.

Mullen asked about revamping #Gators offense prior to '05 win over #UGA, said coaching staff went to Urban Meyer's house and "spent the rest of the night there."

During the bye week before the 2005 UF-Georgia game, Mullen and Urban Meyer revamped the offense to fit what the players do best. Turned out to be a big win for the program.

Related: Why Gator Fans Will Never Rush the Field After a Win

Florida went on to win 14-10 in what wasn?t exactly a shootout by any means, but it did get the job done. The Gators, of course, went on to win the National Championship the next year. Maybe that late night had something to do with it?

Unless he’s keeping quiet about it this year, it doesn’t appear Mullen has something similar in store for the Bulldogs…but you never know.

Mullen did emphasize that the bye week was a chance to take some time off and come back ?refreshed? and ?ready to attack the day” before a top-10 SEC showdown between Florida and Georgia.

Mullen on #Gators bye week: "We did give them a bunch of time…I don't want us to come out and take awhile to get going. Hopefully they come out refreshed, ready to attack the day. That's kinda why we did it."

The Gators certainly deserve the rest. In Mullen?s first year as UF?s head coach, they?re 6-1, have a chance to play in the SEC Championship Game and a College Football Playoff berth is still within reach.

Florida?s schedule has been no cakewalk, either. ESPN?s FPI ranks its strength of record 10th among FBS schools. UF lost to a now-ranked Kentucky. It won back-to-back games against ranked opponents in LSU and Mississippi State before coming out on top in what turned out to be a dog fight against Vanderbilt. After that game, Mullen admitted his team could use some rest.

Mullen called #Gators 3 big wins before facing #Vanderbilt were "exhausting, draining for everybody on the team", said UF was "maybe a little tired from those games…not physically, just emotionally and mentally".