The Transfer Portal has been a second-string quarterback's best friend over the last few years, much to the chagrin of college coaches everywhere. When the NCAA introduced the portal as a way to alleviate some of the stress players in tough situations may experience, it's hard to believe that in just a few seasons, the transfer portal has become "unsustainable." Or at least, that's how Alabama head coach Nick Saban sees it.

Saban expressed his concern for the state of college sports recently, adding that name, image and likeness deals, colloquially known as NIL deals, are causing the collegiate landscape to become a minefield of adding players to your team, while also forcing others out. The explosion of NIL deals has caused strain on the system, which Saban says allows schools to essentially buy players. 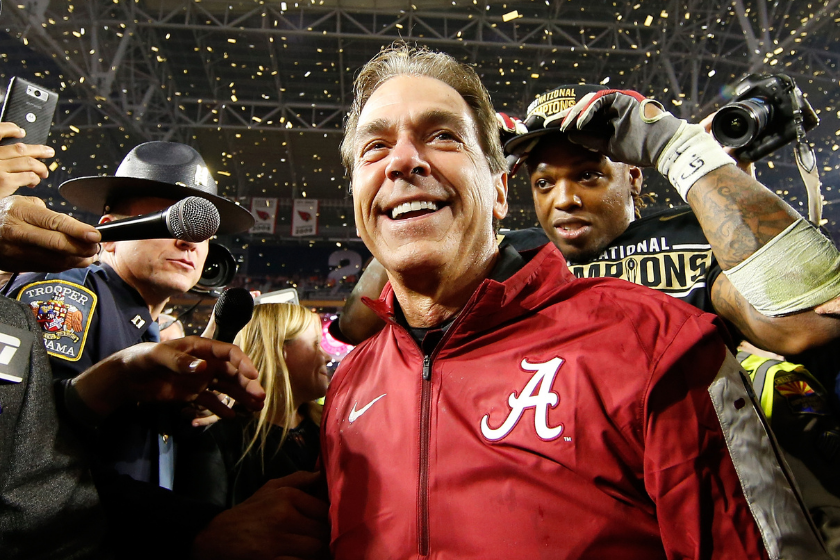 In a recent interview with the Associated Press' Ralph D. Russo, Saban made his feelings on the situation crystal clear. "I don't think what we're doing right now is a sustainable model."

Saban's not wrong, but it's possible he's right on a much larger level. It's clear from looking over the last decade of primetime college sporting events that the SEC has run the show. Whether it's Alabama cruising to another college football playoff appearance or Georgia climbing up the ranks to finally win a national championship of their own. Playing football in the SEC in order to make a name for yourself ahead of your professional NFL career is like going to Hollywood to become a movie star and your first role is in a Marvel movie. You're going to get paid.

Endorsements are great, but when you play for a college team with a national presence, those endorsements go from zero to 60 very quickly. Gonzaga basketball player Drew Timme has a NIL deal with Dollar Shave Club simply because he has a mustache and was on the No. 1 team in the country. I'm sure there are other mustaches on lower-ranked teams that don't have NIL deals tied to their facial hair.

Saban continues: "But that creates a situation where you can basically buy players. You can do it in recruiting. I mean, if that's what we want college football to be, I don't know. And you can also get players to get in the transfer portal to see if they can get more someplace else than they can get at your place."

This is where Saban's argument can ruffle some feathers.

In a way, playing Alabama football was already a way to make money off your name before getting to the NFL. Suiting up for 'Bama automatically gives college athletes a boost in recognition and draft stock. Alabama had more alumni playing in the NFL in 2021 than any other school. The currency was already there, it just wasn't tangible. Now that NIL deals are a part of the collegiate athletic experience, the Alabama Crimson Tide's allure is softened.

Now, if a player is sitting behind a starter like Alabama quarterback Bryce Young, there's very little incentive for them to stay in Tuscaloosa. However, there is an incentive for the player to stay within the SEC and move to Auburn, LSU or Texas A&M. Seriously, what's stopping Lane Kiffin from getting a kid from USC or Notre Dame to transfer to Ole Miss because the money from his NIL opportunities will be lucrative, given the team's conference. It's something we've already seen in college basketball this year under slightly different circumstances, but still, to Saban the fact that it's happening is the problem.

Even before NIL deals, when Jalen Hurts transferred to Oklahoma after his 2018 National Championship performance it was 100 percent to up his visibility on the national level and to get out from behind Tua Tagovailoa, who was going to remain Bama's starter. It is undeniable that his transfer helped his NFL Draft stock and helped him make more money once out of the league. We saw the same thing with Justin Fields and his transfer from Georgia to Ohio State. Once Fields was drafted by the Chicago Bears, the commercials immediately started to bombard viewers.

Is Nick Saban Right About the "Unsustainable Model" of the Current Transfer Portal? 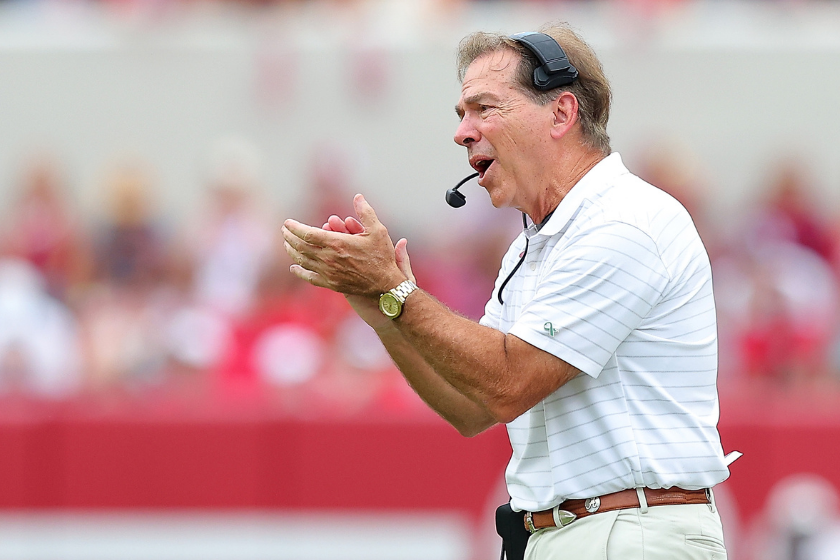 RELATED: "They're Not Defined by One Game": Nick Saban's Touching National Title Moment

All of this to say, NIL deals are a great way for players to be compensated beyond the education they are receiving from the school on their jersey. That's a good thing. But, given the nefarious nature of boosters, as well as some hard evidence that too many unrestricted and unwatched hands in the process will get things muddled and will affect the school negatively. Don't believe me, go back to the 1980s and look at how some of those recruiting classes were constructed. You'll realize that some schools have not learned their history.

Back to Saban. Like so many things he's said about the CFB world, this feels like a warning from the decade's top football coach. NIL deals are a great thing, but they've accelerated things too quickly, making a sustainable model impossible. That will remain the case unless the NCAA can step in and put more clearly defined expectations and regulations in place.

To this writer, Nick Saban is right. If we keep going down this road, the transfer portal will become more like NBA Free Agency, with deals being agreed to before there's a contract to be signed. Whether that is good for college football? The jury's still out, but you cannot argue with Saban's mentality that the current state of things is unsustainable.