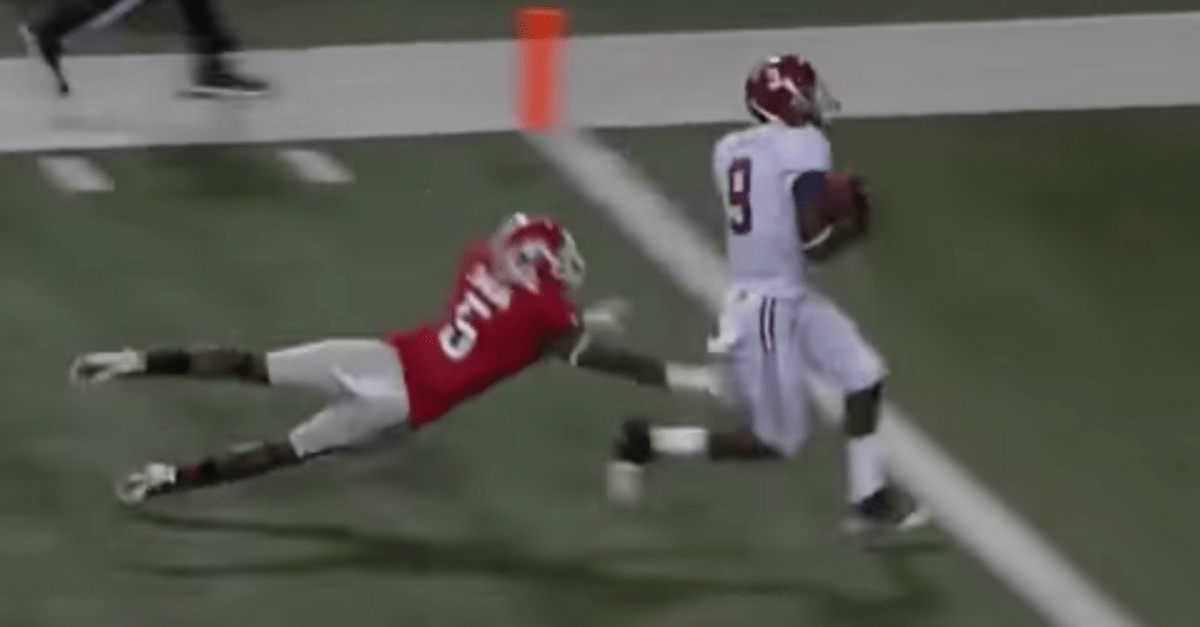 Give wide receiver Amari Cooper an inch and he?ll take it a mile for a touchdown. That?s the kind of speed he has. Whether it was with the Alabama Crimson Tide, Oakland Raiders or now with the Dallas Cowboys, he has proved to be one of the best in the business time and time again. There is one play that really sparked it all, too.

Before he started catching touchdowns from Dak Prescott in the NFL, Cooper was a high school speedster from Miami, Florida, who chose to play college football for head coach Nick Saban in Tuscaloosa. He was electric from the moment he stepped foot on campus and saved one of the Crimson Tide?s title seasons as a freshman.

Cooper?s legacy officially began in the 2012 SEC Championship Game against the Georgia Bulldogs.

Heading into the SEC title game in Atlanta, Alabama was ranked No. 2 in the nation, but needed a win to secure a spot in the 2012 BCS Championship Game. A loss to Texas A&M earlier in the season meant another setback would keep the Tide from the national championship.

Then, Amari Cooper went off. Although running backs Eddie Lacy (181 yards, two touchdowns) and T.J. Yeldon (153 yards, one touchdown) were the stars of the game, Alabama quarterback A.J. McCarron and the freshman wide receiver linked up eight times for 128 receiving yards and a score.

That, of course, included the game-winning, 45-yard touchdown with just over three minutes to play.

The rest is history. Alabama smashed Notre Dame in the national championship game and Cooper, who captured freshman school records set by Julio Jones, went on to have a stellar career for years to come.

During his NCAA career, Cooper won the SEC title twice, a national title, the Biletnikoff Award, was named a Unanimous All-American and All-SEC selection, and became a Heisman Trophy finalist in his last season.

Cooper was selected in the first round (No. 4 overall) in the 2015 NFL Draft and earned four Pro Bowl selections, including as a rookie, in five seasons with the Raiders and Cowboys.

As the 2015 draft class writes its story during the NFL regular season and playoffs, Cooper will continue to punish cornerbacks across the league. And just think, one of the first times we all saw that blazing speed, it helped save Alabama?s national title run.