Bear Bryant’s 1972 Cadillac is For Sale, And You Could Own It Next 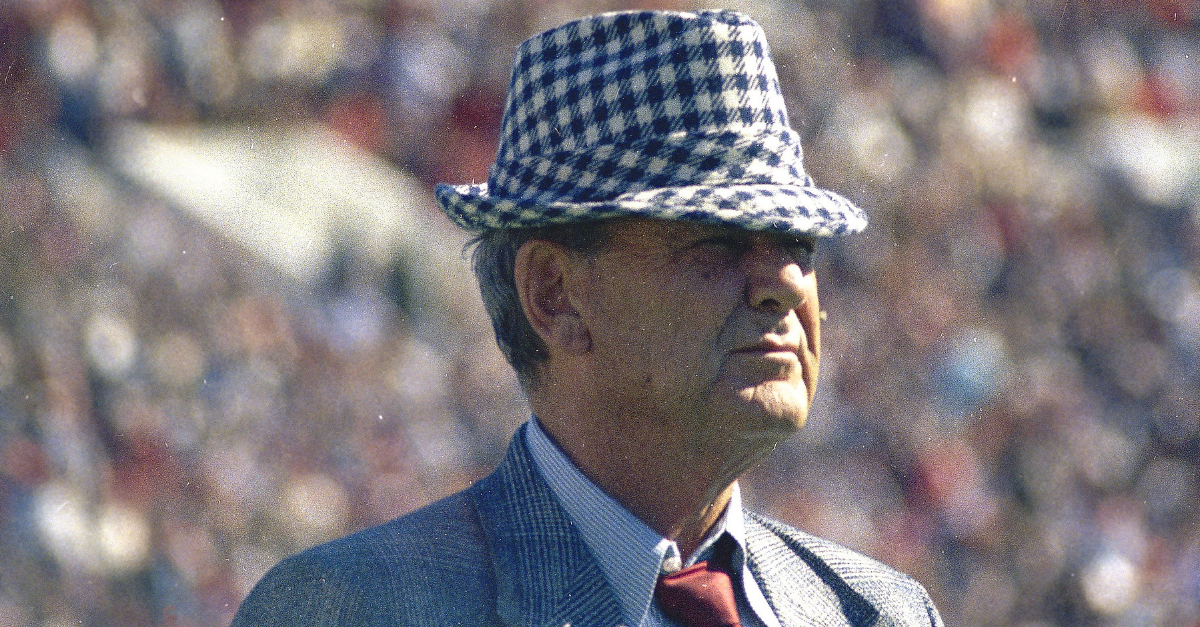 At the University of Alabama, football is king. The dynasty that’s been perfected over the last decade by Nick Saban began with Wallace Wade’s three national championships between 1925 and 1930. In 1934, Frank Thomas brought home Tuscaloosa’s fourth championship (then its fifth in 1941), but that team had one player on it that would eventually become maybe the greatest college football coach to ever live.

Paul “Bear” Bryant played for the Alabama Crimson Tide on that 1934 national title team, then took over in 1958 as the program’s head coach. Over the next three decades, The Bear captured six NCAA national championships, 13 SEC titles and three AFCA Coach of the Year awards. Bryant’s 323 wins as a Division I coach ? now known as the FBS ? with Maryland, Kentucky, Texas A&M and Alabama ranks third all-time behind Joe Paterno and Bobby Bowden.

It’s safe to say Paul Bryant is a legend. Knowing that, wouldn’t you like to take a spin in the very same car that transported him all around the University of Alabama?

A Scottsboro man named Roy Sanford is selling Bryant’s 1972 Cadillac DeVille with an asking price of $30,000. Despite this classic car being well-beyond its best days, Sanford is confident the nostalgia behind it is enough to support the price tag.

“The value of the car depends upon how devoted and how much you believe in Bear Bryant and how big of a fan you are and how much you’d like to have the only one item you can have that belonged to him, that he sat in many times, traveled in, that no one else can have, if you have it,” Sanford told WAFF in Scottsboro Alabama.

According to The Sand Mountain Reporter, the Tuscaloosa native first met Coach Bryant in 1958 when he returned to takeover the University of Alabama football team. Apparently, The Bear even told Sanford that he should become a preacher, which launched him into a career as a church pastor by the time he was a high school senior.

If you’re worried about authenticity, Sanford has you covered. The vehicle’s new owner will get a factory guarantee that shows the car was delivered to Bryant at the University of Alabama with a listed vehicle manufacturing date at January 31, 1972.

Anyone interested in making an offer and getting information on this rare piece of college football history can email Roy Sanford at [email protected], per WAFF.

READ MORE: This ’68 Mustang Is an All-Electric, Record-Breaking Beauty from Texas