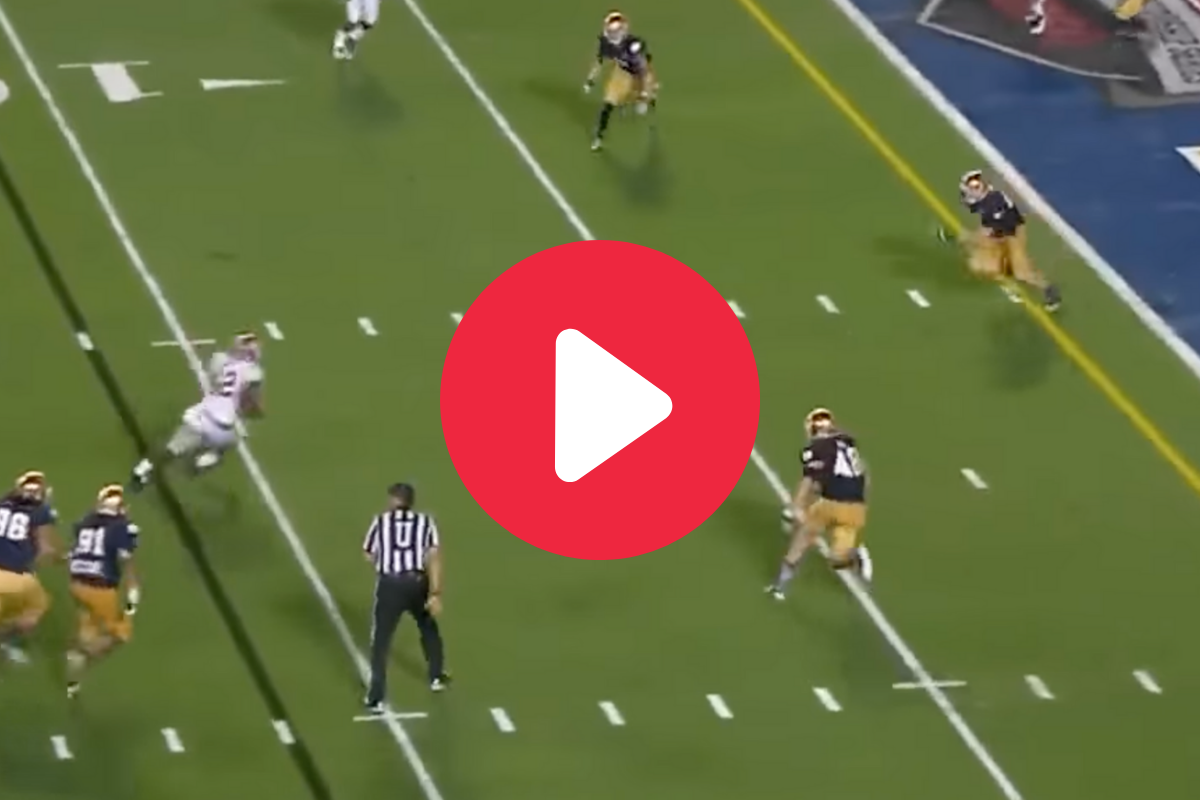 The Alabama Crimson Tide completely destroyed the Notre Dame Fighting Irish in the 2013 BCS National Championship Game. It wasn’t even close. That Monday night matchup in Miami Gardens, Florida was more of a party than it ever was a college football game, and running back Eddie Lacy was a big reason why.

Lacy made Sun Life Stadium his own personal playground. He took 20 carries for 140 yards with a touchdown, added two catches for 17 yards and another score, and earned Offensive MVP in the Tide’s 42-14 victory.

RELATED: Eddie Lacy’s NFL Career Was Short-Lived, But Where is He Now?

On the first possession of the game early in the first quarter, Alabama running back Eddie Lacy took the handoff and found the end zone for a 20-yard touchdown run. It looked way too easy. He was just getting started for head coach Nick Saban, too.

There were no answers for Lacy or the Alabama backfield. The Fighting Irish and head coach Brian Kelly couldn’t contain Lacy or running back T.J. Yeldon, who added 108 rushing yards and a touchdown. They couldn’t stop quarterback A.J. McCarron, wide receiver Amari Cooper or tight end Michael Williams, either.

Late in the second quarter, after an Everett Golson interception and the Tide already up 21-0, McCarron dumped a pass down to Lacy. The star running back took a few quick steps, put on a vicious spin move, and found the end zone again.

That touchdown pass at the end of the first half essentially sealed the deal. The rout was on. Lacy won Offensive MVP, while linebacker C.J. Mosley won Defensive MVP.

Alabama went 11-1 during the regular season with a loss to Texas A&M, took down Georgia in the SEC Championship Game, and whooped up on Notre Dame for the national title. The Crimson Tide were clearly the best team in college football that year with multiple NFL Draft Picks on the roster.

Lacy, who finished his college career with 30 rushing touchdowns, was certainly one of them. He was a second round pick that spring, won NFL Offensive Rookie of the Year in 2013 with the Green Bay Packers and last played for the Seattle Seahawks in 2017.

Alabama’s running game is always good. So is the offensive line. What Eddie Lacy did throughout the BCS Championship, however, was legendary, and that spin move will never be forgotten.