Auburn Opens as Huge Underdog Against Alabama for 2019 Iron Bowl 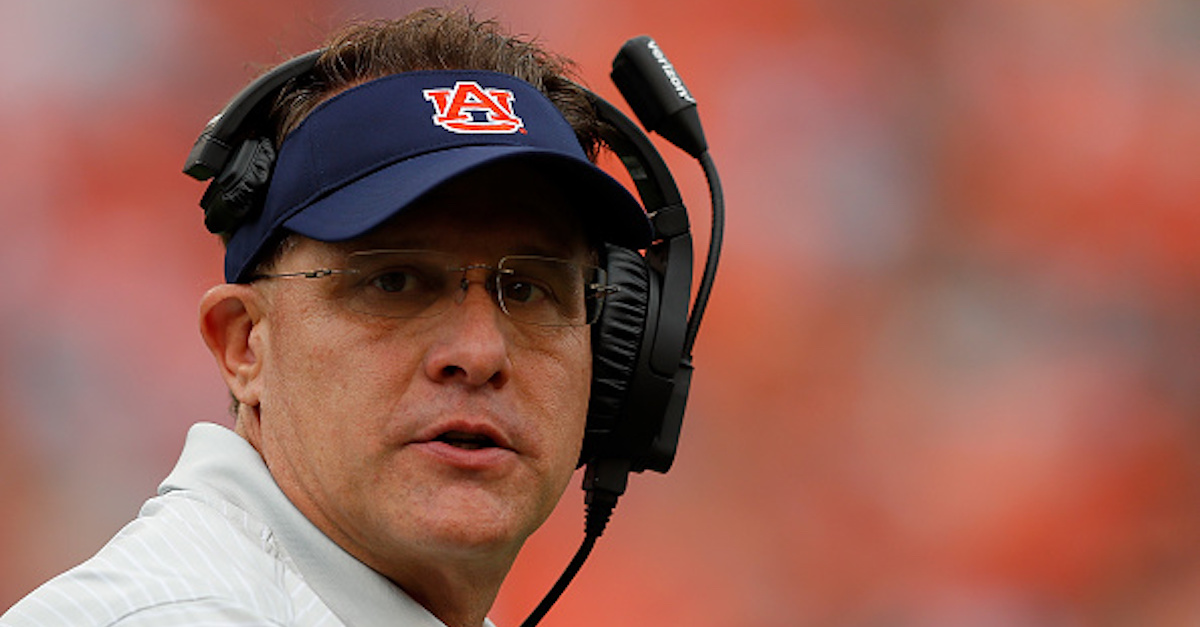 The Iron Bowl was first played in 1893 when the Auburn Tigers defeated the Alabama Crimson Tide, 32-22. Since then, Alabama leads the all-time series with 46 wins in 83 meetings and have the longest win streak (nine games) in one of college football’s best rivalries. The winner of the Iron Bowl ended the season as the SEC West division champion in 10 of the last 11 years.

In 2018, Alabama defeated Auburn by 31 points at home inside Bryant-Denny Stadium. This year, Auburn hosts the Crimson Tide at Jordan-Hare Stadium, a place where the Tigers have won two of the last three meetings. This game is always must-see television, but Auburn football fans might want to look away after early betting lines were released for 47 of college football’s biggest games this season.

According to online gambling website BetOnline.ag, Auburn is a 14-point underdog against Alabama when the two teams meet on November 30 later this year. Sadly, that’s not the only major SEC game where head coach Gus Malzahn’s team is being doubted.

Auburn is listed as an underdog against every major SEC opponent for the 2019 season.

RELATED: Believe It: First Words Spoken on the Moon Were Almost ?War Eagle!?

For what it’s worth, Auburn is listed as a 3-point favorite when they face the Oregon Ducks on August 31 in a neutral site game at AT&T Stadium in Arlington, Texas. Auburn also plays Tulane, Kent State, and Samford in their non-conference schedule.

The Tigers will be replacing quarterback Jarrett Stidham, who declared for the 2019 NFL Draft after leaving the program as a junior. The program came into the 2018 season ranked as the No. 9 team in the AP Poll, but stumbled mightily and finished with an 8-5 record. Skeptics should be expected without knowing a few obvious questions about Auburn this season.

They did absolutely obliterate Purdue in the Music City Bowl, 63-14, as Stidham needed only 15 completions to rack up 373 passing yards and five touchdowns.

Having to play both the Florida Gators and Georgia Bulldogs from the SEC East this season is a tall task, but the Tigers better be ready to play and potentially save Malzahn’s job.