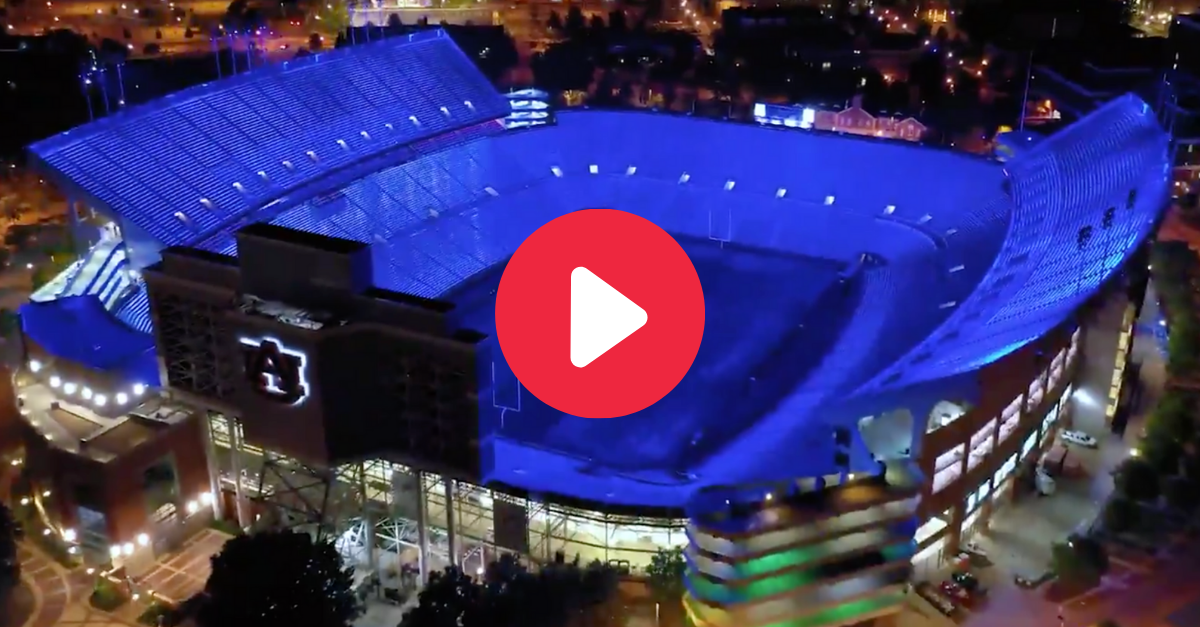 Jordan-Hare Stadium is one of the best in all of college football. It?s the home of the Auburn Tigers, the War Eagle, and a place filled with countless memories. There are some new lights that will make it look even cooler, too.

When Auburn football team trots onto the field for home night games, or when the Tigers score a touchdown against their SEC rivals, the stadium now has new LED lights that can make it look like a concert. They are a combination of orange and blue and will light up Pat Dye Field like never before.

If the coronavirus pandemic and COVID-19 outbreak allows it, next football season will get even better for Auburn fans on The Plains.

Under the lights inside Jordan-Hare just got even more exciting. pic.twitter.com/OE8SGRBU0y

Back in November 2019, the Auburn University board of trustees approved to replace ?the existing metal validate fixtures with LED fixtures.? The cost was estimated between $3.75 million and $4.25 million, and would be financed by athletics department funds, according to the Montgomery Advertiser.

Then, on July 6, Auburn shared what the new LED lighting and possible light show would look like. They are the same ones at the Auburn Soccer Complex and Plainsman Park and replacing the old steel light poles will be much more efficient, too.

Alabama?s Bryant-Denny Stadium and Georgia?s Sanford Stadium have also upgraded their lighting systems in the past, according to CBS Sports.

Add in Auburn?s new LED system with its beautiful scoreboard, and it?s safe to say Jordan-Hare Stadium will continue to be one of the gold standards in college football across the country for years to come.

MORE: Auburn?s First Iron Bowl at Jordan-Hare is a Day to Remember Forever