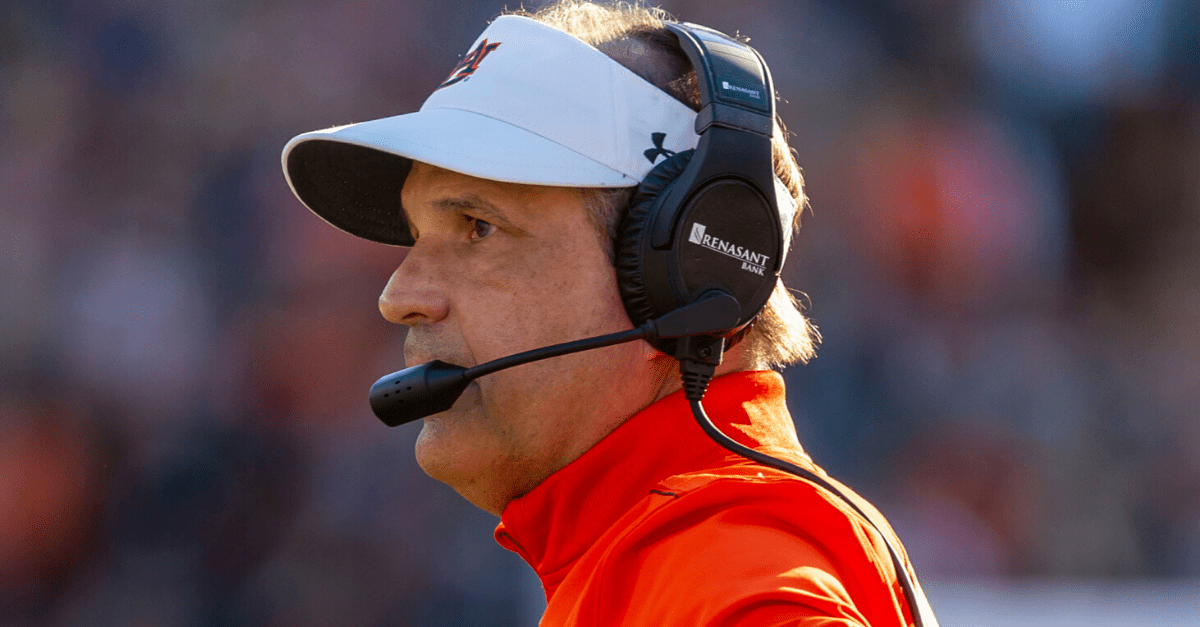 Since his first year on The Plains, the Auburn Tigers have ranked 7th, 12th, 14th and 17th in scoring defense among all FBS college football teams. Churning out All-SEC talents and NFL Draft picks from Carl Lawson to Derrick Brown continually push Gus Malzahn’s program to challenge at a national level. Just last season, Auburn went on the road and became the only defense to hold the College Football Playoff national champion LSU Tigers to less than 36 points. That game ended in a narrow 23-20 victory for Ed Orgeron’s program.

Auburn announced on January 22 that the school was rewarding Kevin Steele’s incredible resume with a new three-year deal to remain at the university. AL.com confirmed Steele’s contract extension will pay him $2.5 million annually, making him the highest-paid assistant coach heading into next season.

“Kevin has done a fantastic job with our defense the last four years making it one of the best in the country,” Gus Malzahn said in the school’s press release. “This will provide great stability and leadership for our defense in the future. I’m appreciative of Kevin’s hard work.”

With former LSU defensive coordinator Dave Aranda taking over as head coach of the Baylor Bears ? one of many title-winning Tigers leaving Baton Rouge ? Steele is slated to become college football’s top-paid assistant football coach, according to the USA Today Sports salary database.

Auburn will be replacing several key players next season, including highly-touted defensive linemen like Brown, Marlon Davidson and Nick Coe, but the pipeline is stronger than ever.

One game stands in the way of #SBLIV

Four-star recruits Zykevious Walker and Chris Thompson are enrolled for Auburn’s spring semester, while fellow four-star signees Wesley Steiner and Jay Hardy will also be entering the program this season. Mix these freshman with returning starters like Owen Pappoe (the No. 1 OLB of 2019) and K.J. Britt, who was First-Team All-SEC last season, and you’ve got another elite defensive unit that matches up with any team in the country.

See where Steele’s new deal stacks up with other elite coaches from last season.

One thing to note: as head football coaches like Oklahoma’s Lincoln Riley and Texas A&M’s Jimbo Fisher run their own offenses and fill coaching staffs in other ways, the only offensive coordinator in last year’s top 10 was Steve Sarkisian at the University of Alabama.