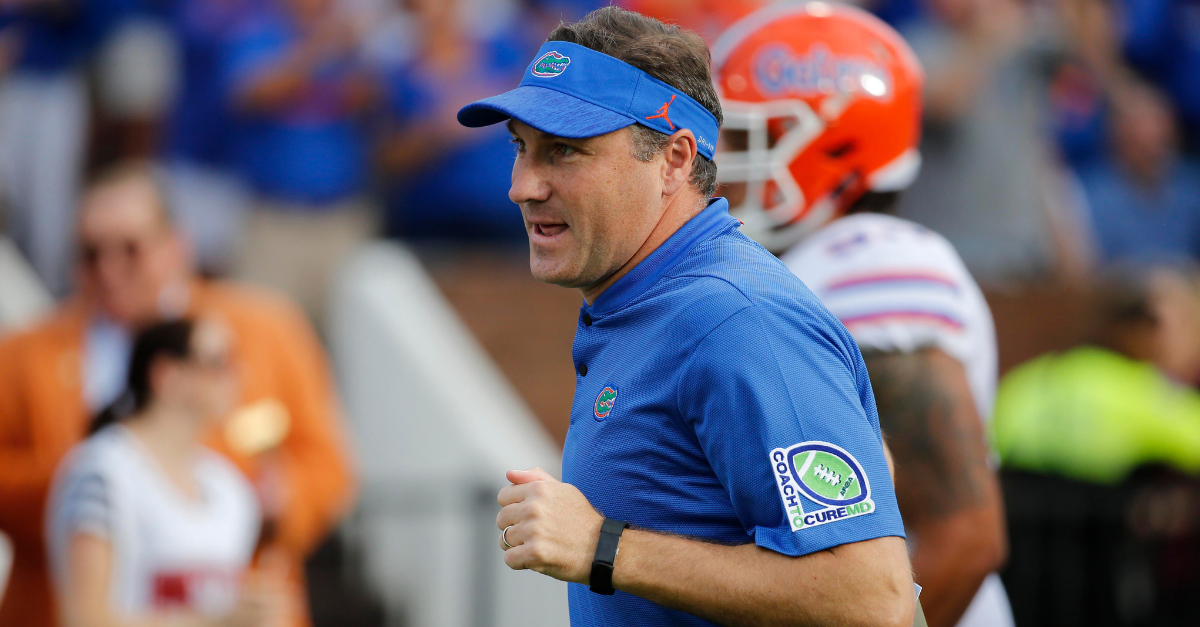 When St. John Bosco (CA) cornerback Chris Steele committed at the All-American Bowl back in January, the Florida Gators and head coach Dan Mullen were jumping for joy. The 6-foot superstar had an offer list a mile long from many of the nation?s top programs and he chose to be in Gainesville. Now the highest-ranked member of the 2019 recruiting class is looking to leave the school before ever playing an official college football game.

After enrolling early and recording one tackle and two pass breakups in Florida?s annual Orange & Blue spring game, the five-star recruit has entered his name in the NCAA Transfer Portal, according to Gainesville Sun reporter Zach Abolverdi. The reason for leaving should make fans pretty furious, too.

Steele, the No. 19-rated recruit by Rivals, was uncomfortable living with classmate, quarterback Jalon Jones. He requested a change to live in a different dorm to the Florida staff during his first month, but nothing happened, according to The Sun. The defensive back decided to make the change permanent himself.

BREAKING: Details on Chris Steele’s decision to transfer from Floridahttps://t.co/IhYEKTmrLD

Although Steele placed a request, the coaching staff apparently did not plan to move him until this summer. That was upsetting to both him and his parents, according to the paper?s source. What happened next shows why he was so uncomfortable.

Jalon Jones, a 6-foot-3 dual-threat quarterback from Richmond, Virginia, was accused of sexual assault in the players? dorm room by two female students. Jones has not been charged with sexual battery, but is no longer on Florida?s campus.

A native of Los Angeles, California, Steele recorded 32 tackles, two blocked field goals and one interception in helping St. John Bosco reach the high school state championship game as a senior. He certainly has NFL potential early in his career, too. The Florida freshman cornerback will just be playing somewhere else.

Steele won?t have any issue finding a new home. After all, he fielded offers from of the country?s top teams like Alabama and Georgia in the SEC as well as Clemson, Colorado, Florida State, Miami, Michigan, Texas, Oregon and USC, among so many others.

Chris Steele?s decision after spring practice ended is not good for Florida football, no matter how anyone tries to spin it. The choice should be respected, though, because the young man identified a big problem early, nothing was done, and then something happened that could have put his image and career in serious jeopardy before it ever got started.

READ MORE: Auburn Over Florida? Former No. 1 Prospect Admits He Made the Wrong Choice