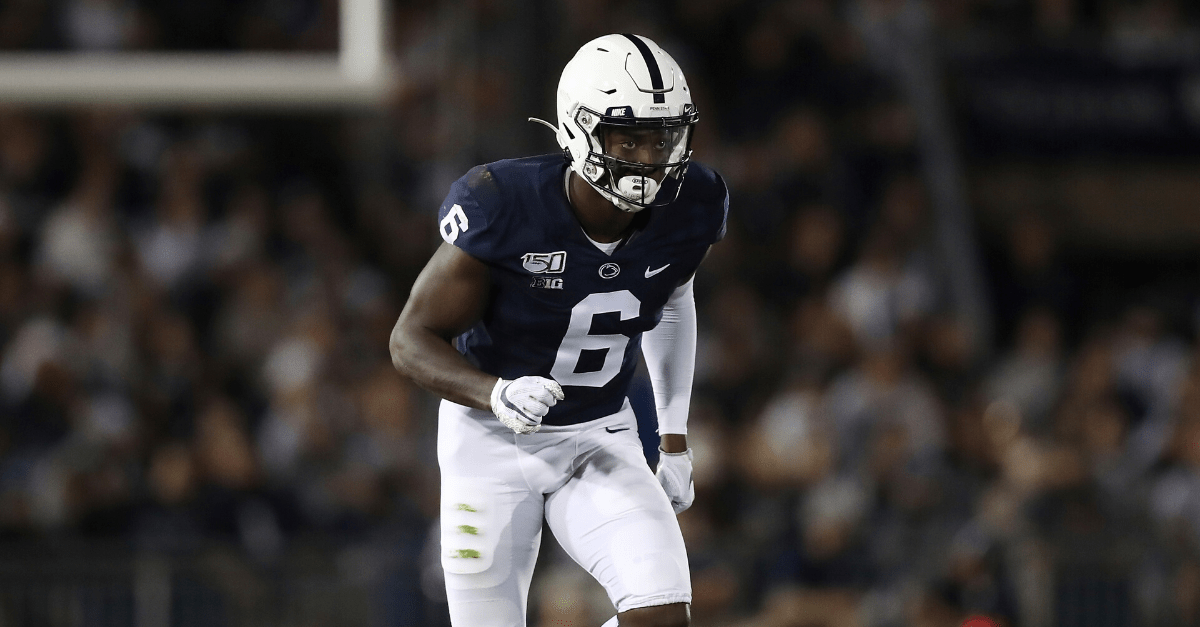 The Florida Gators aren’t known for churning out elite wide receivers. Outside of Antonio Callaway and Demarcus Robinson in recent years, the best wideout to star in Gainesville was Percy Harvin, who was once the No. 1 wide receiver in his recruiting class before helping UF win two national titles and excelling in the NFL.

The former five-star recruit was once the No. 1 wide receiver and eighth-best prospect overall in the class of 2018 before joining the Penn State Nittany Lions. He officially signed with Florida during National Signing Day in early February 2020.

Shorter is the highest-rated wide receiver prospect since Harvin, according to 247Sports ratings.

Shorter saw limited action at Penn State. The New Jersey native caught just three passes for 20 yards in 2018 and 12 receptions for 137 yards and zero touchdowns in 2019 before entering the NCAA transfer portal in November.

Shorter dominated high school defensive backs at South Brunswick High School, where he showcased a blend of speed, strength and height college football coaches dream of. He caught 112 passes for 1,822 yards and 21 touchdowns in three years there.

Following back-to-back top-10 finishes and wins in New Year’s Six bowl games, Mullen has surrounded Trask with the talent needed to take the next step in 2020.

The Gators held the nation’s No. 9 recruiting class behind SEC teams like Georgia, Alabama, LSU, Texas A&M and Auburn.

#Gators WR Justin Shorter has just been ruled eligible to play in the 2020 season after he got his waiver approved by the NCAA. He was a former 5 ⭐️ Recruit in the 2018 class before transferring from #PennState to #Florida. pic.twitter.com/yIOqRVVVo5

It took a few months, but it’s finally official: Florida Gators wide receiver Justin Shorter has been granted immediate eligibility and can play in 2020. The five-star transfer announced the NCAA’s decision on Instagram.

“Finally Got the waiver… go time,” he wrote on social media.

Justin Shorter finally got his waiver and is immediately eligible to play this season! Our wide receiver corps was already one of the best in the country! pic.twitter.com/BgX7o2Qata

This is huge news for Dan Mullen’s Gators, and he will be ready to catch touchdowns all season long.

This post was originally published on February 5, 2020 before updating.

MORE: This 5-Star DE is Florida’s Next, Dominant Defensive Lineman