Some things are just common knowledge for devout Tim Tebow fans. For starters, his iconic jump pass and "Soak at Doak" run helped launch his Heisman Trophy-winning college career at the University of Florida. Videos of his fiery speeches and inspiring commercials should be engrained in their memories.

On a personal level, the 33-year-old was born in Makati, Philippines, as somewhat of a miracle baby following his mother's battle with amoebic dysentery during the pregnancy. He then grew up in Jacksonville, Florida, starred at Nease High School and went on to have a pretty darn incredible football career. The former NFL quarterback for the Denver Broncos and New York Jets wound up marrying former Miss Universe Demi-Leigh Nel-Peters in a beautiful South African ceremony.

While the spotlight has been on Tebow for most of his life, you might not have known he has three other siblings. Tebow's older brother, Robby, has quite the interesting life story himself.

Tim Tebow's parents are Pamela Elaine and Robert Ramsey Tebow II. According to Jacksonville.com, the two met as UF students in the 1960s and went on their first date to (where else?) a Florida-Georgia game. After wedding in 1971, the couple and their four children moved to the Philippines in 1985 to work as missionaries.

The family grew up on a 44-acre farm outside Jacksonville, and all of the kids were homeschooled. 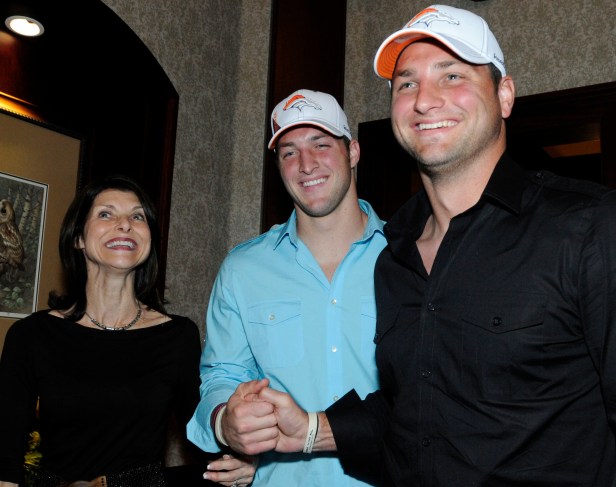 Robby Tebow is Tim's older brother. Judging from numerous Instagram posts and shoutouts on social media, the two have always been pretty close.

Robby calls himself a filmmaker. In 2019, the two served as executive producers of the Christian inspirational film Run the Race, a movie about two brothers (Zach, played by Tanner Stine, and David, played by Evan Hofer) who use football to help cope with their mother's death and father's absence.

"It's exciting," Tim Tebow told USA Today of the movie. "I've received a lot of scripts over the years. But I haven't always wanted to be in filmmaking. I want to do the right films, films that will encourage or inspire or move people."

The 38-year-old Robby doesn't appear to have a spouse or children, but he's still clearly close to his siblings and parents. In fact, that's pretty much all his Instagram feed is full of.

"I'lll always have your 6! Happy Birthday bro...Love U @timtebow" he wrote on Instagram in August 2018.

Robby could work as Tim's stunt double if the former quarterback ever needed someone to step in for him on ESPN or SEC Network.

Seriously, the resemblance is uncanny.

Robby Was Once Cited For "Striking a Police Horse"

It wouldn't be fair to tell Robby Tebow's story without including everything we know. It turns out the brother of Tim Tebow has been in some minor trouble with the law.

According to records on the Alachua County Clerk of Court website, Robby was once cited for "striking a police horse" in Gainesville back in 2006. Robby, who was 25 at the time, "reached out of a large crowd and struck Justice" on the left hind quarter in the downtown section of Gainesville at approximately 2:10 a.m., according to court documents. To put it simply, it sounds like he slapped a horse's ass.

Florida law states that "any person who actually and intentionally maliciously touches, strikes, or causes bodily harm to a police canine, fire canine, SAR canine, or police horse commits a misdemeanor of the first degree."

Robby only had to serve 15 hours of community service and donate $150 to charity, per court records, so the misdemeanor incident was by no means life-altering. Still, it's worth noting that this took place in April 2006, just months before Tebow would help the Florida Gators win a national championship under head coach Urban Meyer. 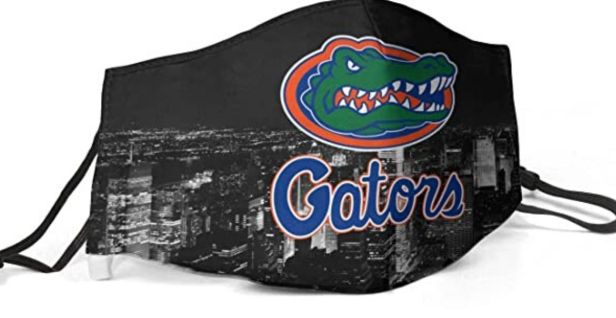