From Football to Baseball, Tim Tebow’s Jerseys are Perfect Keepsakes 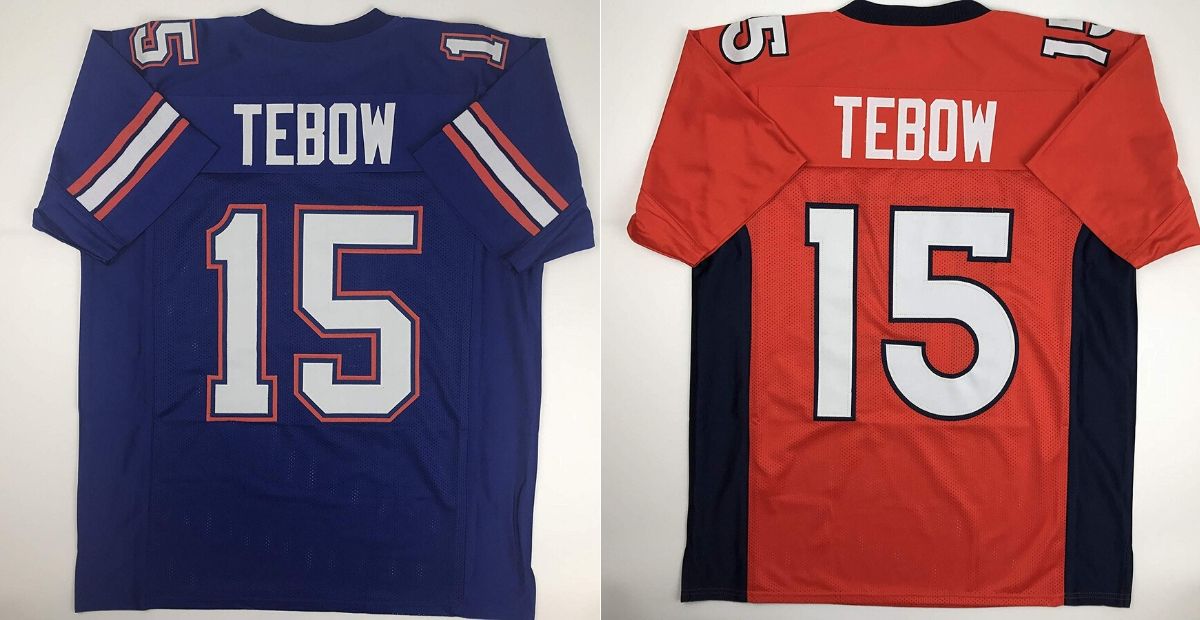 If you take a look at my Facebook posts from middle school, you’ll come across a lot of Tim Tebow quotes. He was such an inspiration growing up. As a young woman, it’s rare that you look up to a college football player. Tim Tebow once turned a huge Texas fan into a Florida Gators fan. Hook ’em forever, but Tebow’s college football days were everything to me.

Take away his football talent, and you still have a man with an impressive skillset. After his time in the NFL, Tebow pursued a baseball career. Although he’s no longer playing professional football or baseball, you still have an athletic and influential person that sports fanatics and analysts still talk about today. Pay homage to the man with your own Tim Tebow Jersey.

Throwing it back to the good ol’ high school days. Here’s where it all started!

Tebow’s Florida uniform topped jersey sales lists for years, even if he never made a dime off them.

Relive Tebow’s playoff victory over the Pittsburgh Steelers over and over. Show people you’ve been a longtime fan of the 2007 Heisman winner with this Denver Broncos jersey.

Right after Denver released Tebow, he had a short career with the Jets. I feel like Jets fans are just as passionate as Dallas Cowboys fans, so go ahead and get the jersey. Forget the stats.

You either love them or you hate them. Regardless, Tebow was once a Patriot, so we were all rooting for them at some point.

This jersey is just strange to look at. Number 11? Yep, technically Tebow was an Eagle at some point.

Tebow was a talented baseball player. Rumor has it a Los Angeles MLB team had an eye on Tebow when he was in high school. Can you imagine if he would’ve went into the major leagues instead of the NFL?

Well, after his football career ended, Tebow played with the Mets for a minute. You can remember his time with the minor leagues with this Mets jersey.

He’ll never catch Rookie of the Year Pete Alonso on the field, but Tebow is still one of New York’s favorite players. This Mets jersey is nice! It’s only $70, which isn’t bad for a jersey. Show off your love for number 15.

Visit the NFL Shop for more top seller replica jerseys and collectibles. If you’re looking for a budget-friendly way of showing your Tim Tebow pride, consider number T-shirts. Now, when is this guy going to be inducted into the Florida Hall of Fame?