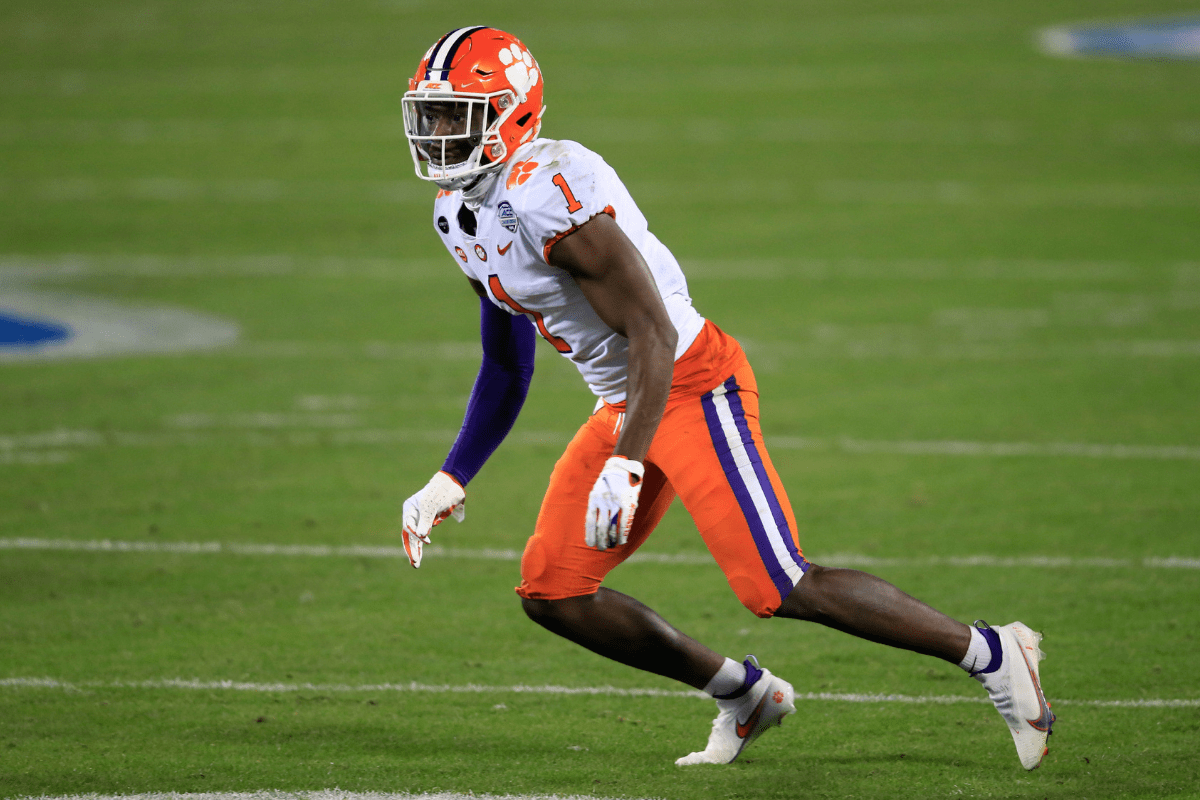 Kirby Smart is reloading his secondary.

The latest in his fresh crop of defensive backs is from his team’s first 2021 opponent.

He committed to Dabo Swinney and the Clemson Tigers prior to his senior season.

At Clemson, Kendrick played his freshman year at wideout before switching to cornerback.

He had success on the defensive side of the ball, accumulating 63 tackles, four tackles for loss, 11 pass breakups, two fumble recoveries, and three interceptions ? including a 38-yard return for a touchdown ? in 22 games. He was named Second-Team All-ACC as a sophomore and First-Team All-ACC as a junior.

Kendrick was suspended from the team multiple times last season, and Swinney finally cut the cord in February.

The football player was expected to enter the 2021 NFL Draft ? he was a first-round projection to some experts ? but decided to return for his final year of college football. He entered the Transfer Portal in March.

Kendrick was charged with a weapon misdemeanor in his hometown later that month.

BREAKING: #UGA lands #CLEMSON DB transfer Derion Kendrick. Huge get for the Bulldogs and he will open game one in Charlotte versus his former team. @dawgs247 (FREE) https://t.co/mCBx7x5x9Y pic.twitter.com/gwCYuCPvCB

Former Clemson cornerback Derion Kendrick announced he was transferring to UGA on June 1. He’ll bring talent and experience to a youthful secondary.

Given his pedigree and experience, he should start for the Georgia Bulldogs right out of the gate. He’ll be able to play immediately due to the new transfer rule that doesn’t require one-time transfers to sit out an entire year.

The DB is the latest transfer to head to Athens following former LSU tight end Arik Gilbert. He’s looking to build on the momentum he established last year and has already made a mark in preseason camp. Expect Kendrick to be a pest to receivers at the line of scrimmage.

The newest Georgia football team member will see a familiar foe in his first game wearing the red and black.

Georgia squares off against Kendrick’s former team in the season opener in Charlotte, North Carolina on September 4th. The game airs on ESPN on ABC.