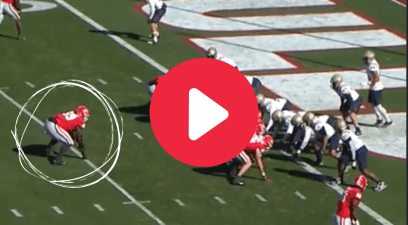 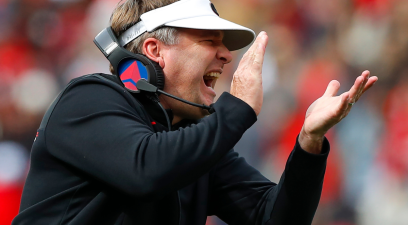 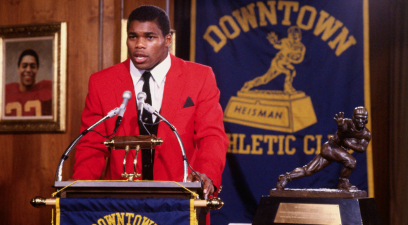 Herschel Walker Flipped a Coin to Choose Between Georgia and the U.S. Military Of every popular sport, you’d think that track & field is probably one of the safest. There aren’t serious concussion concerns like football. Baseball’s aren’t coming at you fast enough to make birds explode. Hockey pucks aren’t knocking teeth right out of your mouth.

The most impending danger, however, are eight-foot long javelins flying hundreds of feet through the air. Typically, this event is done in an open field with little chance of someone getting in the way. At a recent Georgia Bulldogs track practice, though, a javelin impaled a UGA athlete right through his back and deep into his chest.

Georgia freshman Elija Godwin is already one of the fastest Dawgs to ever step foot on Athens’ campus. In his first collegiate season, the Covington, Georgia native already posted a 20.59-second time in the 200-meter run, which was ninth on UGA’s all-time list and ranked 19th in the country this season. Against Arkansas, the University of Georgia sprinter also ran the 400 meters in 45.92 seconds, which placed him No. 7 in UGA history and was 17th-fastest in the NCAA this year.

As a safety for Newton High School, Godwin was also recruited to play college football by Ball State, Central Michigan, UMass and Miami (OH), among others.

On Tuesday afternoon, Godwin was running backwards while warming up during a routine Georgia track and field practice. According to 11Alive news in Georgia, a javelin was sticking out of the ground at an angle, and Godwin ran backwards directly into it.

The back of the javelin plunged deep into his back, which caused his left lung to collapse. Teammates quickly covered the area with gauze before paramedics arrived on the terrifying scene.

According to the police report obtained by 11Alive, medical personnel had to saw off the javelin and leave part of it deep inside Godwin’s chest just to get him into the ambulance.

After undergoing successful surgery at Piedmont Athens Regional Medical Center to remove the front piece of the javelin from his shoulder blade, Godwin is in stable condition and breathing on his own. The freshman sprinter is expected to make a full recovery.

Full recovery expected for UGA track athlete Elija Godwin after a scary situation: Godwin was impaled on a javelin after backing into it. Details in UGA release: pic.twitter.com/hHISG6NnV9

“We would like to express appreciation for all those who acted so quickly and efficiently in coming to the aid of Elija. Special thanks to our sports medicine staff, UGA Police Department, Athens-Clarke County Fire-Rescue, National EMS, and Piedmont Athens Regional Medical Center.”

If you needed any other reason to keep your eyes peeled when attending a track and field event, remember that stray javelins are equally as dangerous as ones flying through the air.

Expect Godwin to return to Georgia’s track team next year as one of the SEC’s best sprinters, only this time, he’ll be probably be keeping his head on a swivel.

READ MORE: The Story of Jim Thorpe, His Trash Can Shoes, and the 1912 Summer Olympics